Modular materials make up an eco-friendly restaurant in Taiwan

In Taiwan’s southern city of Kaohsiung, architect Ken Lo of Chain10 has crafted an eco-conscious restaurant for the third location of the Japanese grill restaurant chain Tan Zuo Ma Li.

Dubbed the Green Isle after its abundance of greenery, the project emphasizes reduced carbon emissions with its lush landscaping, use of locally sourced and recycled materials and emphasis on natural lighting and ventilation. The architect also used modular metal components to make it easier for the client to replace, disassemble, transport and reassemble parts as needed.Spanning an area of nearly 6,000 square meters, the Green Isle features not only a restaurant space but also new green space that includes a nearly 120-meter pool and over 250 large trees around the property. A bridge was built across the pool to lead guests to the restaurant’s main entrance. At night, special mood lighting is used to illuminate the landscape.

The architect used minimalist decor to highlight the natural characteristics of the materials used — such as the locally sourced marble and the exposed concrete exterior walls — as well as the surrounding environment. “In order to respect the relationship between the building and the green environment, the decorations of the indoor dining area were simplified,” the firm explained. “There was nothing overly complex or intricate but rather a focus on simple, modern choices.”

The landscaping and the large pool also help create a cooling microclimate that counteracts Kaohsiung’s tropical heat. According to the architects, the Green Isle can be 2 degrees Celsius cooler than other parts of the city, which is built mainly of concrete and susceptible to the urban heat island effect. Walls of glass flood the interiors with natural light, while roof overhangs and solar shades mitigate unwanted solar gain. 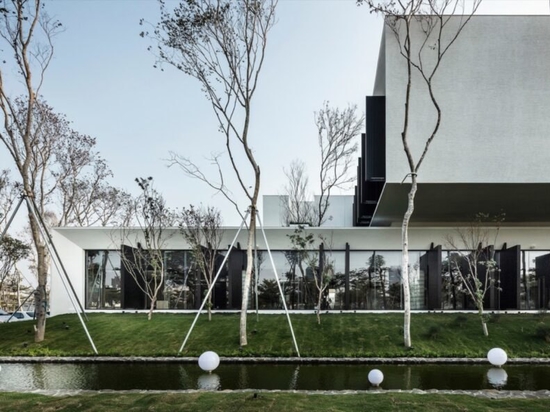 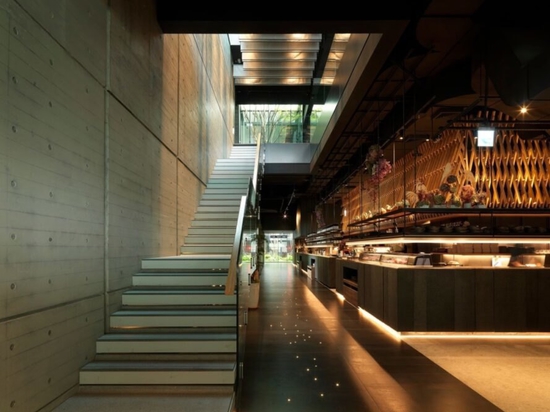 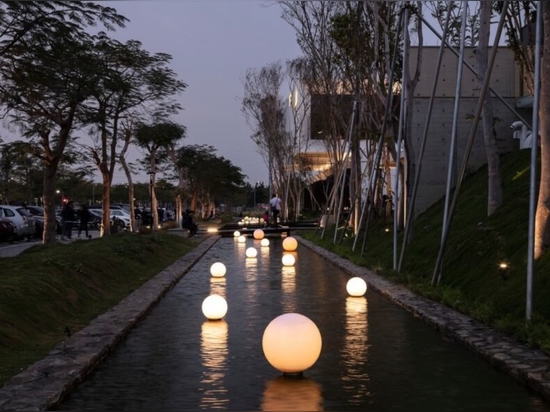 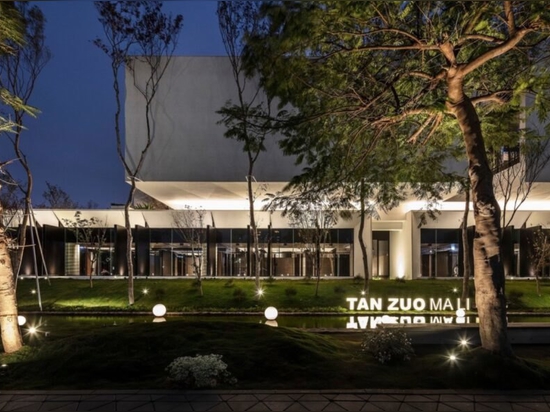