Clay tiles to minimize heat in a house in India

Manoj Patel Design Studio designed a clay facade as a statement for a sustainable approach in Gujarat, western India.

In order to avoid the use of costly and high energy-consuming materials often used on building facades, Manoj Patel Design Studio opted for a vernacular material: clay roof tiles. Instead of placing them on the roof, they have been displayed on the east facade, with undulating patterns that improve the temperature cooling and recall the neighbouring urban fabric. The double V shaped clay tiles were placed following a grid that casts shadow on one another, keeping the interiors cool. The approach is part of the studio’s research on alternative ways to clad buildings in the city of Vadodara, India.

The pieces have been produced by local artisans in order to generate more employment in the area and give a boost to the production of this element. Although the two-storey private house is built with more common materials such as concrete and glass, the addition of a traditional material on the facade becomes a statement on where ‘common’ architecture should be headed for more sustainable edifices in hot climates such as the one in Gujarat, west India. 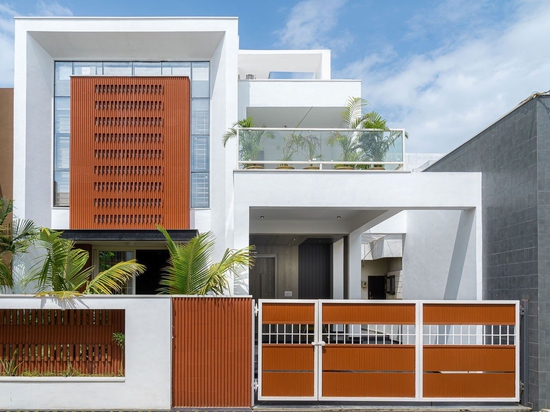 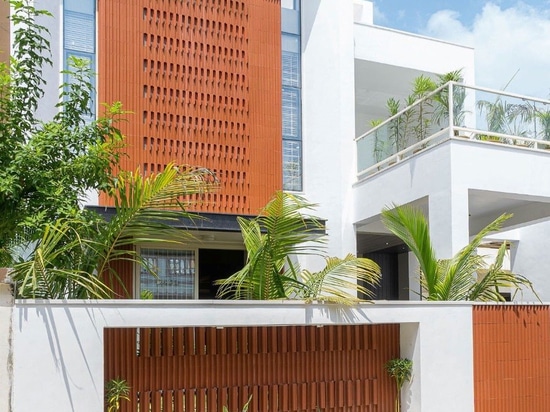 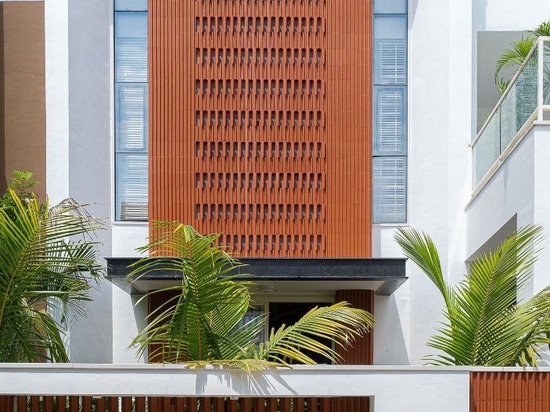