The Andheshwar Mahadev Trust proposes to build a new Shiva Temple within an existing lake in Amalsad town in Gujarat, India

This temple will house a 500 year old deity of Lord Shiva with Parvati.

The existing facilities adjacent to the lake include a temple that is visited by over 200,000 people every week. In addition, a learning centre, library , community hall, food stalls, gardens & dormitories form the extensive campus area.

The new temple therefore does not need any ancillary facilities & the client’s brief dictates that only a prayer space with the deity is to be provided by creating a small island in the lake along with a connecting bridge.

Whilst offering prayers and during festive seasons, a small clay bowl with a wick & oil called “diya” is omnipresent. The ‘diya’ is considered auspicious and similar to lighting candles in churches, people in India light diyas.

The new proposed temple derives its form from the diya, appearing to float in the lake. The main praying space simultaneously also forms a “shikhar” , a slightly curved cone or pyramid that is the most common element of Hindu temples.

Concrete ribs curve along this conical shape creating a self-supporting structural shell. These curves are derived from the form of the river Ganga trapped in Lord Shiva’s hair & represents a very poignant story of how Lord Shiva saved the city from flooding by trapping the river in his hair.

The disc shaped platform within the water has curved concrete fins to provide a sheltered space with steps all around the temple. This would facilitate the large numbers of people who would visit the temple as a contemplative gathering space for social interaction.

The temple structure is surrounded by a shallow reflecting pool that would cool the seating area while creating the perception of the temple rising from within the lake. 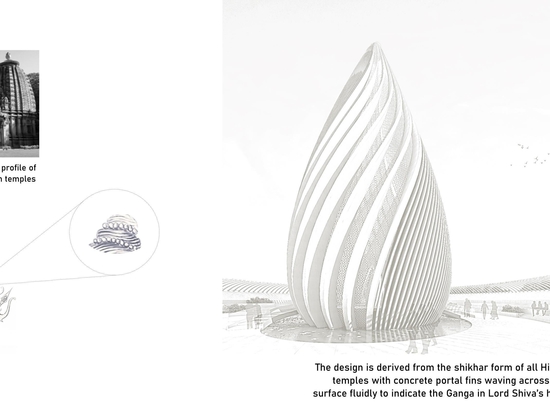 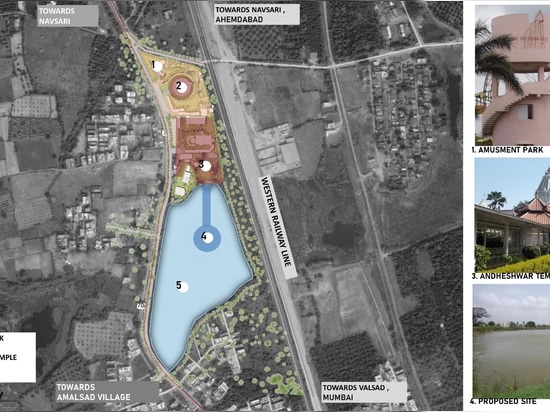 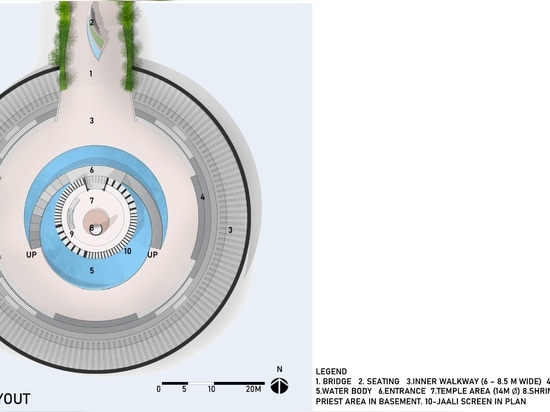 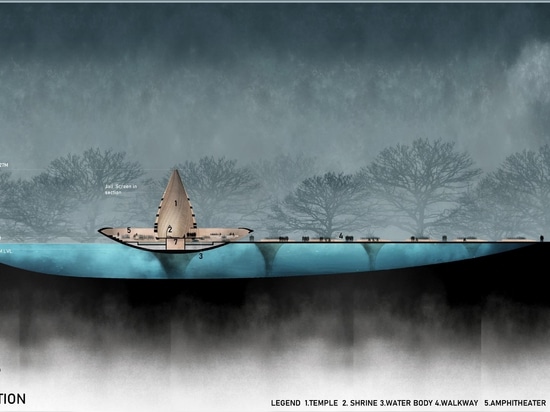