A Nautical Complex On The Wouri River In Douala

Douala, one of the most fluvial cities in the country, is bounded to the southwest and northwest by the Wouri estuary and to the east and south-east by the Dibamba.

These rivers have watersheds made up of eight rivers that cover an area that represents approximately 30% of the territory. In addition, the shores of Wouri and its estuary along about 60 km the urbanized part of its territory. Despite its enormous natural potential, the city does not have any specific reference facilities that meet the requirements of tourist attractions and pleasure boating. This lack of infrastructure is further accentuated by the different activities practiced along the river at the level of the largest contact zone with the urban population, and yet the 2012 PDU-POS 10 intends in its prescriptions to revive the presence of the population. water to the local population, but all this is only ink on paper, because the report made is a total abandonment.

It is with a view to responding to these various shortcomings that we focused our thinking on this project so the theme is entitled: "Attractiveness and urban dynamics: A nautical complex in Douala (Cameroon) for Development and development the banks of the river Wouri ".

Imagine a place such as an open-air museum where culture and modernity are constantly brewing, this is the main theme of our project. The nautical leisure associated with traditional activities will revive the banks of the Wouri River. We want this project to be a reflection of traditional Cameroonian cultures, and also take into account contemporary trends in the design of spaces dedicated to water sports. Restoring a new image to the riverbank will be an essential factor in the development of the city.

- Parking and floating restaurant: positioned south of the project site, with special access dedicated to them for fair management of different flows.

- The aqua-ludic Center: positioned in the central axis of the project with pools and outdoor beaches to amaze the visitor.

- The nautical base: its positioning is axial in order to optimize the effect of the marine currents and to take advantage of the cyclonic movements of the air masses.

- The Cultural Park: green lung of the project, the cultural park develops in all the northern part of the site for a harmony with the vegetation hip already present on the site.

The project is inspired by the principles of nature and cultural aspects of the SAWA people, the water peoples of the region. The enhancement of this architecture goes through the sense of the modernity of the philosophical approach and the different elements of synthesis that emerge.

We are inspired in turn:

• Tam-tam, its forms, its curves and its monumentality;

• The canoe, the main traditional element of connection between land and sea;

In order to propose a project that coexists with its natural environment and local practices, we adopt an approach that integrates:

 An ecological and sustainable approach

 The flexibility and lightness of architecture

The link of the site with the urban fabric is done by means of only one existing way. Two direct accesses will be created to guarantee access for visitors and access for administrative staff. Each of the accesses will be equipped with a gate accompanied by a sentry box to ensure the security of the whole. Two emergency entrances / exits will also be created to ensure firefighter intervention and site coverage. Circulation will be dimensioned to be accessible in case of emergency by fire engines. The pathways and ramps of the project will be covered with natural stone. Non-slip treatments will be performed to minimize the risk of slipping.

The choice made will be to favor the pre-collection by the installation of garbage bins suitable for sorting at specific points. Garbage rooms will be provided for this purpose. This pre-collection will be followed by a daily collection by the competent companies in this case HYSACAM, the health and hygiene society of Cameroon.

The management of wastewater and sewage will be done by a phytopurifier garden system.

The evacuation of rainwater at our buildings will be done through gutter / bamboo tube, they will then be redirected to gutters that follow the natural slope of our site towards the river. As for surface water they will also be evacuated by this same network of gutters based on the already favorable relief of the site.

On the floating platform, the restaurant uses a mini degreasing station to purify grease from wastewater before discharge into the river. 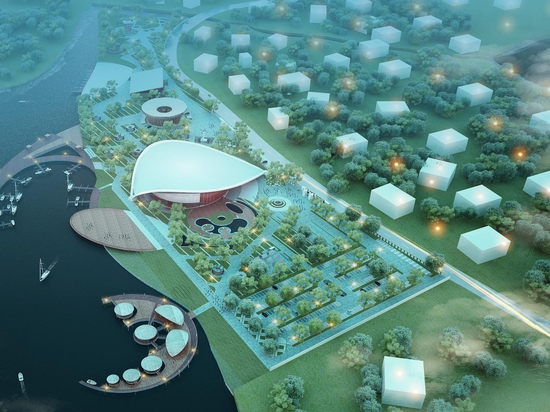 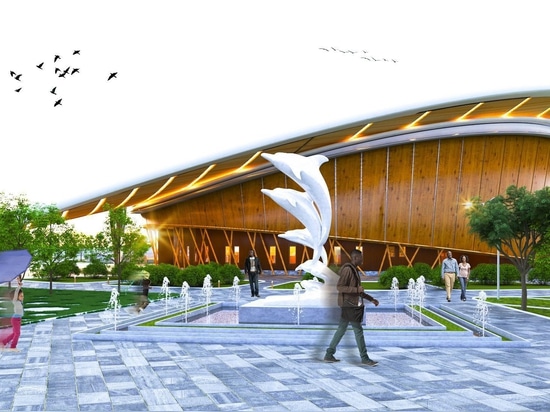 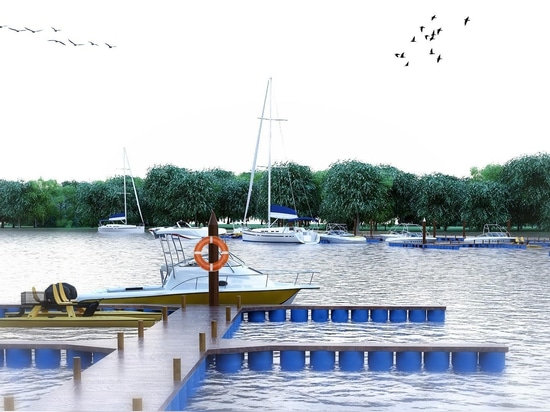 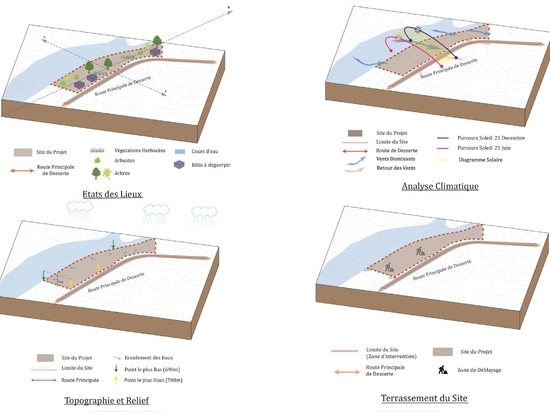 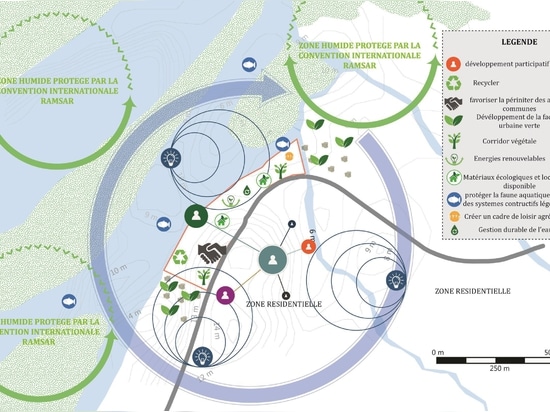 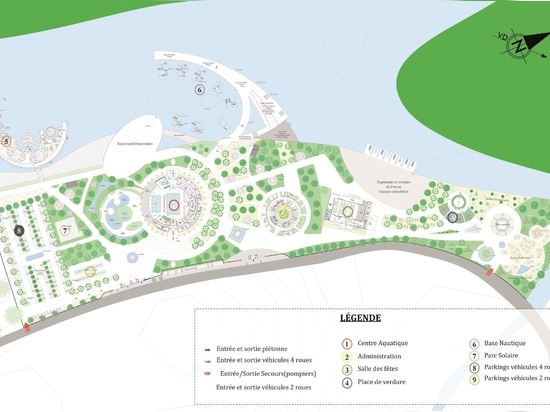