Underprivileged rural dwellers suffer from primitive facilities and infrastructure. In so being, the crime and health incidence has surged in the past years. In order to alleviate the problems of the village, an overhaul in the educational system is a must. Therefore, Jiroft`s authority decided to renovate the sole primary school and change it to a cutting-edge school in favor of children's future. Repetitive articles published by media about child crimes of raping and murdering students at Jiroft's primary school had led to the closure of the building. What's obvious is that the school is devoid of safety and decent security. On the other hand, due largely to the generation gap in the village, the overwhelming majority of people are not interested in traditional public spaces such as mosques anymore. Hence in this design, the underlying approach is to interweave the public space with the function of school in order to create transparency and security. 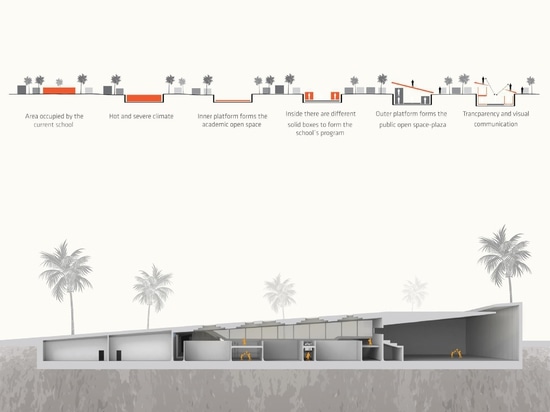 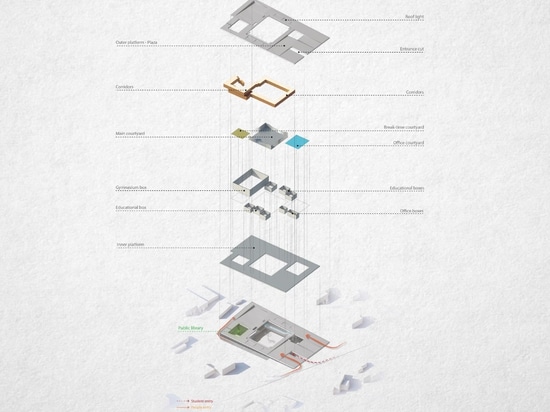 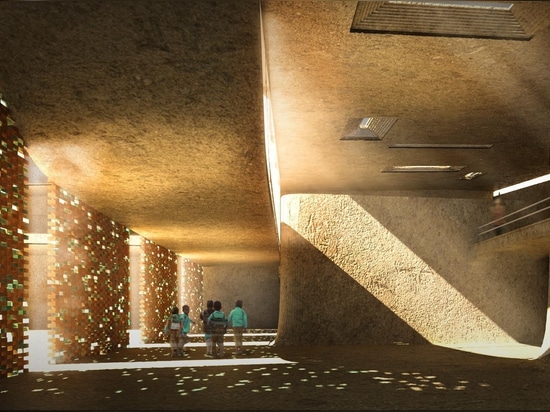