The project is in the capital city of Delhi, India. It is located at a critical junction between south and central Delhi, across All India Institute of Medical Science.

At the heart of the colony is a famous market- Sarojini Nagar, catering not only to the Colony but to the entire city. The site is full of large trees old; they play an important role in forming the character of the place. All the residential buildings are ground plus one and are built in the same way across the vast site.

With the growing need for housing in the city and the change in the permissible floor area ratio, it is time to redevelop this colony and increase the density of the area while maintaining the existing character and charm of the area.

Delhi as a city is becoming increasingly unsafe; especially central Delhi where there is a vast separation between the public roads and private houses with high boundary walls and a buffer on either sides of the walkway. This reduces the eyes on the road and hence making them less safe.

In the fear of making areas unsafe we as a society have started putting barriers all around ourselves, creating segregation between communities and people. This reduces trust and safety while increasing intolerance and conflicts in the community. In the housing we see gated communities with height boundary walls and a single point of access, this in turn reduces the connectivity, isolated us from the community.

The idea for this housing project is to increase safety by connecting people and strengthening the community.

There is a boundary wall created at the edge of the housing to prevent vehicular traffic to enter disorderly fashion. The wall itself is staggered so that the pedestrian traffic can easily walk through the green areas of the site. This increases pedestrian movement throughout the site, reducing vehicular traffic and activating the entire site making it safer.

The ground plane in most buildings is kept free from private functions, instead they have public areas and entrance lobbies, to create pedestrian connection through the building and maintain the privacy of the apartments.

The performing arts center and community halls located on the bottom three stories act as a focal point for community interactions.

The open spaces decks on the seventh and eight floors act as gathering spaces and are to be used during various festivals throughout the year. 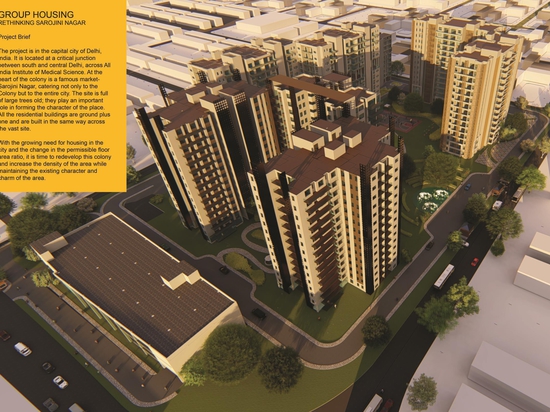 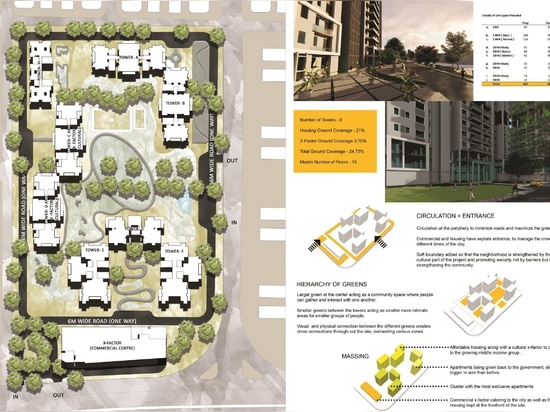 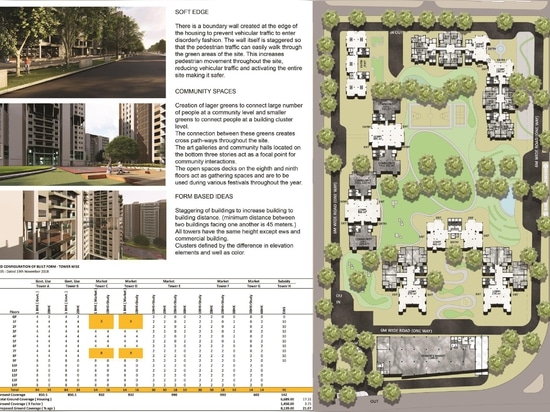 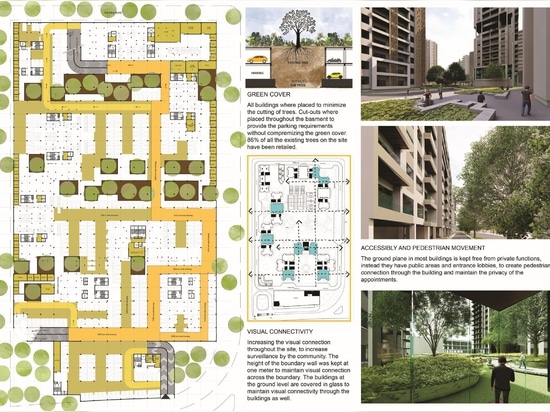