REVIVING NPAK, we tried to look beyond a single building among urban texture.

y reviving the city context, we will be able to revive this multi-functional cultural center. So we decided to remove the ground and first floor walls and clear the area to achieve a public space that connects the Vernissage to the old town of Firdusi creating a plaza for people. This is also a great financial achievement due to attracting the public. We tried to minimize the changes in the main building structure and just by adding three and a half floors, we responded to the functional requirements. (Columns will be reinforced due to seismic fortification). This add-on was done in a way to be separated from the old building and we embroidered the old and new structure by putting a metal net pattern on it. This metal pattern is also a seismic approach to fortify facade stone tiles. Making it divided, but also connected. To achieve maximum performance, our idea for most of the spaces was a changeable, free plan. The adjoined structures to the old building was removed for a better spacial quality in ground public space, replaced with a vertical shaft to connect different scattered spaces with bridges. The width of these bridges was responsive enough for administrative space, emerging a special and creative ambient atmosphere. 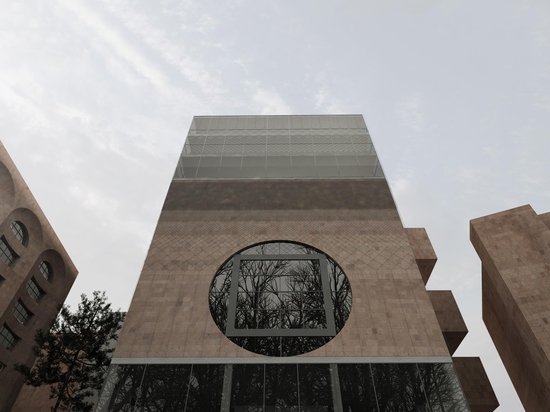 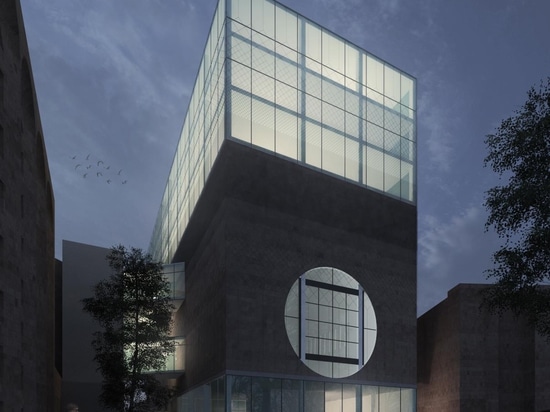 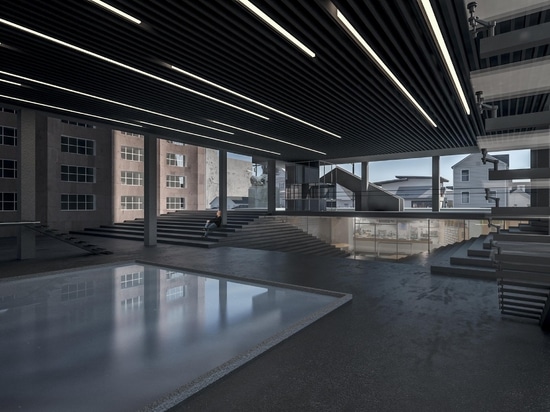 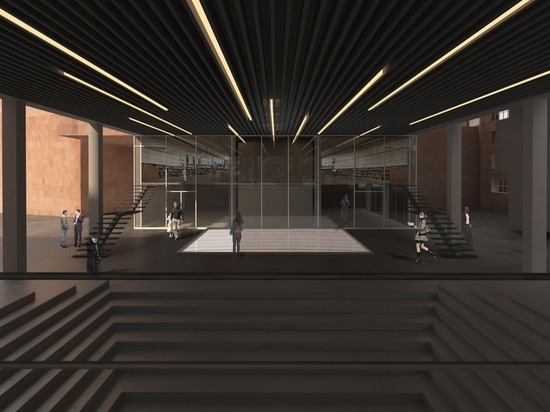 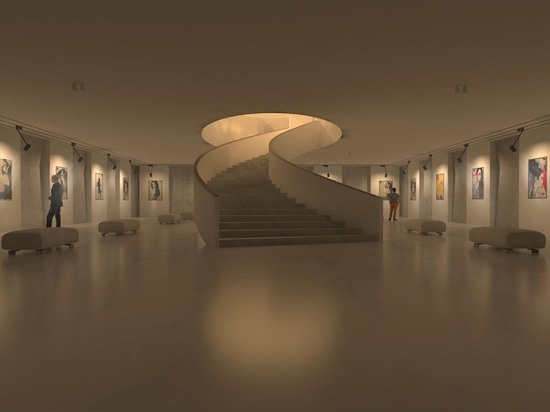 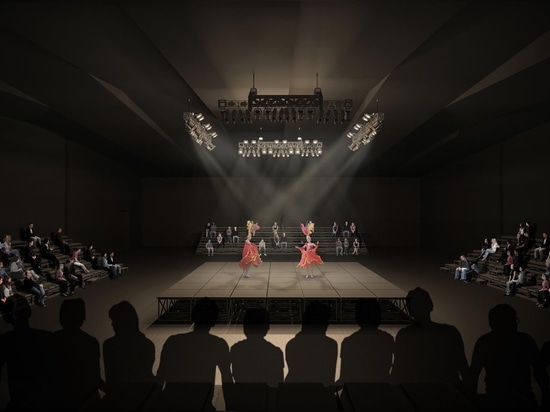