bjarke ingels group (BIG) has unveiled the first images of a 650,000 square foot studio to be built in new york.

designed for developer wildflower, the $400 million project seeks to establish a hub for the creation of film, television, augmented reality, and virtual reality. located along steinway creek in queens, the facility sits on land previously home to a steinway & sons piano storage facility, and is projected to create more than 1,000 daily union jobs.BIG’s design aims to foster the best creative work possible by providing multiple opportunities for human connection. a strategic mix of interconnected spaces comprises a range of stages, production-support areas, open and private offices, and lounges. representatives of wildflower — whose partners include actor robert de niro — have spent months meeting with local officials and incorporating community feedback on the proposal. as part of the project, wildflower will provide parking, public water access, and land conservation areas.

‘it has been incredible to work with such an iconic cast of collaborators from all aspects of visual media to imagine the future of film production in new york city,’ says bjarke ingels, founding partner and creative director at BIG. ‘due to the unique space conditions of working on an urban site, we were challenged by wildflower to distill all the physical, logistical, technical and experiential aspects of film production into a one of a kind vertical village for film.’

‘this studio is a testament to the strength and future of the new york film and television production industry,’ adds robert de niro. ‘completion of this project ensures that future generations of producers, directors, writers, and storytellers will play a vital role in filmed entertainment in new york for years to come.’ the plans are being filed with the new york city council, which is expected to review the application for minor height amendments and community waterfront access. 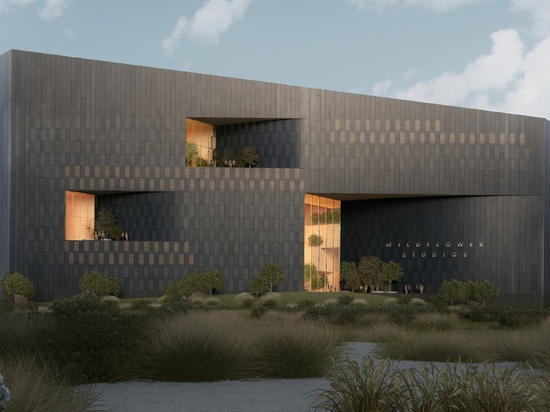 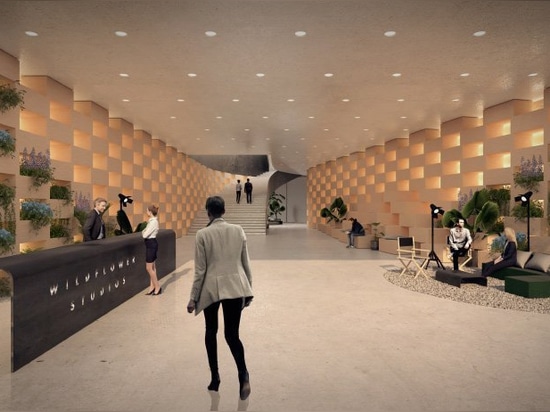 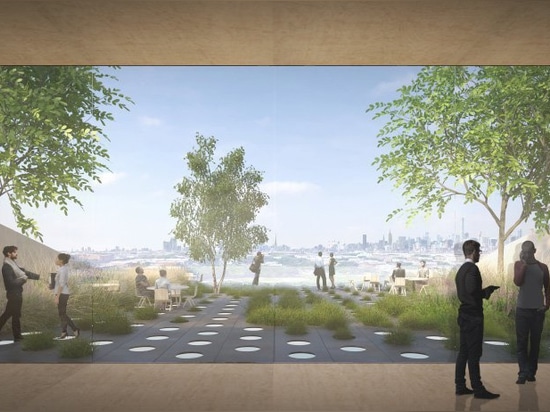 the studios are located along steinway creek in queens 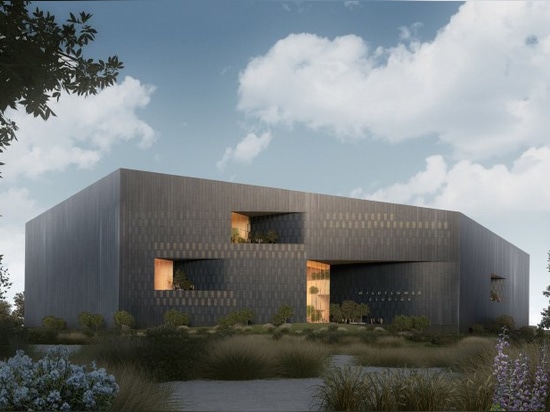 the project has been described as a ‘vertical village for film’