“Lux mare” means "light of the sea" and the name was chosen because of the light that the ocean, which extends as far as the eye can see, reflects.

This is because of its unique location and view.

The surrounding area is comprised of isolated houses, most of which were built in the 1970s with gardens around them. The two large plots had a two-floor dwelling in a very poor state of repair and another unfinished construction that is in the wrong place with the wrong size. This means that new constructions are the best solution to re-establish some balance and quality that the site deserves.

The two new houses are supposed to be two individual parts of a set, two autonomous pieces that complement one another, two separate continents, where the contours clearly show the previous coexistence, or the union of two different people or an evocation of love through architecture. The slightly curved shapes suggest this connection, but the differences between them emphasize the individuality of each building.

The Casa Mare, the front one, is built on a lower level and submerges into the garden as it is completely surrounded by vegetation, while the Casa Lux, behind it, benefits from its fantastic location.

The houses snuggle down into the landscape without drawing attention to themselves. The only thing that is clearly visible is the horizontal glazed frontages that provide a frame for the different views of the almost perfect symbiosis: the surrounding greenery, the steep cliff, the wide-open sea and the sky.

The voids in the buildings, with special attention for the wavy iconographic void and the use of wood are a tribute to one of the greatest architects of the XX century, Alvar Aalto and the Nordic design, where the client comes from. It is a quest for a symbiosis between the crudest architectural culture of the South and the elegance of Northern European design, so that the house is both the origin and the destination.

The simple lines, the uniformity and the plasticity of the white plaster and the balance of the resources and the design are factors that should become a benchmark in responsible architecture. 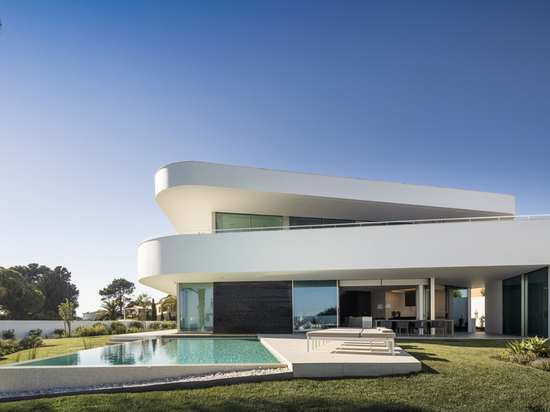 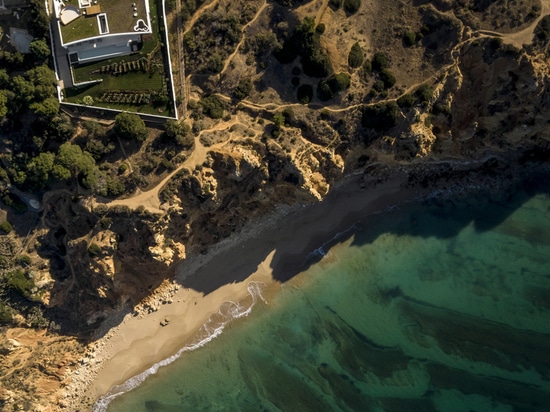 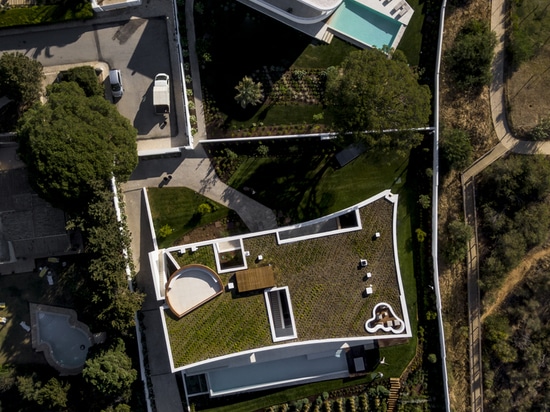 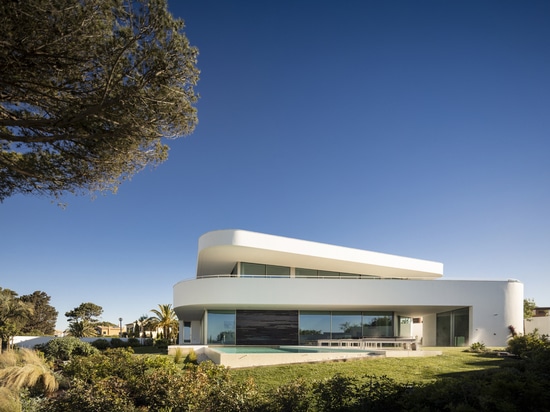 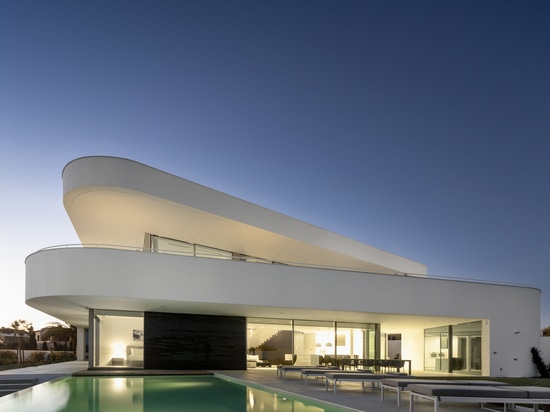 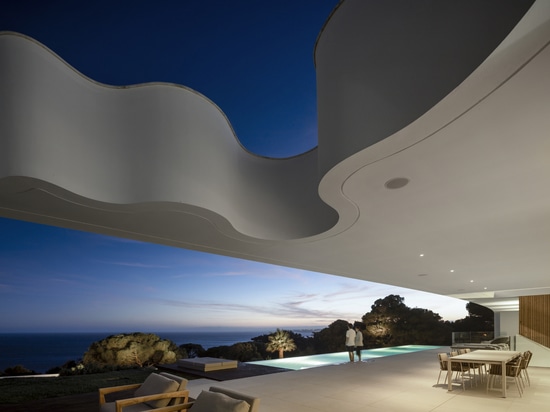 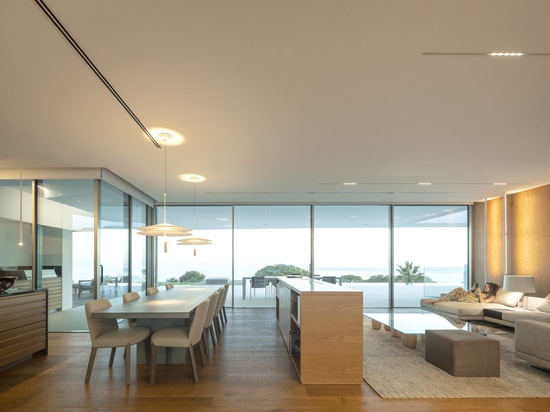