It would be hard to resist the temptation to play with light in a house you’re designing for the director of a lighting design practice. That’s exactly what Layan did for their customer, who works for The Faming Beacon. The Layan Light House in Melbourne features an innovative approach to addressing light in a home.

Layan started with a heritage-protected worker’s cottage and added a new space to the back. They also added above the original home. The changes allowed for a central courtyard that provides both ventilation and light to the home. It’s the upper level that features the shades, which are made up of 907 polycarbonate disks that are attached to 67 rotating steel tubes. During the day, the tubes rotate to cast shadow patterns across the interiors. At night, low-level LEDs in each disk switch on to provide illumination.

“The lighting for this project was considered more than most,” explains Layan, “and the client worked meticulously in selecting and designing the lighting system and fittings.” Layan went on, stating, “The screen provided an opportunity to not only modulate the character of light throughout the year, but to also become the primary illuminated space at night for the internal spaces.”

Even though this second story level is set back from the front of the home, it still stands out as a beacon for the area, much like a lighthouse on the shoreline.The front of the house kept its original two bedrooms. The cottage also opens onto a veranda with garden spaces. That cottage was built with thin, white-glazed bricks and American oak panelling. The different living spaces of the addition were oriented so that they would surround the inner courtyard. Full-height sliding glass doors were also added to bring in more light and to help create a cross-flow of ventilation.

The architect’s focus was to create a design that “is both current and timeless at the same time.” The effect is a home that outshines the rest of the houses in the neighbourhood. 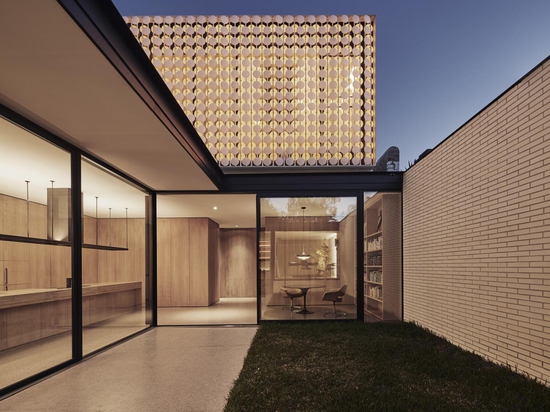 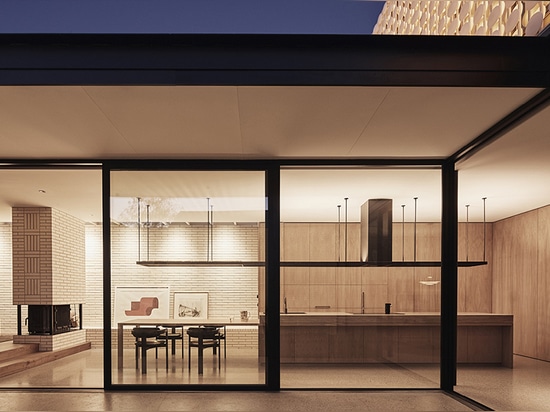 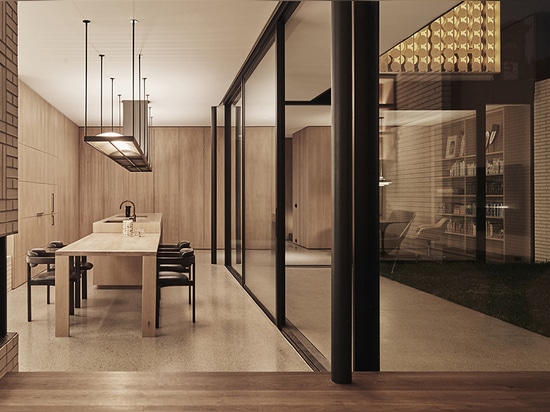