designed by heatherwick studio, the project is located in a residential area 20 minutes from the city center, in close proximity to the M50 arts district and a public park. the development is split over two plots of land connected by a narrow government plot and incorporates several historic buildings.

designed by heatherwick studio for the developer tian an china, the project has not only been conceived as a building, but as a piece of topography. taking the form of two tree-covered mountains, ‘1000 trees’ is populated by hundreds of structural columns that emerge as large planters — each holding a cluster of trees. all of which is documented in these new photographs of the project, taken by qingyan zhu.

‘existing planning permission for two conventional shopping mall blocks had been granted for the site, but a huge, boxy building would need to be broken into smaller pieces in order to fit in with the surroundings,’ explains heatherwick studio. ‘the integrated planting acts as a natural balancing element and the building’s edges are lowered to minimize the impact where it meets the art district and park, reducing the discernible threshold between them.’ 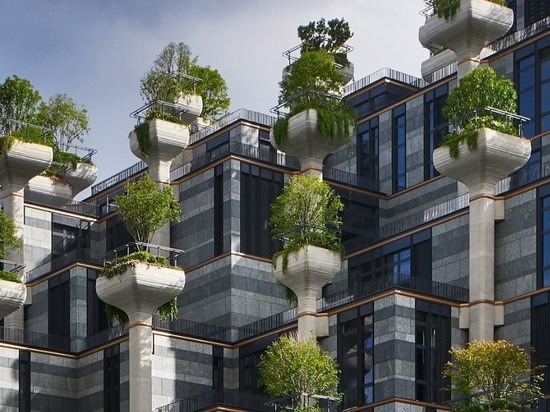 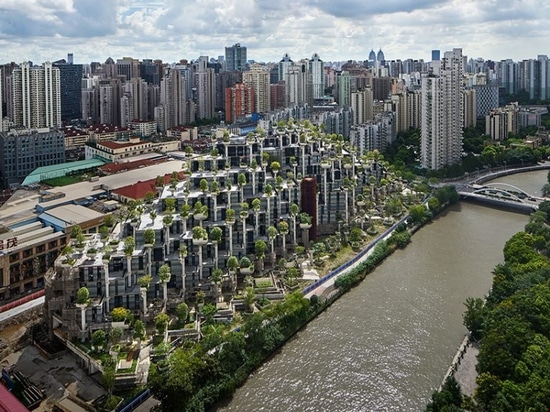 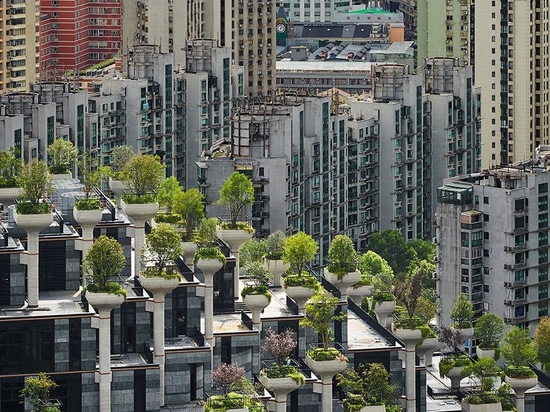 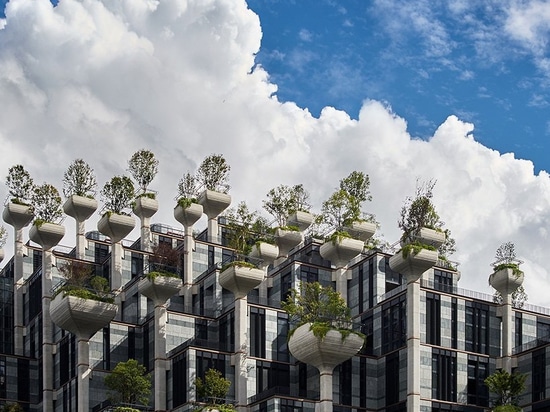