citylife, the mixed-use district currently under construction in milan, is set to welcome a major new project designed by bjarke ingels group (BIG). the ambitious development — already home to towers by zaha hadid, arata isozaki/andrea maffei, and daniel libeskind, broke ground in 2007 and is expected to complete in 2023.

named ‘the portico’, BIG’s design has been conceived as a new gateway to the city — comprising two individual buildings connected by a 140-meter-long (459 ft) hanging roof structure.

designed for citylife’s two remaining plots, the 53,500 square meter scheme will contain workspaces as well as public amenities. while the brief called for a fourth tower on the site, the presence of the three existing towers offered BIG the opportunity to explore other typologies, and to address some of the key challenges of the site. instead of designing a tower, the architects considered how the site could be better connected for its users.

‘the two parts of the site are today disconnected by a large car ramp that dominates the experience for pedestrians entering the site,’ the architects explain. ‘we propose to remove the car-ramp and create two individual buildings connected by a 140-meter-long hanging roof structure, forming a generous urban-scale portico as the entrance to citylife. the portico creates a shaded public realm that interconnects the buildings and invites visitors into the area.’

two private courtyards for employees are included as part of the design, while the large, central covered public realm is described as ‘a gift to the city of milan’. under the curved roofs, a cascading ring of amenities allow for interconnected workspaces, and extends into the rooftop bar overlooking the alps and monte rosa. ‘with citylife, the twin building creates a new typology that blur the boundary between interior and exterior, creating both an entry and significant destination for milan,’ says BIG. 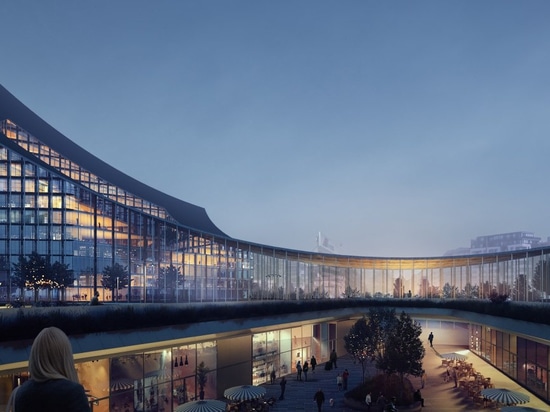 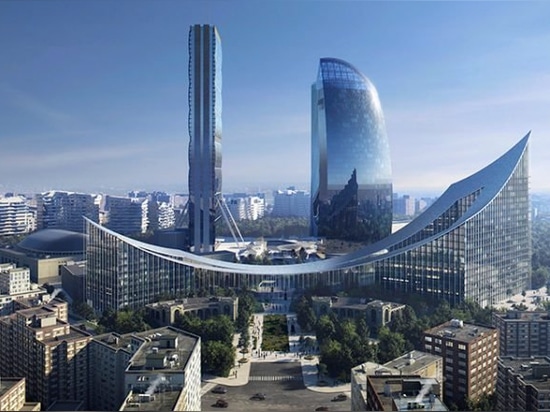 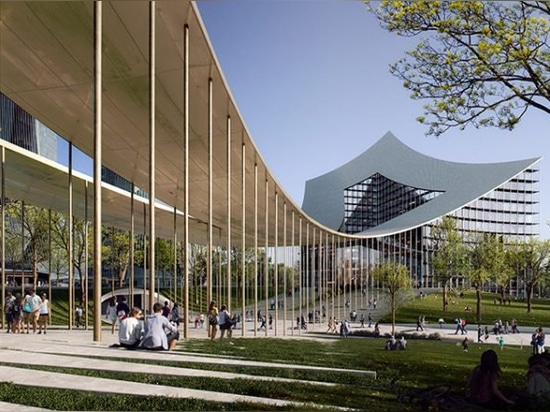 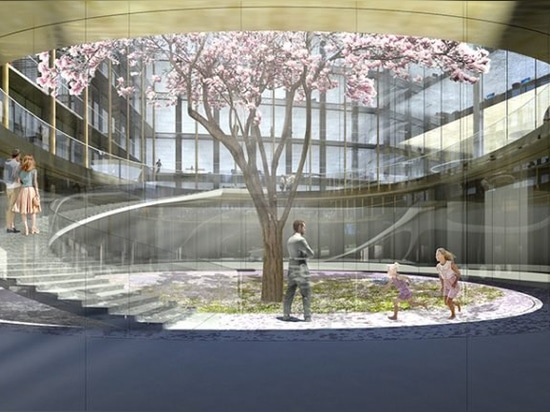 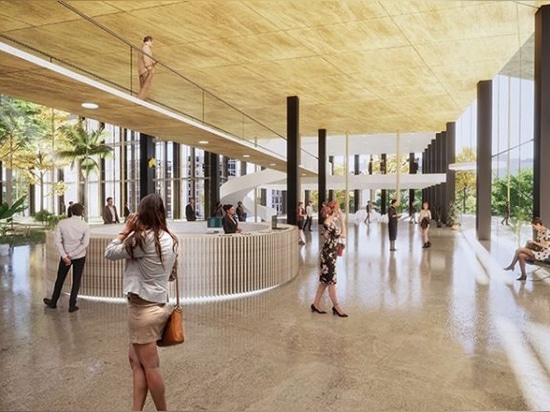 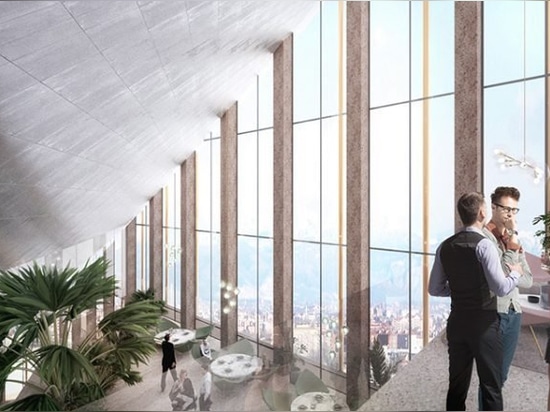 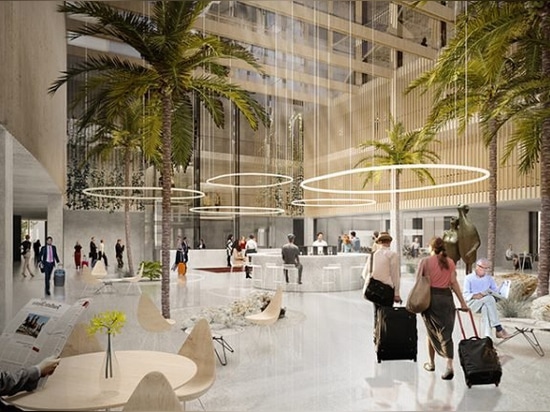