marc thorpe designs an introspective exercise in transcendentalism with 'the edifice'

architect marc thorpe designs the edifice in perfect balance with its environment, situated quietly among the trees. the designer comments that transcendentalism — the project’s driving concept — represents ‘a belief in the inherent goodness of people and nature. the belief that society and its institutions have corrupted the purity of the individual and that people are at their best when truly self-sustaining and independent.‘ the edifice exhibits this philosophy through its physical isolation, essentialist programming, and self-sustaining infrastructure.

marc thorpe’s edifice expresses no clear point of entry as the visitor approaches, remaining an undefined object within the landscape until physically engaged. taking note from the ideals of richard serra, marc thorpe invites the occupant to move around the work so as to understand it in relation to its context, revealing more of itself over time. as serra describes: ‘I think you always have to find where the boundary is in relation to the context in order to be able to articulate how you want the space to interact with the viewer.’ the presence of the austere structure in this sense exaggerates the surrounding natural environment.

without fenestration, the eastern facing façade serves as a canvas for projecting shadows from the sun and trees. this interaction suggests of camouflage for the structure, blurring the delineation of its profile with the passing of filtered light. a single strip window on the south and west facade gradually offers a brief glimpse within, while the north face of the building opens outward, introducing the point of entry as well as an internalized deck. the edifice stands as the minimum essence of human habitation and sustainability.

the program of the building is divided into four zones: live, cook, dine, and sleep. at the heart of the space, separating the sleeping from the living zone is the service core, in which all systems are ‘introverted’ or ‘off-grid.’ these systems include solar power, water harvesting and composting toilet. heating is provided by a wood burning stove and cooling is accomplished through cross ventilation. lighting for the space is provided by candle. 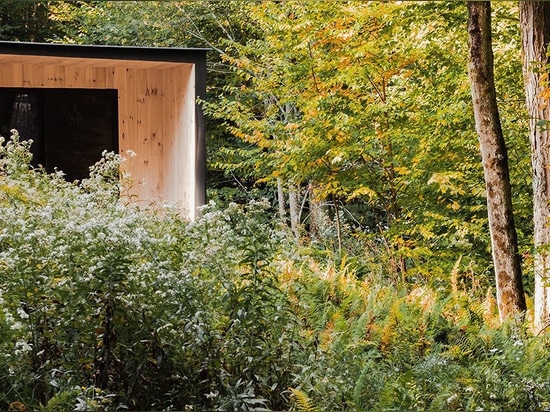 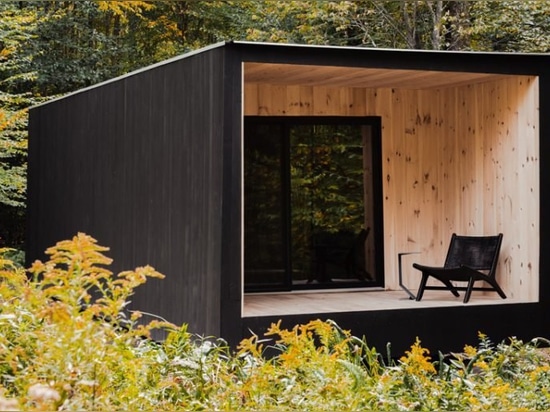 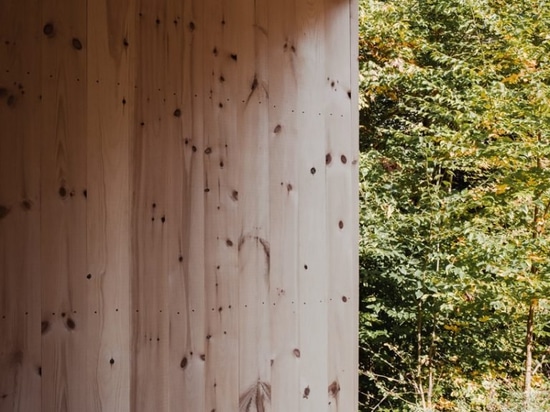 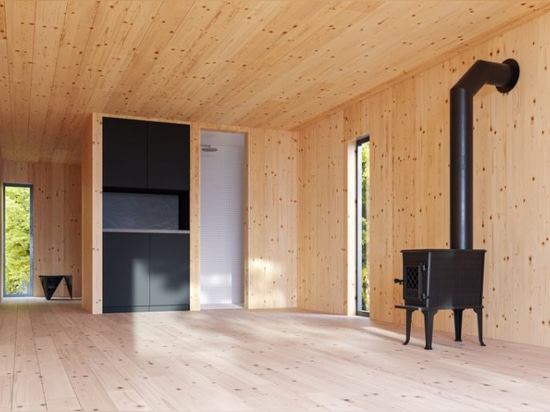