zaha hadid architects (ZHA) has won first place in a design competition for a railway terminal in tallinn, estonia.

rail baltic’ is a planned 870 km (540 mile) electrified railway from tallinn in estonia to the lithuanian-polish border. the terminal will be the starting point of the rail baltic line connecting tallinn, riga, and vilnius with the european high-speed rail network.

ZHA, working alongside local firm esplan, designed the ‘ülemiste terminal’ as a connecting public bridge that can be used by the local community as well as multi-modal transport hub. circulation routes through the building have determined the station’s spatial geometry to aid navigation and the smooth integration of bus, tram, and rail lines that intersect at the terminus.

as the project will be built in phases using a modular structural system, ongoing operations on the rail lines will continue throughout construction. the design team also says that the station has been designed and planned to BREEAM benchmarks and guidelines. rail baltica estonia announced the international design competition for the terminal station in ülemiste in may 2019, with the competition ending on september 3, 2019.

‘I have been constantly informed about the developments in the ülemiste area and in light of the works presented to the public today, I am more than convinced that the area is becoming one of the most attractive and, in terms of infrastructure, synergistic in tallinn,’ comments taavi aas, estonia’s minister of economic affairs and infrastructure. ‘a true multi-modal transport hub is emerging, with rail, bus and air traffic coming together there in the future.’ 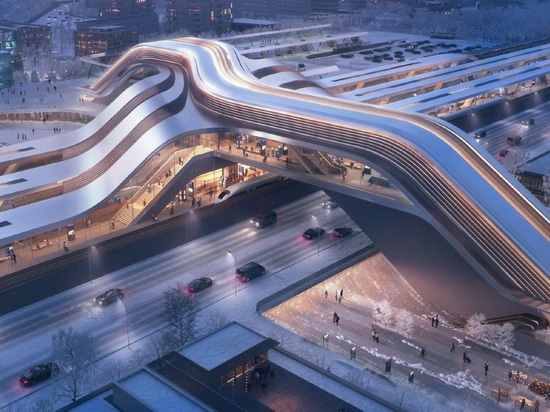 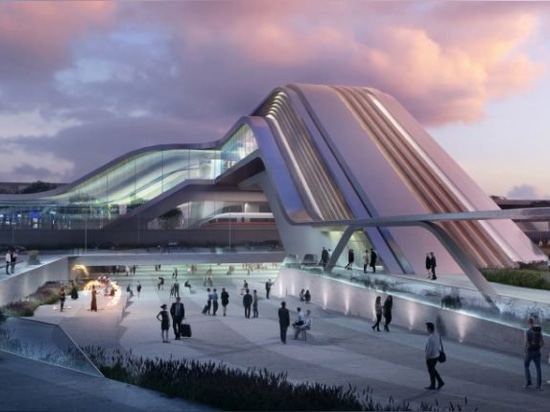 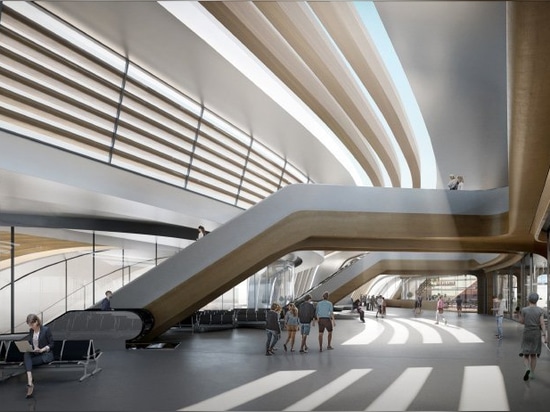 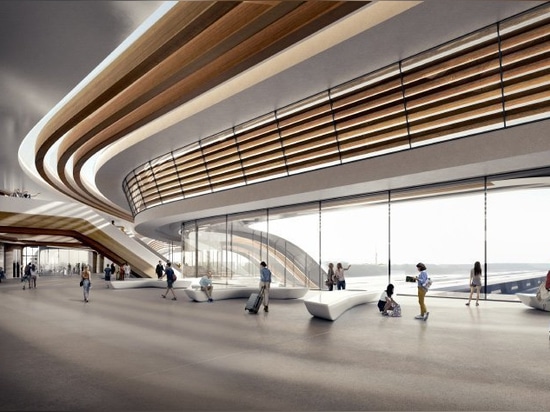 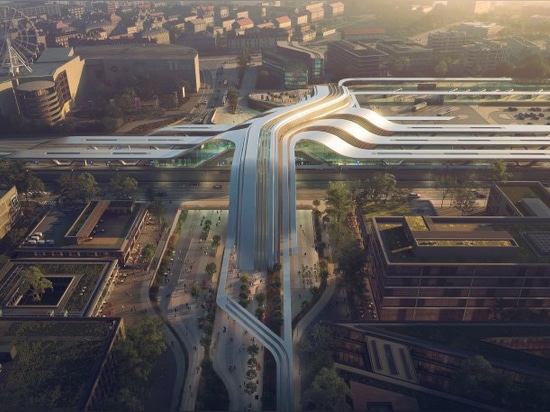