indonesia-based architecture practice SPOA introduces the residential reduhouse series — an ongoing project conceived in 2016 characterized by its streamlined method of construction. situated in jakarta, indonesia, this fifth installment of the series is entitled reduhouse.05 / rumah lestari. the team developed this alternative design strategy as a response to the needs of the middle class for affordable housing. the design process is driven by the combined use of a strategic, data-driven workflow along with an optimized cost of labor, introducing new architectural opportunities to such developing countries as indonesia.

with the reduhouse series, SPOA makes use of steel material logic together with a highly measured system of building. the project involves the development of a strategy which best optimizes workflow and manages builders during the construction process. the cost of labor is reduced substantially through the reduhouse method as it consists on average of only three construction workers and three welders within the six month-long build process. formulas involving a strict modular system are generated to determine the most efficient use of materials with minimal waste.

as the cost of construction is reduced by nearly forty percent compared to conventional systems, the reduhouse method by SPOA introduces an option for affordable housing to the middle class in indonesia. covering 150 square meters of its site, ‘rumah lestari’ is a part of reduhouse series. the team at SPOA comments: ‘the challenge is to give room for family of four with with an area of that size. the first floor of this house was designed with open plan concept. by using a transparent wall, the room feels more spacious and connected to the outdoor area. with that size of outdoor space, the resident will feel connected to nature.‘ 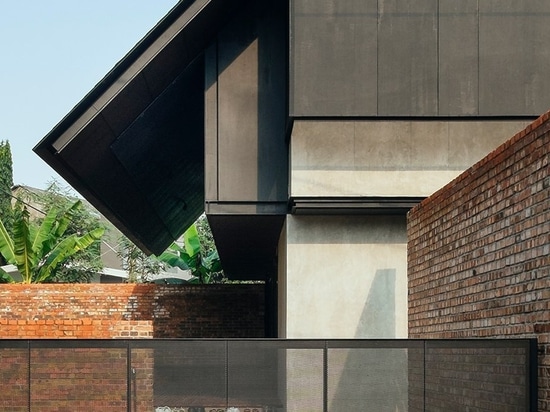 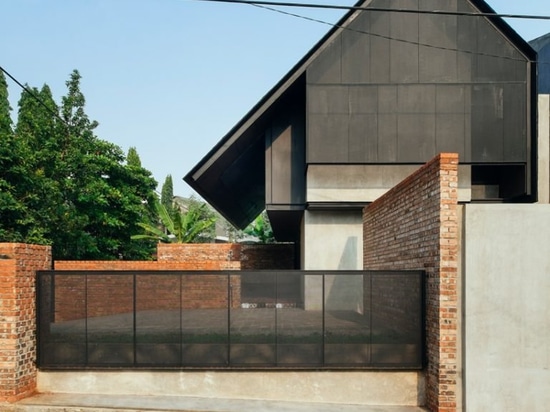 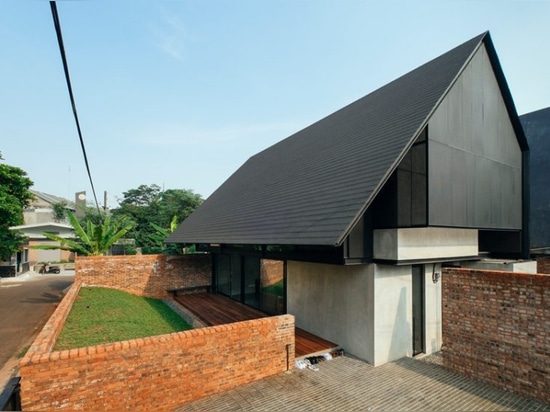 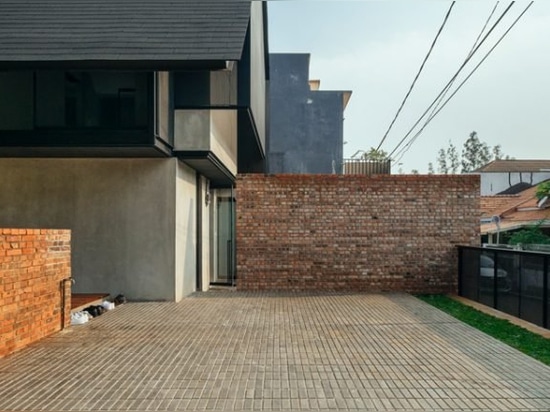