envisioned to stand 670 ft tall within the vast forest of quebec, MU architecture has designed the PEKULIARI residential building.

described as a ‘paleo-futuristic tower‘, the project intends to redefine the relationship between humans and our natural habitat. programmed to provide 50 luxury apartments, the bold and assertive structure has been imagined in direct opposition to the notion of urban sprawl and its negative consequences on our environment.designed by MU to establish a striking image on the rolling landscape, the form of the tower evokes the idea of a totem or stone cairn that can be found in the area of quebec. despite the imposing character of PEKULIARI, it is also envisioned to complement the surrounding nature by the design of the external skin. an irregularly shaped exoskeleton structure gives the envelope an organic and cellular element that contrasts with the crystalline glass façade underneath. composed with multiple toned glass panels, the brown and golden colored hues shimmer under the sun and give the 48-story volume an almost sculptural look.

the tower is imagined as a highly secure and private retreat and comprises of 50 luxury units, varying between 4000 and 8000 ft2 each. designed for a more exclusive clientele, the high-end apartments offer 4 to 5 full suites, 2 fireplaces, 2 lounges, custom cellars and huge balconies surrounding each floor over 180 degrees, which intend to bring the experience of waking up in the middle of a forest to the 48th floor.

although designed primarily or residential use, the program also provides a large function room, an administration center and business center, a gym and a large spa area with roof top pool, an immense terrace and arched quay, a bar and a cigar lounge, a grocery store and an sports boutique. this variety of functions is incorporated to afford long stays in the wild. in addition to the valet and security services, the concierge also acts as a high-level forest guide.

in addition to combating urban sprawl, the project also embraces sustainable building technologies such as rainwater harvesting and snow collection. greywaters will be filtered and released into the environment through natural and ecological processes while wind turbine systems and photovoltaic glazing panels will provide renewable energy and ensure self-sufficiency.

the architectural intervention also runs alongside a series of programs that envision a harmonious osmosis between mankind and nature. other aspects of the development include wildlife protection and the introduction of a large greenhouse to supply fresh, local produce. in short, PEKULIARI is an ambitious project that strives to reconnect residents with the natural environment while offering world-class living spaces. 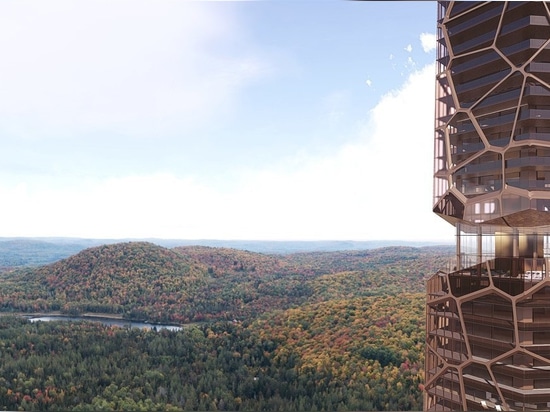 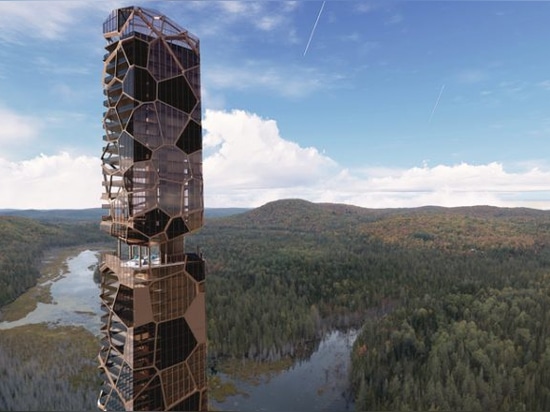 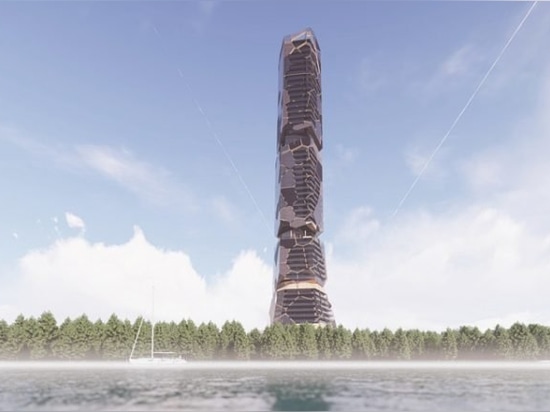 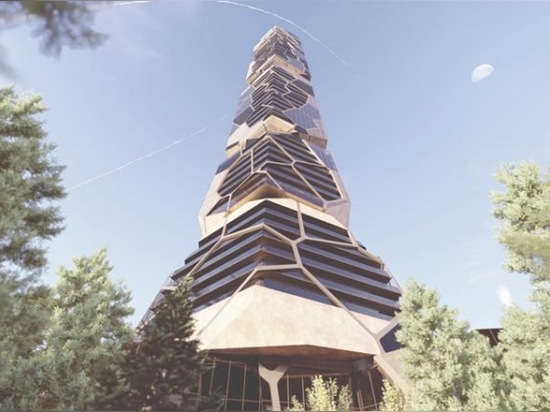 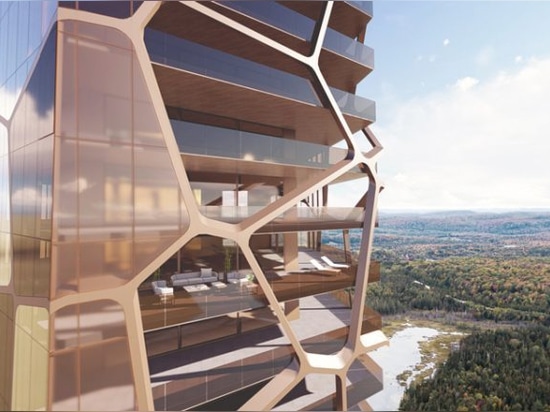 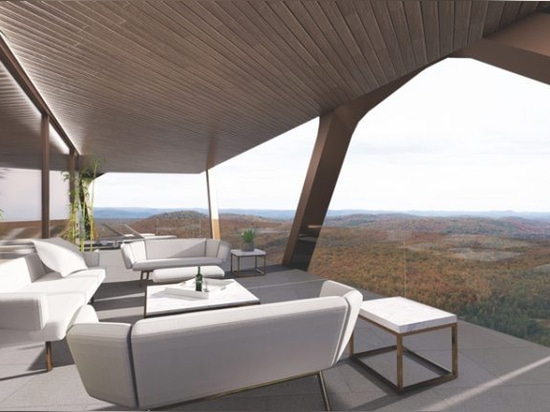