Envisioned as a completely self-sufficient settlement, the utopian city promises “healthier lifestyles” for the vertical city-building’s residents. The thought experiment was recently presented for the first time at the Knowledge Summit 2019 in Dubai last month.The Vertical City proposal comprises a super-tall, mixed-use residential building at its core surrounded by and connected to three civic-oriented towers and three crescent-shaped leisure buildings. All buildings would be built using modular, prefabricated elements that can be repeated horizontally as well as vertically. The Vertical City can also be expanded in parts and would be anchored into the sea bed close to the mainland.

The cylindrical buildings in the development are clad in photovoltaic glazing and punctuated with hexagonal openings that promote circulation of light and air. The central, 750-meter-tall residential tower would consist of 10 modular layers — each layer consists of 18 floors and includes a mix of homes, offices, stores and other facilities — to host a total of 25,000 people. The building would also offer more than 200,000 square meters of green space, which includes the public garden at the top of the building.

“We will build a new way of living,” Luca Curci said in a press statement. “More sustainable. With more interconnected communities programs. Deleting suburbs. Reducing poverty.” In addition to the 25,000 people housed within the central residential tower, the Vertical City would service over 100,000 people who would travel to the city for work, school and medical care in the three adjacent towers that house offices, government departments, healthcare facilities and educational institutions. The three crescent-shaped buildings, called the Moons, offer lifestyle amenities such as hotels, wellness and spa centers, sport centers and shopping malls. 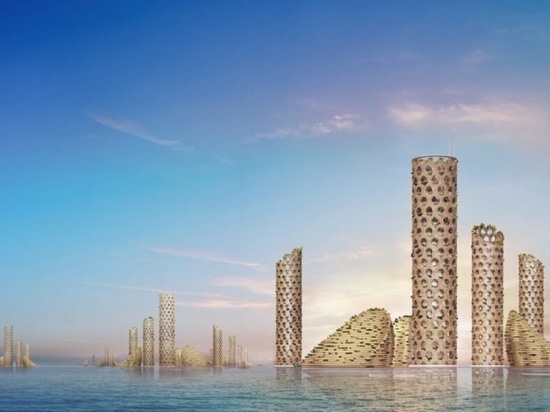 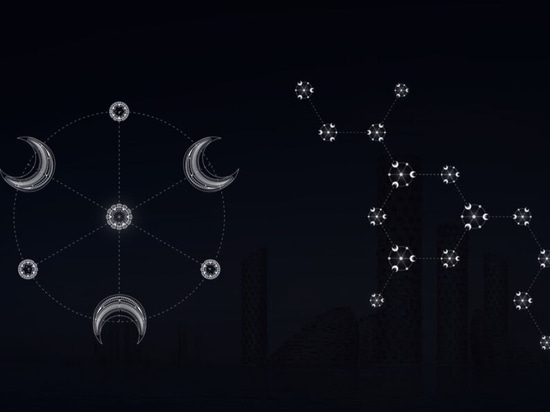 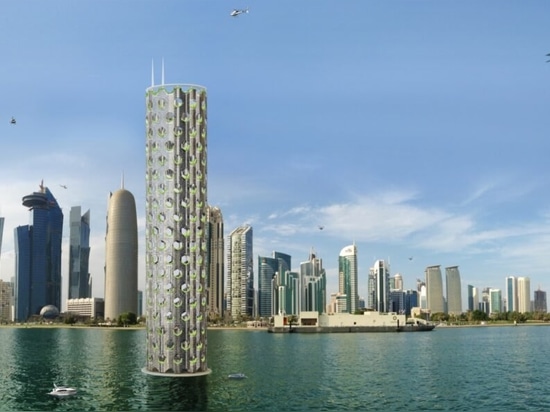 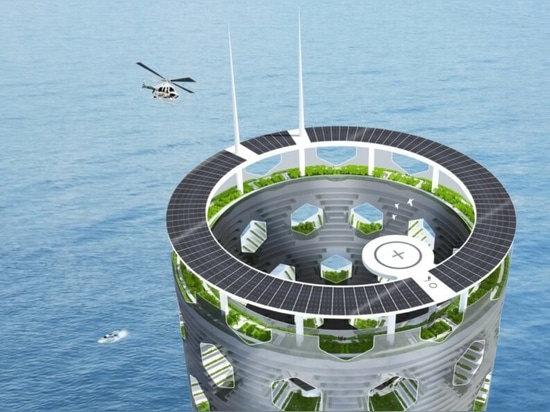 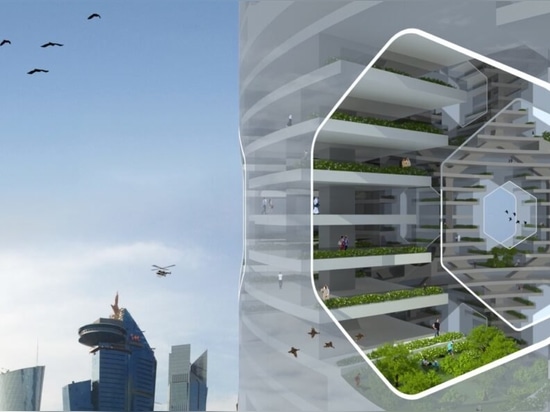 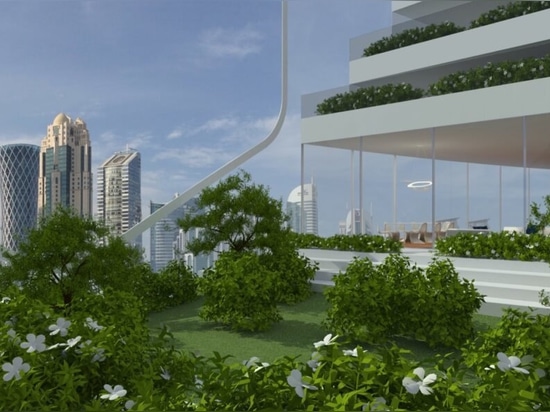