Glistening under the hazy Beijing sky, two mirrored bubble-like forms peek out above the weathered tiled roofs in one of the oldest neighbourhoods in the city.

This strange apparition is part of the renovation of a century-old courtyard building in central Beijing by local practice MAD Architects as well as a visionary proposal for the revitalization of the city’s historic urban fabric. Originally unveiled as part of their post-2008-Olympic-Games vision for Beijing in 2006 at the Venice Architecture Biennale, the ‘Future of Hutongs’ envisioned a network of metallic bubbles inserted into the city’s aging and neglected hutongs - a Chinese term for narrow streets or alleys formed by traditional courtyard residences - in order to improve the lives of the residents and attract new people. Far from being an utopian fantasy destined to be reproduced only in 3D renderings, the project came to life in 2009 with the first Hutong Bubble, while this year saw the completion of its second iteration, “Hutong Bubble 218”.

Located in the Qianmen East area, not far from Beijing’s Forbidden City and Tian’anmen Square, the low slung courtyard building was built in the latter part of the Qing Dynasty and served as the city’s first international hospital for over 100 years before being converted into a residence housing more than 20 families whose make-shift additions eventually led to the structure’s degradation. Supported by a city-wide program aiming to renovate Beijing’s historic centre, the building’s renovation couldn’t come a day too soon.

Part art, part architecture, the eye-catching mirrored bubbles crowning the low slung courtyard building are therefore the proverbial icing on the cake (admittedly very enticing icing) with a significant part of the project focusing on restoring the structure’s authentic charm, including the original layout of the inner courtyard and the grey brickwork that have come to define hutongs’ typology. Special care was given to the restoration of the wood filigree panels lining the courtyard which had to be stripped of their stains so that they could regain their original lustre, while damaged or missing sections had to be faithfully reproduced. Similar attention was paid to the pattern of street-facing doors and windows whose renovation included the incorporation of increased glazing in order to create brighter interiors.

The discrete restoration of the original building’s fabric is boldly complemented by the incorporation of the two bubble-like pods which appear, despite their futuristic sheen, to have grown organically out of the aging structure. Perched on the building’s rooftop, they are invisible from the street level while their smooth polished surface further enhances their inconspicuousness by reflecting the surrounding environment. Housing interchangeable spaces for meetings, meditation and tea rooms, the pods are connected with the ground level by a new circular staircase cleverly incorporated into one of the bubbles as it flows over the edge into the front courtyard.

Although such radical contradictions in style, geometry and texture don’t exactly bode well for a harmonious ensemble, in reality, the design is masterfully balanced, artfully intertwining the old and the new in a symbiotic relationship that enhances the uniqueness of each part. Symbolically, the project also demonstrates that the past and future need not be contradictory terms in architecture and urban planning. As the practice’s lead architect Ma Yansong explains, “these bubbles will serve as vital newborn cells, giving the traditional hutong new life, and revitalizing the community”. 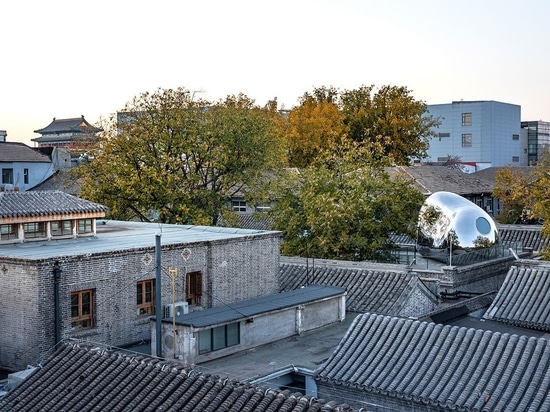 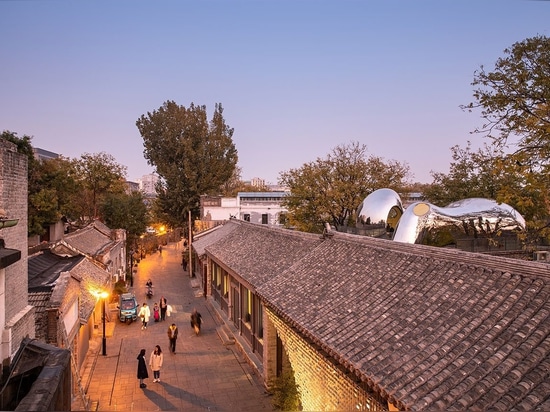 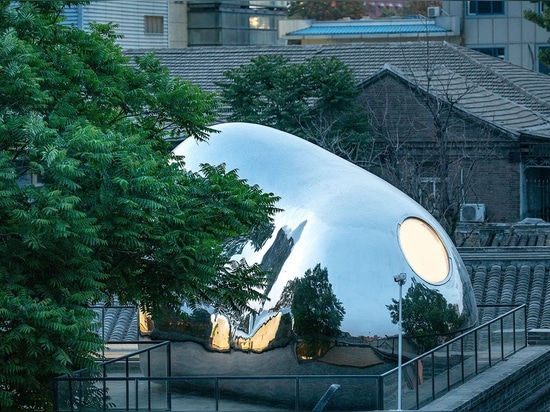 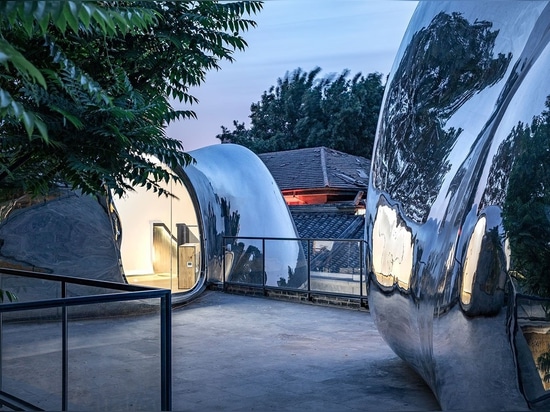 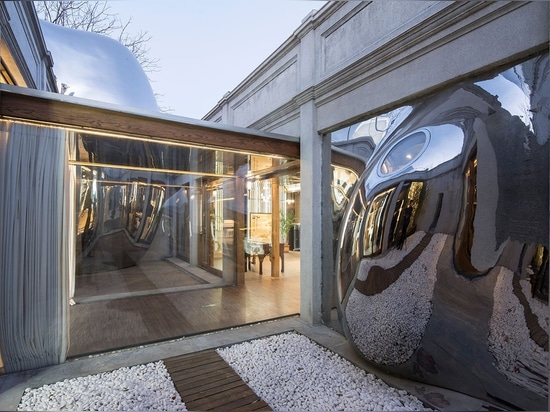