“You feel better when you’re connected to nature,” asserts Rick Cook, founding partner of COOKFOX Architects, whose new commercial building in New York takes that idea and runs with it.

Inspired in part by its idyllic position just beside the Chelsea Thicket, a gently winding portion of the High Line that is a miniature forest of lush dogwoods, hollies, and roses, the design of 512W22 incorporates natural and reclaimed building materials (including a former parking structure). Most notable, though, are the generous outdoor spaces. In fact, between landscaped terraces on each floor of the 11-story tower and two sprawling green roofs, there are 16,000 square feet of planted expanses, exceeding the area of the largest floor plate.

One spot in particular, along the eastern side of the building facing the High Line, forms a continuous stepped terrace from the second level to the fourth, with the dense branches of the Chelsea Thicket just 15 feet away acting as a green canopy. Conceived for one large tenant that would occupy several floors—much of the speculative office building has yet to be leased—it was designed for outdoor circulation and events, as well as potential plein-air work space, a growing trend among creative and tech companies in warmer climates, but one that is catching on even in New York.

COOKFOX, working with landscape architect MKM, selected drought-resistant native species for these outdoor areas. On the planted roofs, which will be accessible to all tenants, rapidly growing river birch trees were chosen for their ability to withstand high winds, of special concern along this open stretch of Manhattan beside the Hudson. The building collects rainwater to help irrigate all the trees, grasses, and shrubs throughout.

While this visual and physical link to nature occurs as a result of the building’s unique site, it connects in other ways as well. From the fossils visible in the lobby’s sandstone desk to the limestone pavers and terra-cotta cladding, the architects specified what COOKFOX associate Spencer Lapp calls “true” materials.

The black-glazed terra-cotta spandrel panels feature a deep, rolling profile. Together with the industrial sash windows, which curve at the corners, they recall the nearby historical infrastructure and warehouses, taking particular inspiration from the grand Starrett-Lehigh Building of 1931 a few blocks away. The continuous glazing provides bright, daylit office space with unobstructed views over the High Line, city, and river. While some windows are operable to offer occupants along the building’s perimeter more direct control of their environment, an overhead air-distribution system was engineered for comfort and high performance, delivering highly filtered fresh air.

Other parts of the facade are clad in either corrugated or standing seam zinc panels that will patinate over time—another “true” material that has a “natural reading, rather than a color,” according to Lapp.

The LEED Gold–certified building, set amid Chelsea’s gallery scene, includes a curated art and event space for tenant use within the lobby. The remainder of the ground floor, which rests on a pressure slab secured by rock anchors, is planned as retail space that opens onto 21st Street. Due to the lack of a basement, mechanicals are located on the third floor, in a part of the building that contained the old garage.

“This is not a building you would put any place,” says Cook. All it needs now are the right tenants—ones who appreciate its enviable location and site-specific design. 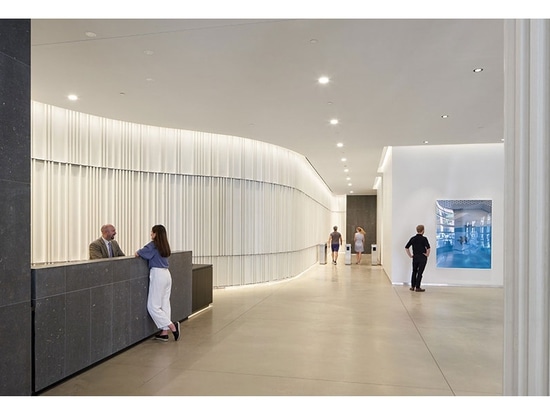 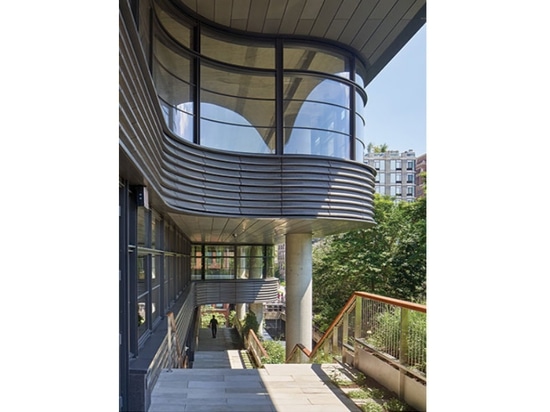 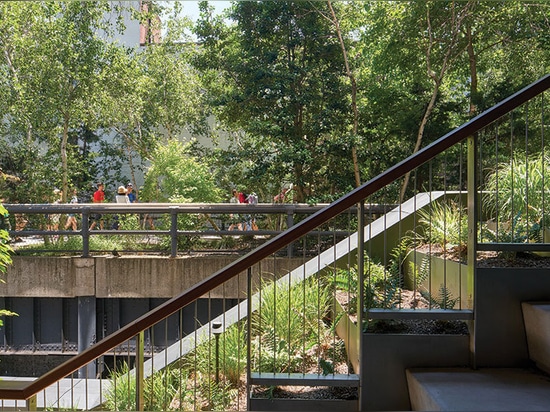 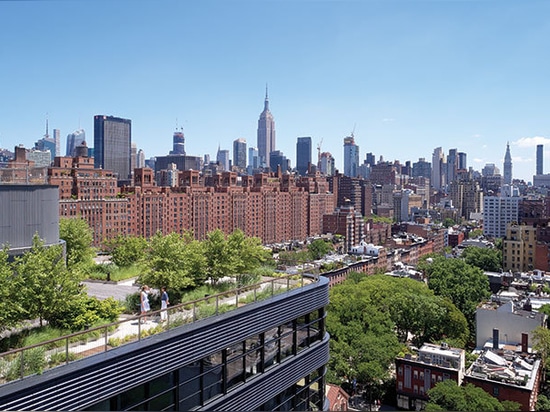 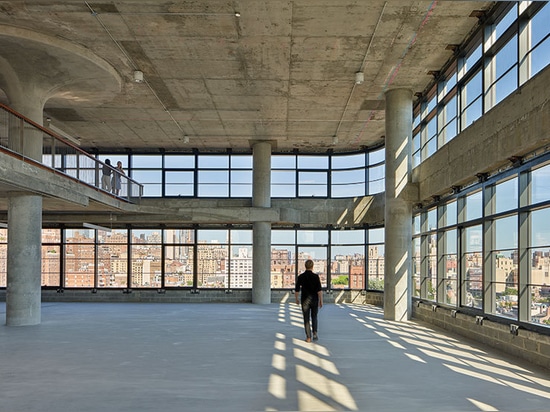