RMJM Shanghai has been selected to design a new tower in Hunan Province of China.

The new tower, reaching 177-metre height, was appointed by Hengyan authorities to serve as a gate for the city of Hengyang.

Dubbed as The Xiangjiang Gate, the tower is designed as a monument to the city of Hengyang located in the province of Hunan in China. The confluence of the Xiang, Zheng and Lishui rivers will be home to the Gate.

Inspired by a history of water, fire and goose, the concept of the project is based on the rooted of the history of the city. The mixed-use project will serve inter alia as a tourist information centre and a monument with a panoramic platform.

It will set a benchmark in the region and is expected to attract visitors from all over the world. At 177 metres tall, the building’s design steps away from the traditional vision of the gate and moves towards a more contemporary depiction.

As RMJM Shanghai explains, from above, the central towers of the building look like a narrow stream of water passing through two pieces of land.

"This design pays tribute to the geographical location of the city but also to its convergent spirit. Hangyang is a city where old and new, culture and modernity, converge in many aspects," said RMJM Shanghai.

The joint towers’ design brings us back to the essence of humanity: fire. Hengyang is a city of ancient history. According to archaeologists and relics, ancestors who settled in the area as early as five to six thousand years ago had already begun to use primitive tools made from stones.

Archaeological evidence suggests that the stone was fired earlier than the wood. In religious tradition, it is said that Hengyang was the first to bear the mark of Zhu Rong, the God of Fire and South, whose story is contained in “Shan Hai Jing · Great Wild West”.

Viewed upside down, the building becomes a goose flying through the sky. In ancient Chinese poetry, Hangyang was a winter refuge for wild geese escaping the cold of the north, earning it the nickname of the "Wild Goose City". Traditionally, the wild goose indicates a seasonal change but also bears a message of love from afar.

"Hengyang is not only a city with a rich cultural past but also the region’s second-largest city and a fast-evolving tech hub. The structural system of the Gate will fully reflect the highest level of contemporary structural engineering technology," added the firm.

RMJM designers decided to reinterpret the "sustainable" architectural design from a more comprehensive perspective, rather than relying solely on the construction of natural spaces required by roadside buildings, which will affect the architectural design, surrounding environment and urban residents. The design embraces the local environment and forms an interaction between technology, climate, building materials and human behaviour.

For instance, RMJM designers imagined the monument’s facade as a window on the Xiangjiang culture, radiating the lights, colours and shadows of the seasons. The glass curtain wall will also enlighten at night with the integration of special led technology.

"The relationship between architecture and the environment has always been a complex one," said Jiehe QiuCEO RMJM Shanghai.

"To reach harmony between the two, we, at RMJM, use climate statistics and engineering parameters to study the most appropriate design forms so that we can shape the best and most suitable architectural forms under special environmental conditions."

RMJM Shanghai’s design combines a timeless and modern aesthetic with flexible and sustainable technology and fully reflects the cultural essence of the city. The building harmoniously integrates its environment and represents a great opportunity for the tourism industry. The Xiangjiang Gate will act as a business card for the city of Hengyang. 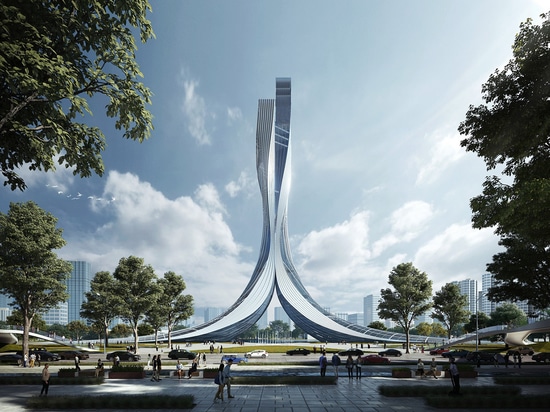 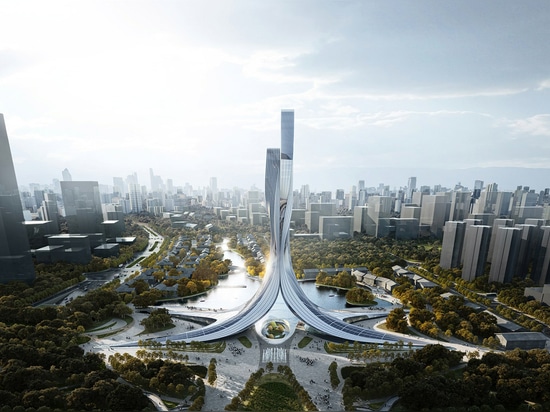 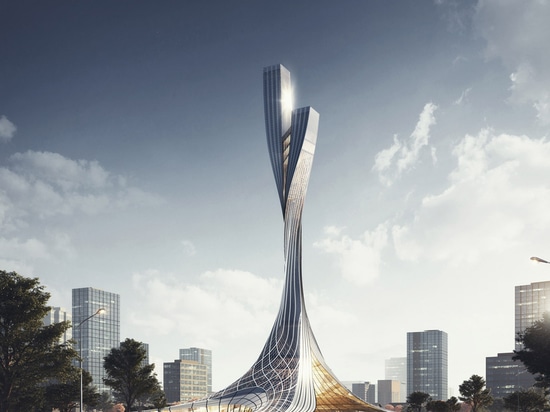 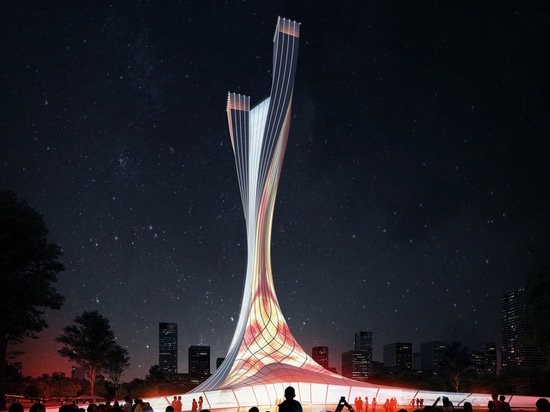