The City of Melbourne has voted in favour of a Bates Smart designed proposal for a student accomodation tower to be built atop a modernist office building by Yuncken Freeman.

Flagstaff House, at the corner of King and Batman Streets in central Melbourne, is a two-storey International Style building that was built in 1955 and served as the office for Yuncken Freeman. The building faces Flagstaff Gardens on King Street and opposite the site on Batman Street is the St James Old Cathedral. The design was inspired by Ludwig Mies van der Rohe’s Farnsworth House, among others. The building is identified as a “B” graded building in the Melbourne City Council’s Heritage Inventory. The property was sold to foreign investors in 2016 for $14.6 million.

Bate Smart’s design calls for the retention of the facade of the building with some alteration and demolition of the interior. The student accomodation tower would sprout from the existing roof, with the tower forms distinguished by a setback and an intermediary level with a roof terrace.

The 20-storey tower would be clad in dark, copper-coloured aluminium panels and sunshades that relate to the black frame of the Freeman Yuncken offices. The facade would make use of a modernist-inspired grid that act as another commonality. The building would be operated by Iglu Student Accomodation.

The Bates Smart design is the latest in a number of proposals for the site. A prior proposal for the site was for a hotel, designed by Fender Katsalidis, which was also approved by the Future Melbourne Committee in October 2018. The current application approved by the Future Melbourne Committee switched the proposed use from hotel to student accomodation and the design does not change the building envelope or proposed built form significantly.

An earlier proposal, designed by Push Architecture, was rebuffed by the council and the Victorian Civil and Administrative Tribunal in April 2017, due to the way the design interacted with the heritage building. 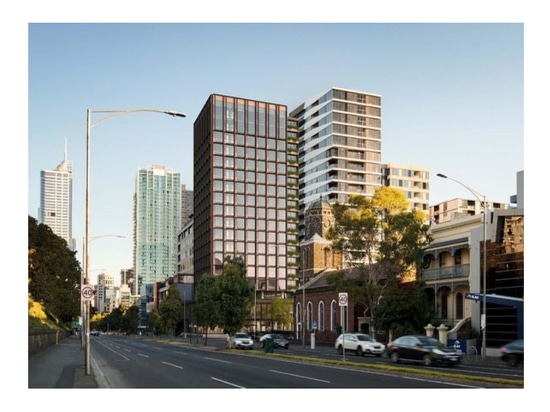 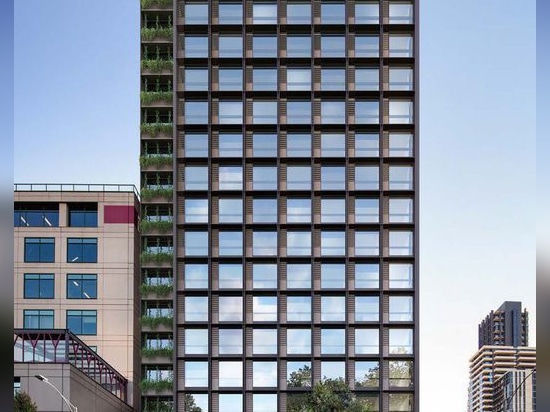