Conrad Gargett has designed a curvaceous, multi-use complex for the Brisbane suburb of Lutwyche.

The Lamington Markets building would comprise two residential towers atop a retail complex that includes a market hall and cinemas. It would be constructed partly on land that has been left vacant after the construction of Brisbane’s underground busway. A development application for the project has been lodged with Brisbane City Council.

An architect’s statement attached to the development application describes a “sculptural family of towers” that “creates an impression of a cohesive neighbourhood within the skyline.”

The retail podium comprises a two-storey underground cinema that will sit beside the busway tunnel, and above-ground shops, as well as a healthcare centre. With the main entrances oriented toward entryways to the busway, it is hoped that the retail component will integrate with the transit hub.

The first floor will contain a “market hall” inspired by the Borough Market in London’s Southwark, Melbourne’s Queen Victoria Market and Brisbane’s former wet markets. The hall, which will contain an organic grocer and boutiques, will be covered by an arched, translucent canopy that draws light into the space.

The second floor will feature a large outdoor terrace that will be home to an “urban farm” restaurant, with a food garden servicing the restaurant.

A publc laneway will divide the complex, with footbridges connecting the towers. “The built form also creates a powerful cultural presence expressed in dynamic volumes sculpted to project a fluid and transparent public dialogue with the surroundings,” said the architects in the application statement.

A develoment application for the project has been lodged with Brisbane City Council. 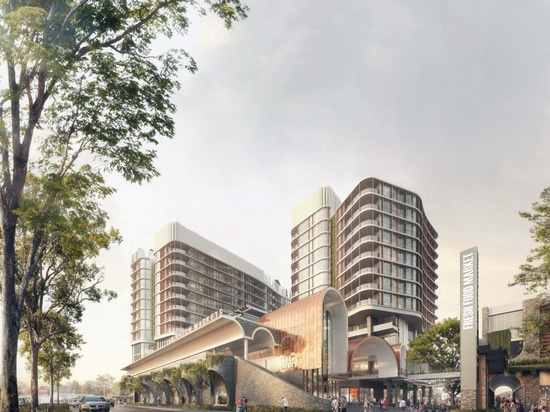 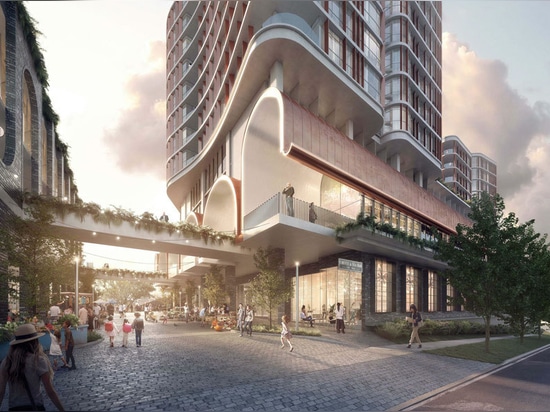