The high-end Toronto towers are jagged and austere, and supposedly were inspired by Williams’ song “Gust of Wind”—the impression lasts as long.

Designs and intentions for the grammy-winning artist’s new up-scale housing have finally surfaced. They’re a little bleh, and way out of tune with Toronto’s housing needs.

Approximately 751 units between two towers will be on offer starting early 2020, and pricing will begin somewhere near $400,000 for a studio apartment. The development is next in a slew of million dollar condos being built in Toronto, where an average income won’t buy a 650-square-foot apartment.

Alongside most major cities, Toronto is dancing on a skipping record that won’t soon come unstuck. Demand has skyrocketed over the last decade, inflating both rental and real estate prices by more than 75% in what is now North America’s fourth most populous city.

"What’s cool is as you go around the building, no two faces are the same. They all represent different moments from Gust of Wind," says lead architect Mansoor Kaze, who used Williams’ song as inspiration. The zig-zagging facade seems that it’s nothing more than a loose visual interpretation of the song’s wave form.

Williams did voice concerns to developers over providing affordable units alongside the towers, for which their are supposedly future plans. But the endeavor isn't meant as a humanitarian mission—Williams is just improvising to a song written by major developers. The hitmaker has been shoulder tapped to put a spin on the thing because he’s likable, and in general, has good taste.

The "good taste," or the version of refinement Williams is offering each buyer is commensurate with the pricing of the units: a private balcony, rooftop dining with a sake tasting area, a spa, a basketball court, a state of the art gym, an indoor/outdoor pool, co-working space—in essence, an experiential lifestyle.

In spite of the high-fidelity accoutrements, the packaging is problematic. It’s austere and grandiose. It stands monolithic and has sharp edges like a cheese grater does. Dubiously titled "untitled," it’s meant as a blank canvas for residents to un-tap their dormant and unlimited potentials. Like a self-help book in building form, it’s selling carpe diem.

From a fan, this is all tough love for Pharrell. I owned more than one NERD CD. "Pass the Courvoisier" is a jam and "Happy" has me clapping along every time. He knows how to write a song and his Grammys won’t lose their luster over misguided departures from the recording studio. Still, this foray into architecture has me shaking my head.

As for Toronto’s housing crunch, Williams’ development partners have stated plans to build a second tower next door, which will offer 200 affordable units, 65 mid-range units, and 49 market units. A new public park will also be built as part of the block's master plan.

Along with input from Pharrell, "untitled" was developed by Reserve Properties and Westvale Properties, with design by IBI Group and U31. It will be located in Toronto's Yonge-Eglinton neighborhood. 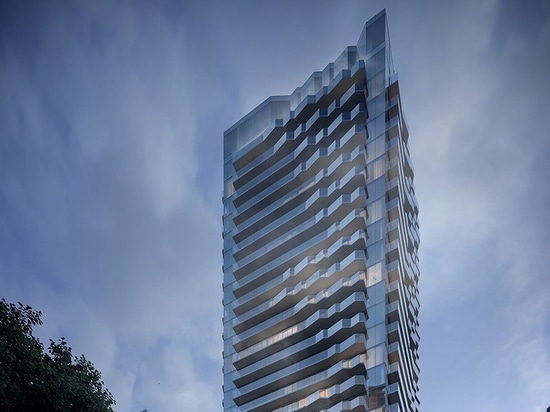 The two towers will have 751 condominium suites ranging from studios to three bedrooms. Pricing for the apartments starts at $400,000 and they go on sale early 2020. 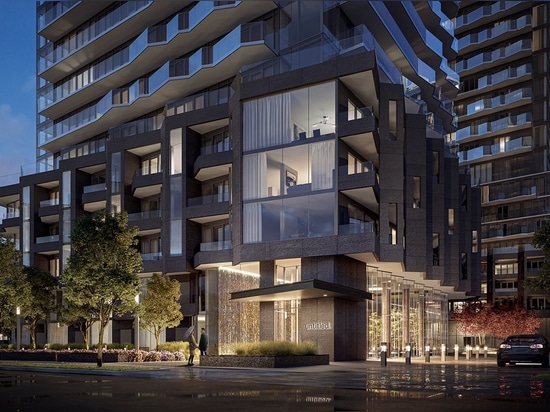 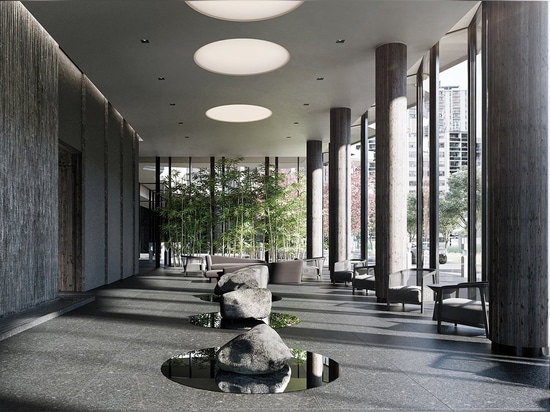 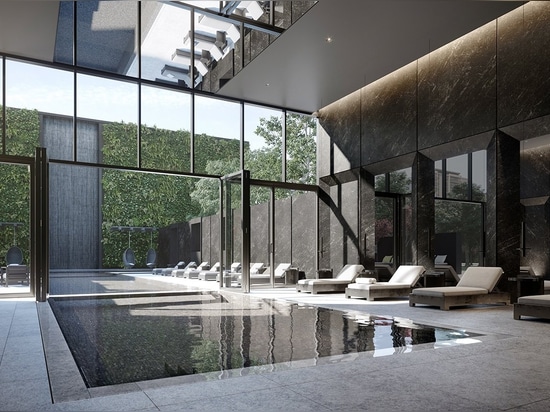 The rectilinear indoor/outdoor pool area is a break from the building’s zagging exterior. 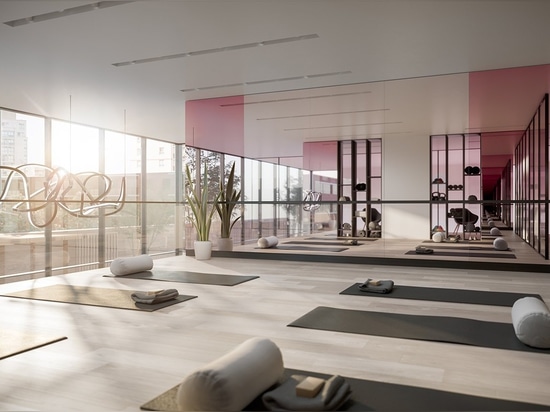 A gym and yoga studio are just a couple of the amenities provided to owners.