The Japanese “no-brand” masters of minimalism unveil the first single-story design in their line of prefab homes.

Japanese brand Muji just debuted the Yō no Ie House (Plain House)—the fourth offering in their line of prefabricated homes. Unlike its predecessors, the Yō no Ie House is the brand’s first single-story prefab, and it was launched in response to growing demand for low-profile homes with suburban and rural—rather than urban—applications. Created with Japan’s aging population in mind, the low-maintenance and stair-free Yō no Ie House is perfectly positioned as a home for retirees.

The introduction of the Yō no Ie House marks Muji’s 15th anniversary in the homebuilding industry—the company’s first home was the Ki no Ie (Wood House), which was designed by Kazuhiko Nanba and launched in 2004. It was followed by the Kengo Kuma–designed Mado no le (Window House) in 2008, and the triple-story Tate no le (Vertical House) in 2010.

In keeping with the brand’s minimalist aesthetic, all Muji Houses are designed with open layouts to give homeowners the freedom to configure the space to their liking.

The durable, energy-efficient home draws upon traditional Japanese architecture, and it incorporates passive solar principles and high-quality materials. The open-plan layout and strategically placed windows create a sense of expansiveness in the deliberately compact building.

The Yō no Ie House also emphasizes indoor/outdoor living—the large, 200-square-foot wooden deck is designed to feel like a natural extension of the 800-square-foot interior.

Pricing for the base model of the Yō no Ie House starts at $160,000, and the home is only available for purchase in Japan. Muji currently sells around 300 prefab buildings a year—a number that is expected to increase with its newest model. 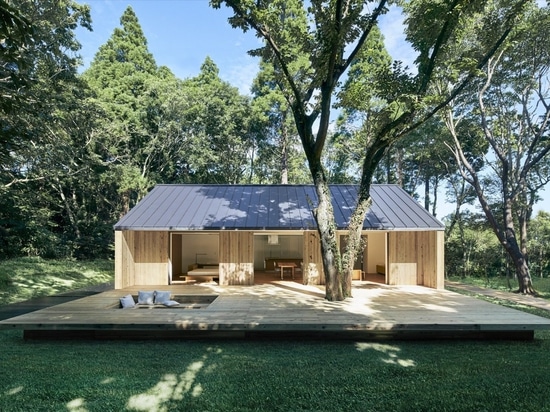 Upon the launch of the Yō no Ie House in September 2019, Muji installed a show home in a forested area in Isumi, about two hours from central Tokyo. 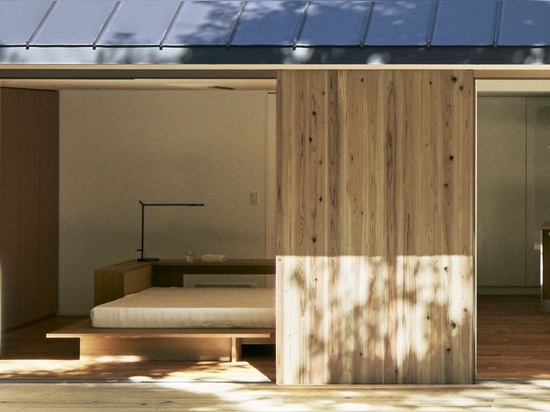 Japanese cedar wraps around the prefab Yō no Ie House, which is topped with a Galvalume steel roof. 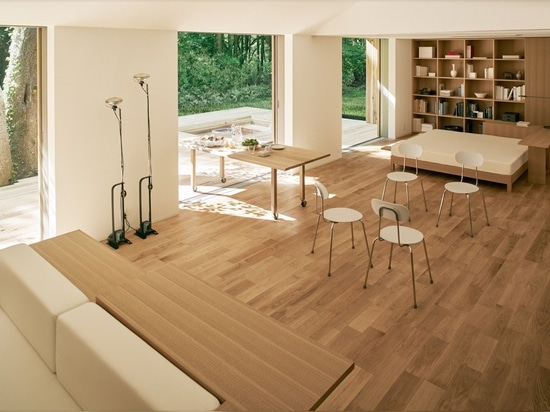 The design of the house follows the traditional Japanese architectural concept of a hiraya—a single-story home with an engawa-inspired deck. 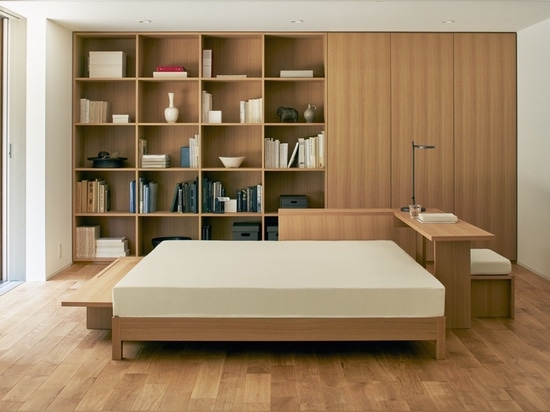 The model home is furnished with Muji's line of home goods. 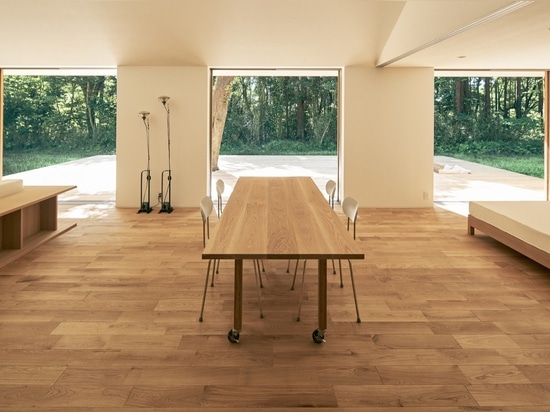 Three sets of full-height doors slide away to open the interior to the outdoors, while the angled roof eaves deflect unwanted solar gain in the summer without blocking access to the low winter sun.