The architects will restore and build upon an existing former commercial distribution structure that once served as a vital node between Hudson River-based mercantile traffic and New York City.

The structure is marked on its ground level by a 670-foot-long tunnel that was once used by trains that directly connected nearby docks with the commercial facilities, New York YIMBY reports. In the latest iteration of the building, the former train tunnel will become a pedestrian shopping street filled with public seating and commercial vendors. The street will connect to an interior courtyard surrounded by other commercial activities. As part of the project, YIMBY reports, the architects will increase the number of arch-topped windows on the historic structure and will update the building's historic signage.

The architects are also proposing a five-level steel and glass addition above the existing masonry building that will be wrapped in balconies and terraces. The addition will include office spaces. 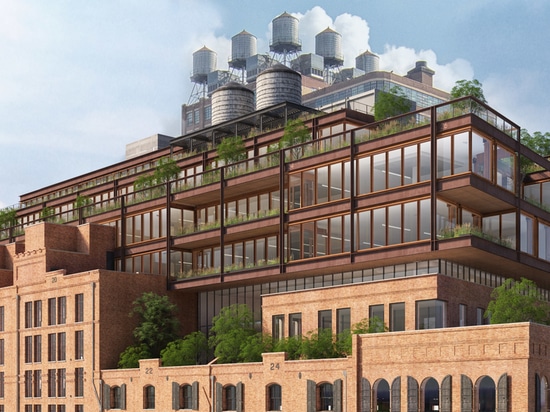 The Terminal Warehouse in Chelsea is set to be renovated and expanded. 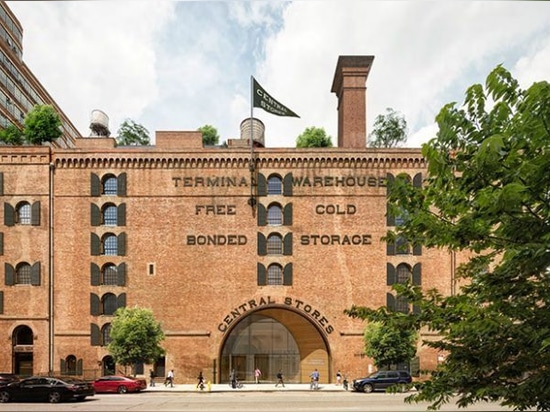 A frontal view of the restored warehouse. 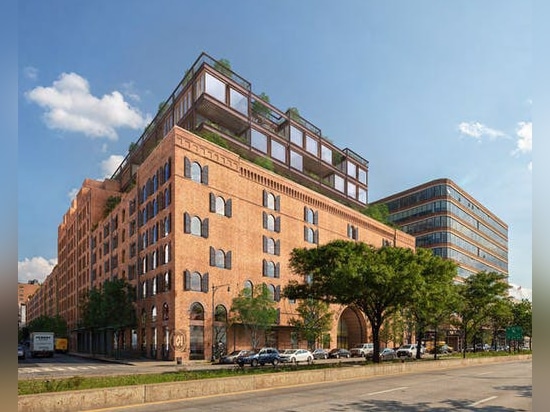 Street level view of the warehouse with the office addition visible at the top of the structure. 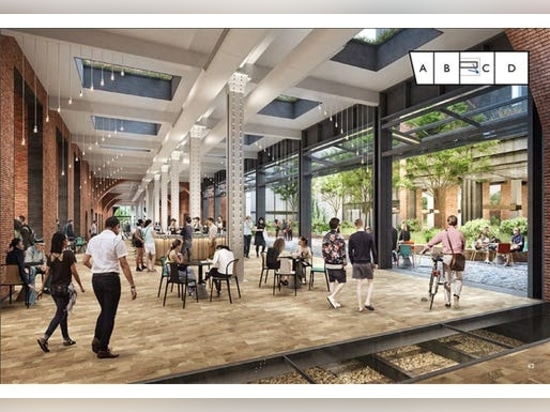 An existing former train tunnel inside the building will be converted into a pedestrian shopping area.