Occupying an historical canal-side building in Amsterdam, Fosbury & Sons Prinsengracht is the first co-working location outside the company’s native Belgium.

Taking its name from the former Prinsengracht Hospital that it occupies, the project carries on Fosbury & Sons’ predilection for landmark buildings, albeit this time swapping the modernist austerity of its Antwerp and Brussels locations for the 19th century grandeur of a listed national monument. Thoroughly renovated by architect Roberto Meyer of MVSA Architects and interior design practice Going East, the historic building comprises 6,000 square-metres of fully serviced work places, meeting rooms, event spaces and restaurant, which combine the professional poise of a contemporary workplace with the welcoming ambience of a hotel.

Launched as a joint venture with the building’s owners, Fosbury & Sons Prinsengracht reflects the company’s founders, Stijn Geeraets, Serge Hannecart and Maarten Van Gool’s quest for a holistic, elegant and people-oriented workplace that offers autonomy, flexibility and connectivity for both freelancers and companies looking for temporary premises. So while the emergence of the co-working concept has been fuelled by the rise of the gig economy and the explosion of start-ups, what makes Fosbury & Sons’ shared workspaces ultimately stand out is the all-round experience they are tailored for and the sophisticated aesthetic they are designed in.

The architects and interior designers took pains to celebrate the historic building’s architectural heritage by meticulously restoring it to its original grandeur, but at the same time introduced a contemporary aesthetic of subdued elegance, harmoniously interweaving the old with the new, and the classic with the modern.

Arches have been highlighted, stained glass windows meticulously restored, and parquet flooring reinstalled “just like we had seen in old photographs”, as Going East designer Anaïs Torfs says, while some of the dilapidated vaulted ceilings have been retained as a reminder of the building’s long history. Complemented by a muted colour palette of white and cream tones, the renovated rooms are jazzed up by numerous potted plants and a selection of contemporary furniture of modernist appeal featuring colourful marble, rich wool fabrics and sumptuous leather. A collection of modern artworks in the communal spaces curated by both the Grimm Gallery and The Ravestijn Gallery enhances the interiors’ contemporary sensibility and sense of uniqueness.

In the attic, the former operating room of the hospital has been transformed into a five-metre high event space with phenomenal views of the canals, one of the seven rooms for meetings, presentations, workshops and larger functions. On the ground floor, the in-house restaurant, Fosbury & Sons Café, serves breakfast, lunch and afternoon treats in a bright, laid-back space that opens up to the building’s internal courtyard, a calm, contemplative space that together with the bustle of the Prinsengracht canal in the front perfectly encapsulate the venue’s all-rounded character. 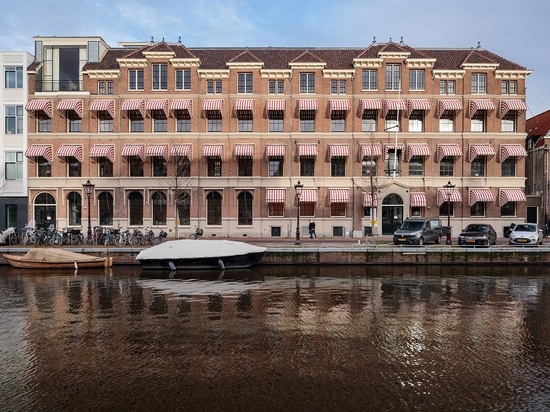 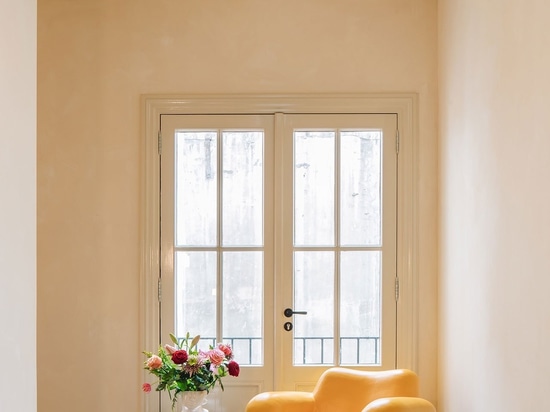 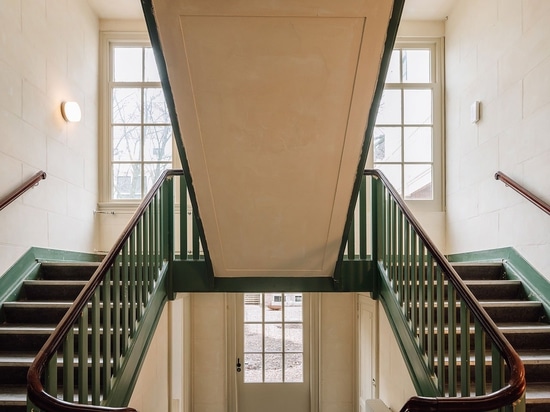 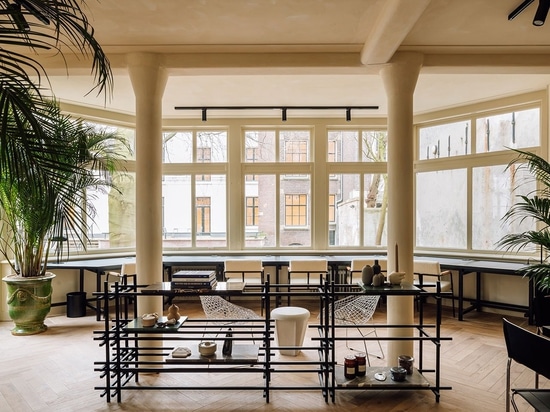 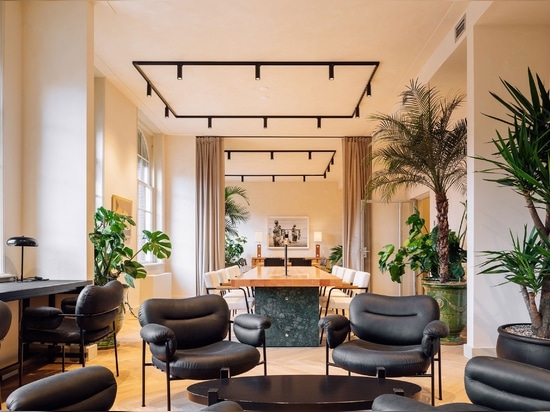