But while architecture students and firms commonly reserve space of their desks for a 3D printer to create high-fidelity scale models as communicative tools, Cucinella has set his sights much higher than the rest.

Last September, printing began on the architect’s first prototype of a two-room house in Massa Lombarda, a quiet comune east of Bologna, Italy. Named TECLA in a nod to an imaginary place in Italo Calvino’s Invisible Cities, the home was engineered by Italian company WASP to become the very first to be entirely printed from a locally-sourced clay that is both biodegradable and recyclable. That material is extruded through a pipe and set in place using a Crane WASP, a modular 3D printing system that can print objects as large as 21 feet in diameter and as tall as nine feet.

TECLA’s earthy color, layered texture, and lack of right angles lends the home a resemblance to prehistoric dwellings and non-human habitats. And like those precedents, TECLA is also a product of its immediate environment and uses virtually zero waste. “Together with WASP” Cucinella said in a press statement, “we aim at developing an innovative 3D-printed prototype for a habitat that responds to the increasingly urgent climate revolution and the needs of changes dictated by community needs. We need a paradigm shift in the field of architecture that gets closer to the needs of people, thus finding an answer for the “Earth” within the “earth”. A collaboration that becomes the union between empathic architecture and the application of new technologies.”

TECLA was developed through a set of research programs within the School of Sustainability, a program in Bologna founded by Cucinella to “train the design leaders of the post-carbon era,” according to its website. The time-efficient and materially resourceful project was established to address both the ballooning of the global population and the environmental impact associated with the building industry.

The first prototype received planning approval in May of last year, and construction is scheduled to be complete within the next few months. 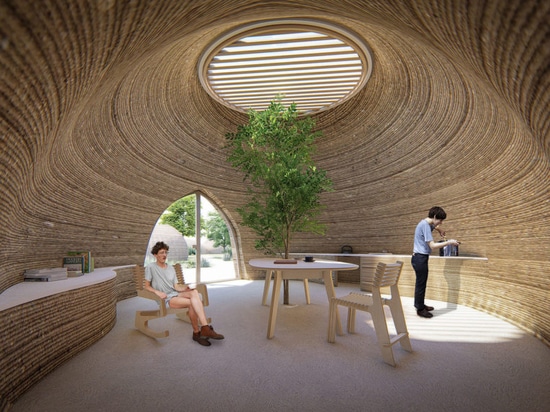 Though the home only consists of two rooms, the project will make history as the first to be entirely 3D printed using locally sourced clay. 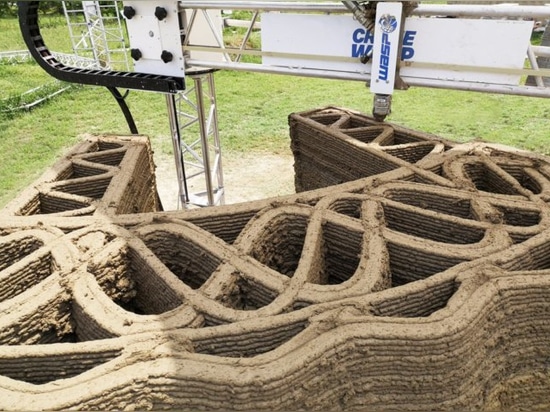 The method of 3D printing employed yields a layered texture that demonstrates its method of production. 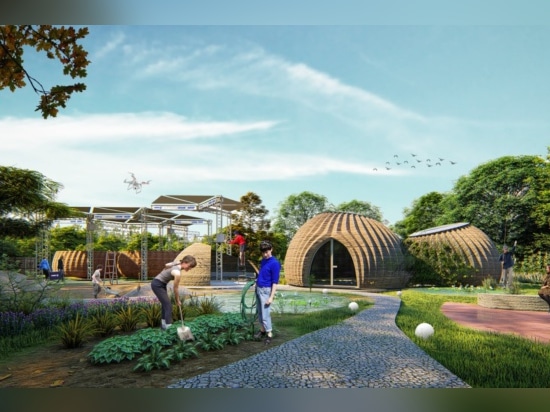 If the first home proves successful, others may be built within the vicinity with varying dimensions.