In Villa Crespo, in the heart of a block on Calle Lerma, nu converts an old dental mechanics workshop into a space for work, meeting and experimentation. In Lerma architecture, design, visual and applied arts coexist.

An eight-meter long and two-meter high skylight in riveted iron and reinforced glass illuminates the dense background of the condominium lot. The property has been owned by the family of one of the architects, Santiago Passalacqua, for three generations. The builder was one of his great-grandparents, a mechanical engineer and inventor, whose son, also an engineer, later specialized in dental mechanics. He made dental lathes, pedals and turbines, a small industry with several employees. Later, these pieces began to be imported and, this time by an uncle, the company turned to ironwork. Over the years, it became a versatile space, where a little of everything was done: a carpentry and sculpture workshop, a photography studio and exhibition space for furniture and equipment designed by nu, the headquarters of the emerging Colectiba, an assembled architecture studio and a distraction site for ping pong tournaments for busy designers. Today that multipurpose spirit is maintained, the ground floor houses the workshop and a large hall and the upper floor houses three private offices that, in turn, participate in the activities of the lower floor.

The shell, skylight and carpentry were kept from the original construction. nu designed a mezzanine with a light metal structure to minimize intervention, reinforced glass enclosures that reproduce the materiality of the skylight, granite bathroom and kitchen floors reminiscent of the courtyard tiles. The coatings were finished with wood phenolics that, after a varnishing and bleaching process, were turned into nice and neat surfaces. 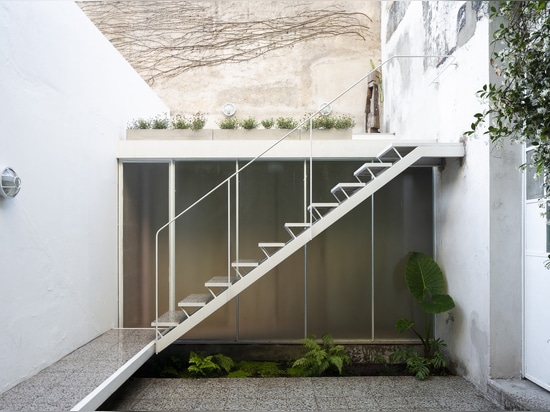 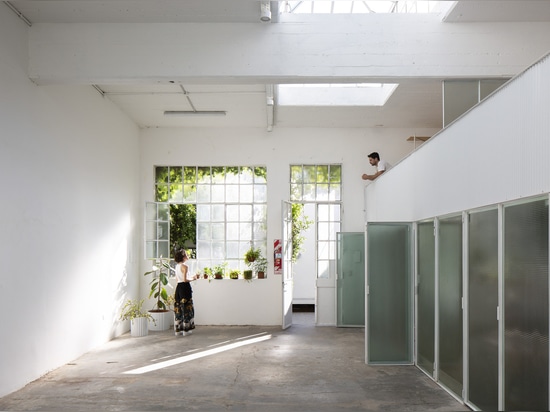 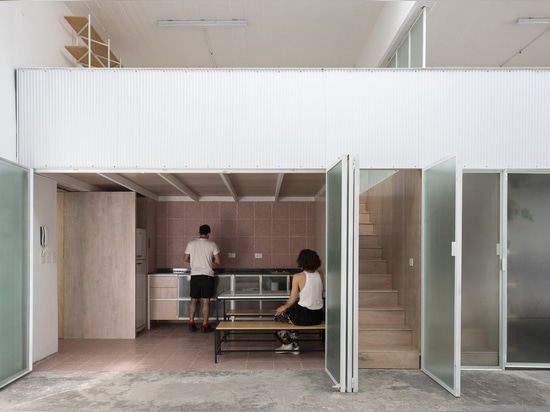 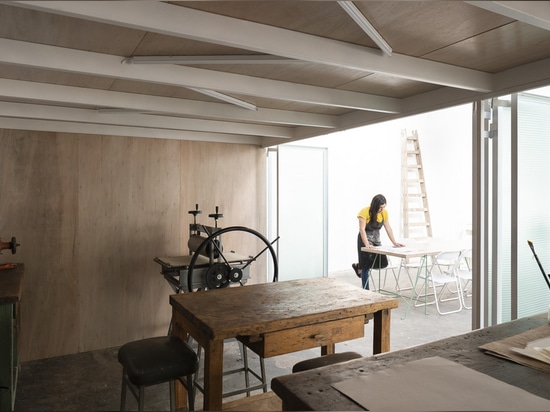