Last August, the Indonesian government announced that the city of Jakarta will no longer be a viable capital city in the near future, given increasing flood risks attributable to sea-level rise.

Instead, a new capital city for up to seven million people would be constructed on higher ground in East Kalimantan, a province in the neighboring island of Borneo that the country shares with Malaysia and Brunei Darussalam. Former British Prime Minister Tony Blair, founder and CEO of Japanese holding company SoftBank, Masayoshi Son, and the crown prince of Abu Dhabi, Sheikh Mohammed bin Zayed Al Nahyan, are all on the overseeing committee for the ambitious project.

Indonesia’s President Joko Widodo expressed that the development of a new capital city is an opportunity to create a “smart metropolis” that will be energy non-intensive and beneficial to the country’s economic growth. Additionally, Blair told The Jakarta Post that “It’s going to be a project that doesn’t just mean creating a new capital city, but a capital city that is going to be very special in the way that it’s developed with a particular emphasis on it being clean and green and doing the very best for the environment, but also a capital city that will allow the economy of the country as a whole to develop and grow.”

A large portion of the budget, currently estimated to be 466 trillion rupiahs ($34 billion), will go towards the development of its 21-square-mile downtown, in which the new presidential palace and related government buildings would be sited. A fifth of that budget will be provided by the state, while the government of the United Arab Emirates (UAE) and the United States International Development Finance Corporation (IDFC) have agreed to invest an additional $22 billion through a sovereign wealth fund.

While the master planning committee develops a scheme for what the ‘smart metropolis’ will entail, exactly, it will have to be designed in a way that benefits the area’s indigenous Dayak tribe and preserves the abundant natural resources. Construction is expected to begin later this year and the new city will accept new residents as early as 2024. 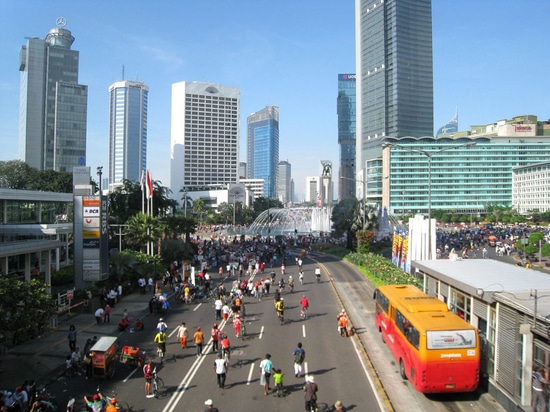 After being founded nearly 500 years ago, Jakarta will soon no longer be the capital of Indonesia.