While working from home in London, we’ve been plotting places to visit in the UK when the lockdown lifts. Adam Richards’ new education facility for Walmer Castle in Kent is a new reason to visit this historical treasure, once the residence of the HM Queen Elizabeth the Queen Mother and set within eight acres of gardens

In the grounds of Walmer Castle on the UK’s Kent coastline, Adam Richards Architects has designed a new learning centre and café that echoes the brooding qualities of the 16th century castle with its sculptural handmade brick walls. Commissioned by English Heritage, which owns the historic site and gardens, it is the first new substantial building built on the site for 145 years.

Walmer Castle was originally built as an artillery fort in 1539-40 during the reign of Henry VIII, and from the 18th century, the Tudor-fortress turned into a stately home for historical figures such as Duke of Wellington, Sir Winston Churchill, and HM Queen Elizabeth the Queen Mother. The popular destination welcomes 3,000 education visitors annually, and needed a dedicated space to host these visiting groups and school pupils where events such as cross-curricular learning days and nature therapy sessions could play out rain or shine.

Architect Adam Richards, who scooped a Wallpaper* Design Award this year for his Nithurst Farm house in the South Downs National Park, responded to the brief with a single storey brick building. Inside, a single main room dedicated to group education features a five-pointed Tudor arc-shaped window that frames a cloud-shaped double row of hedges bordering the kitchen garden. Comfortable in its garden setting, the exterior is discreet and contemporary. Grey brick walls are framed by a shallow pitched zinc roof and a rough concrete plinth, sandblasted to expose the aggregate.

Sensitive to its site and existing architectural additions from the 18th century, the café makes the most of an original timber-framed glasshouse and opens up onto a Yorkstone terrace for coffees and lunches in good weather. Support spaces are housed in a black zinc building with cantilevered roof canopies.

Adam Richards, director, Adam Richards Architects, said: ‘This new learning space "bookends" the estate buildings at the castle, entering into a dialogue with the castle across space and across time. The garden is now re-presented to users of the new building through its vitrine window: visitors see it through this vast display case, framed by a new five-pointed brick arched opening.’

Connecting the garden even further to the site, a new outside staircase of galvanised steel clad in air-dried oak leads visitors into a lost quarry garden, the Glen, newly accessible to the public for the first time in 100 years. Here, head gardener Mark Brent has planted species that with thrive in the calcareous soil of the former chalk quarry, and craftsman William Hardie has designed a new children’s play trail. 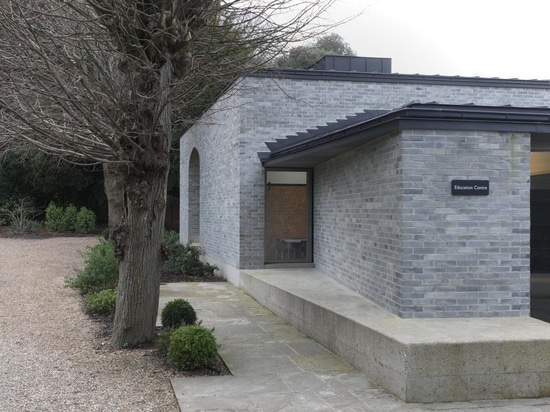 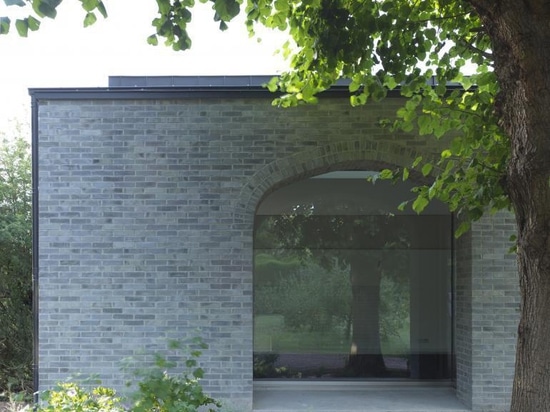 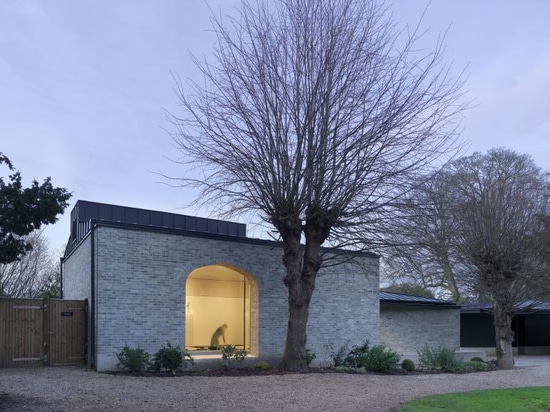 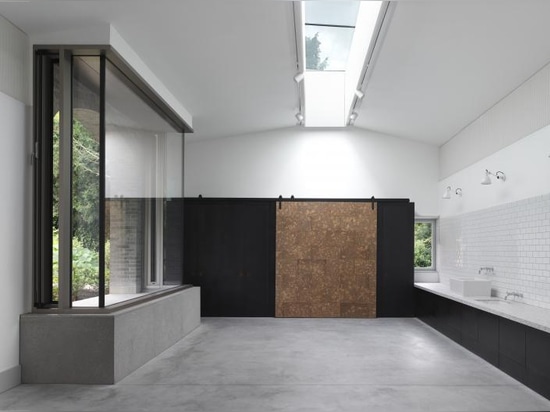 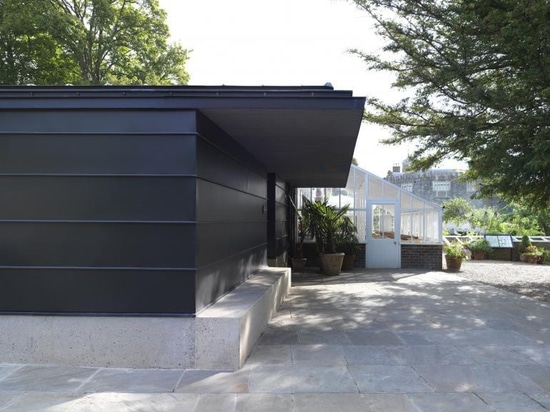