Antwerp gains a sanctuary of silence inside a 19th century cove

How do we make inner silence and stillness attractive, vital and human? How do we redefine our perception of silence and its benefits? These questions were on Cedric Etienne’s mind while he was designing Still Room, a multi-purpose space in Antwerp’s Harbour.

In 2018, the designer and co-founder of Studio Corkinho was looking for a new office, a place that could represent the studio’s ‘creative engagement’. By chance, he bumped into the Noorderpershuis, a 19th century piece of colossal brick architecture that had served as a hydraulic power station, and had been abandoned since the mid 1970s. ‘I immediately felt the energetic potential of this space,’ says Etienne. ‘It felt like an industrial monastery with its majestic entrance, its 3-floors-high metal shelves, the accumulator tower and its attic with a wooden ceiling.’

He convinced the owners to let him re-design the space as a ‘sanctuary of silence’, a project conceived to visualise Studio Corkinho’s design philosophy and to serve as a practical base for Etienne, his design partner Klas Dalquist and their team. The result includes the studio’s workspace and atelier, as well as a Still Room environment forming a portfolio of sorts for the studio, conceived to present their ideas in an immersive architectural context.

The project came at a momentous time for Etienne, as the designer was going through a creative re-orientation. ‘In 2019, I decided to dedicate myself fully in the study of the architecture of silence, visiting sacred places and inspiring architecture to understand the conditions of silence,’ he explains. His pilgrimage took him to monasteries and cloisters in Belgium, the Netherlands, Portugal, Spain, France and Italy, to visit works by Andrea Palladio and Carlo Scarpa (such as the Venetian architect’s Tomba Brion) as well as teahouses in Kyoto and in the Japanese islands of Naoshima and Teshima.

His travels and experiences informed the design of the space, focusing on the eleven metre tall accumulator tower, which became a ‘monastic cell for the modern human’. The first design step for Etienne and his team was to find the right calming hues to create ‘an undisturbed transition between past and present,’ then moving on to develop a palette of materials (burnt cork, oak, carpeting, natural chalk and lime pigments), to convey a sensorial harmony.

‘Natural light also plays a very active role in this space,’ he adds. ‘There are two huge openings in the brick wall, so natural light really works as a giver of texture. You really feel every single cloud passing by, every minute is a new painting.’ Furniture in the space is kept to a minimum, to emphasise, he epxlains, ‘the power of the void.’ Inside find a vintage Jorge Zalszupin reading chair and an ancient chair designed by an anonymous Belgian monk. Pieces by Studio Corkinho include a bold, monolithic low table made of compressed burnt cork, a side table made of a cork, lime and cement composition and a further cork sculptural piece to act as an acoustic panel.

This summer, the studio will roll out a series of events that include yoga sessions, silent meditations and the room will also be used as a deep focus study space by Antwerp’s Architecture School. The space will become a test case for the studio to further develop its architecture of stillness concept.

‘The experience of the room has a true calming impact,’ says Etienne. ‘It’s like putting things on pause, while your mind feels like the silence in between two notes in a piece of music, [the moment] that gives it resonance and shape. It’s not turning your back on the world, it’s about stepping away, so that you can see the world more clearly and love it more deeply.’ 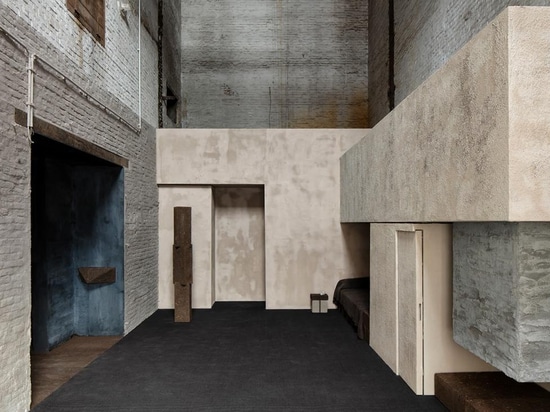 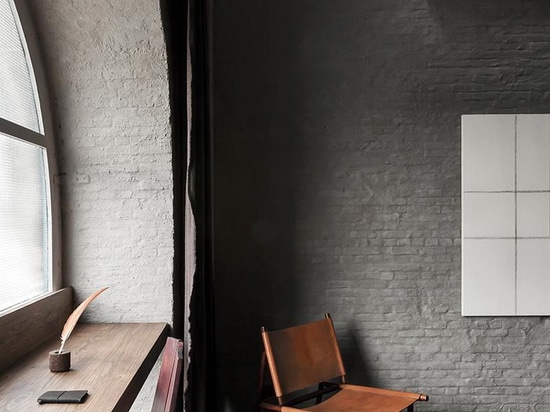 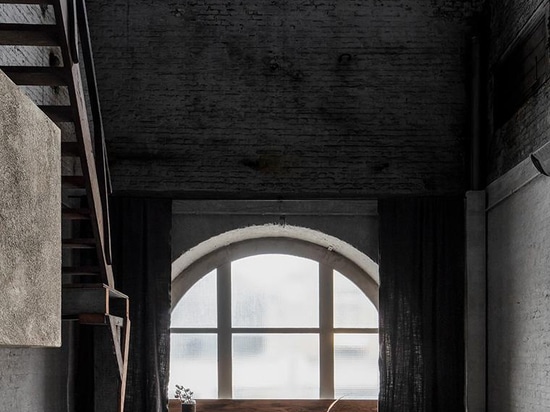 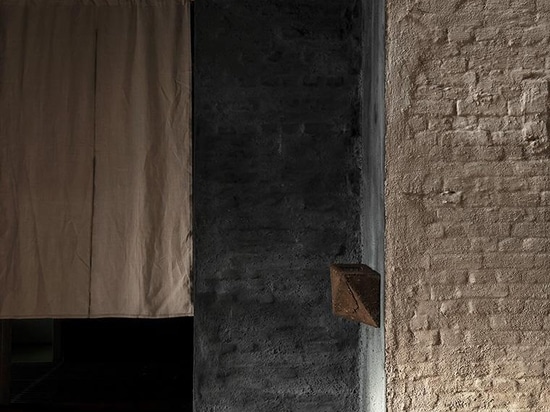 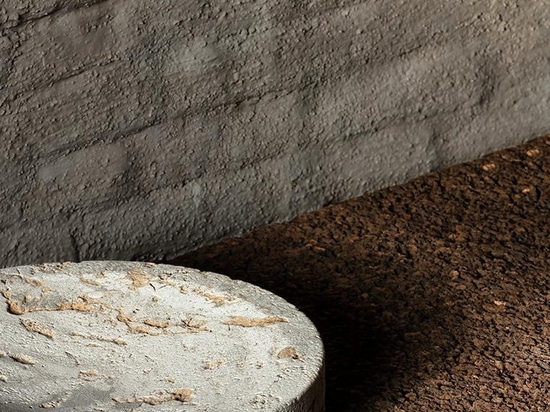