Warsaw-based architecture firm FAAB Architektura has unveiled designs for the Vertical Oasis Building, a conceptual skyscraper that would use renewable energy to reduce its carbon footprint.

Envisioned for densely populated cities around the world, the futuristic proposal features a conical shape with a facade built of materials designed to harness solar energy. Large round openings that punctuate the facade reveal an abundance of greenery growing inside the building.

The Vertical Oasis Building was conceived as mixed-use development comprising retail, office spaces, hotels and residences that also doubles as a local heat distribution center for the surrounding neighborhood. Powered by ground heat pumps and solar energy, the conceptual design promotes a new type of urban development that not only meets the needs of local citizens, but also uses technology and biotechnology to reduce its environmental impact and improve livability.

Although there are no plans for construction, the architects have identified the materials that they would use for the building. BIPV active panels and glazing made with “clearview power technology” would allow all parts of the facade to harness solar energy. The greenery that grows on all levels of the building would be installed inside multifunctional VOS WCC modular panels. This “green layer” would be used to help preserve endangered local plant species, purify the air, reduce noise pollution and promote natural cooling. The green layer would also be connected to an AI and machine learning program so that building users can monitor and interact with the system from their smartphone.

“Harvesting electricity from the sun, lowering the building’s energy demand, the geometry of the facade creating shade where needed, these are the features creating the basic ECO-DNA of the Vertical Oasis Building,” said the architects. “However, the main goal is to change the environment in the vicinity of the building while making inhabitants of the building involved in the process; give them tools to be able to control, manage and enhance the changing climate.” 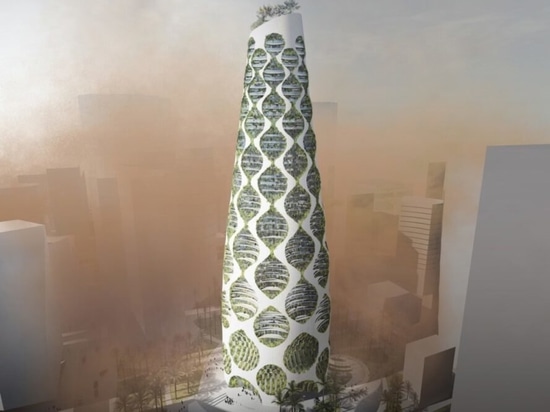 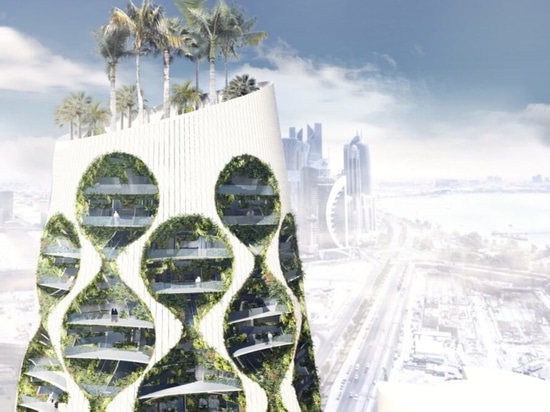 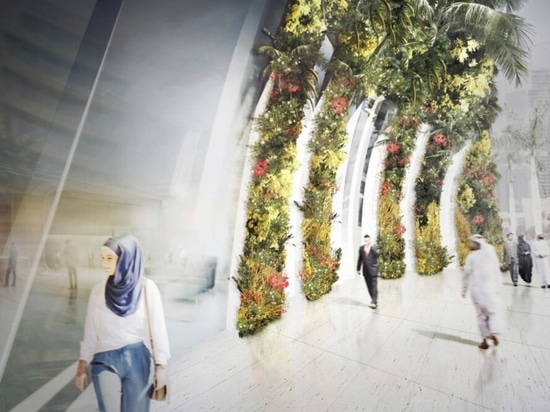 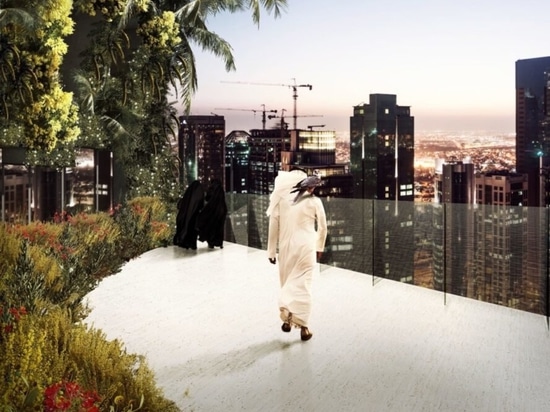 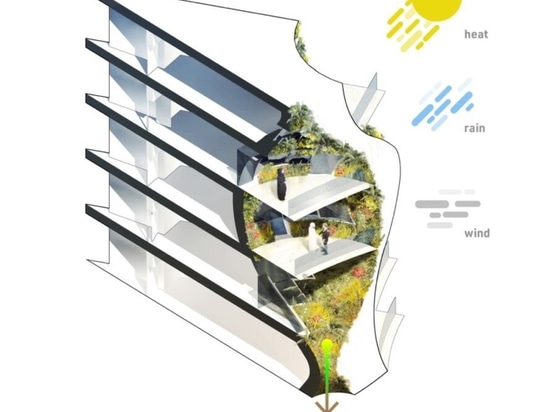