Fenwick-Iribarren Architects and Pattern Design have unveiled the Education City Stadium near Doha, which is the third and largest of the venues for the FIFA 2022 World Cup in Qatar to be completed so far.

Nicknamed the "Diamond in the Desert" due to its distinctive cladding, the 45,350-seater stadium is one of eight venues that will host matches during the football tournament, which is due to take place in the Middle Eastern country in 2022.

Education City Stadium is the third venue that has been completed for the event, following the upgrade of the Khalifa International Stadium in Doha and the opening of the Al Janoub Stadium in Al Wakrah designed by Zaha Hadid Architects.

Designed London-based Pattern Design to a concept created by Spanish studio Fenwick-Iribarren Architects, the venue is located to the west of Doha in the Education City university district, which gives the building its name.

Its facade is made from a tessellating triangular pattern that takes its form from Arabic architecture and is designed to deflect the country's strong sunlight. The facade can be lit up at night.

"The facade of the stadium features triangles that form complex, diamond-like geometrical patterns which appear to change colour with the sun's movement across the sky," explained the Qatar's Supreme Committee for Delivery & Legacy.

"Like diamonds, the stadium's design represents quality, durability and resilience – and will become something to be treasured, both for the memories it holds and its future value to the country."

The stadium has been awarded a five star rating for sustainability from the the Global Sustainability Assessment System.

It is located near the Doha Metro, for direct access to public transport, utilises LED sports lighting, low toxicity indoor materials and was built from 29 per cent recycled materials. In total 85 per cent of materials were sourced regionally.

Following the World Cup the stadium will be converted into a sporting and athletics hub for the surrounding universities and local community.

The modular upper tier of seating will be removed to reduce the stadium's capacity to 20,000, and parts of the building will be converted into classrooms and event spaces for use by the universities.

Madrid-based Fenwick-Iribarren Architects was established in 1990 by Mark Fenwick and Javier Iribarren. The architecture studio is also designing the Ras Abu Aboud stadium to host games at the Qatar World Cup, which will be built from modified shipping containers.

The final of the tournament will take place in the 80,000-seater Lusail Stadium designed by Foster + Partners, which will be located nine miles north of central Doha. 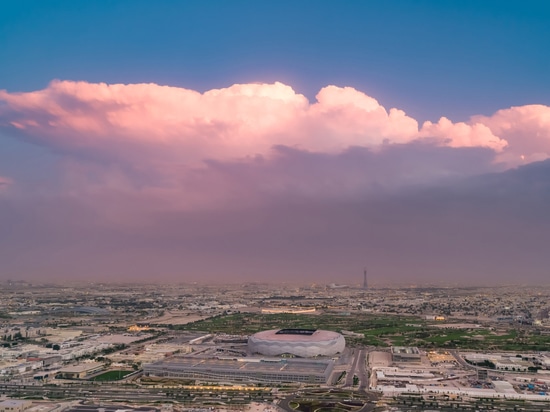 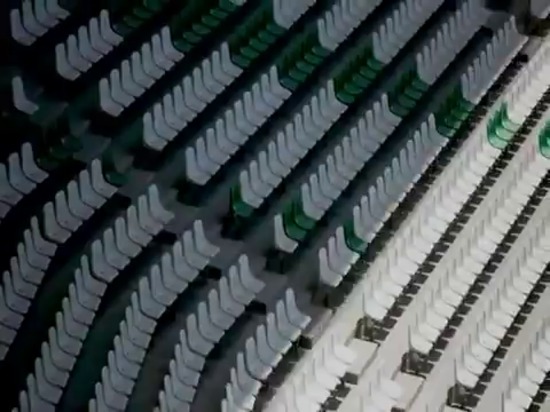 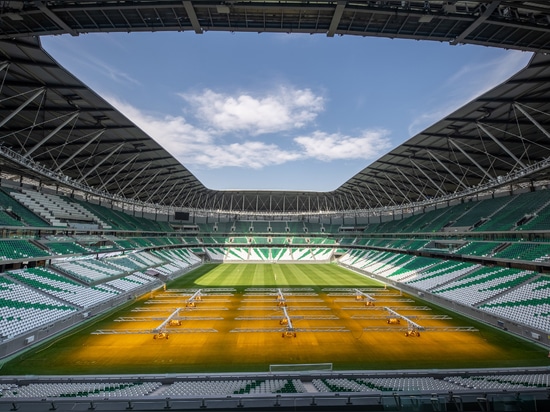 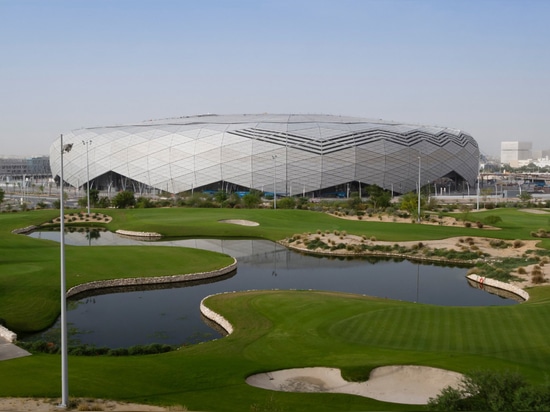 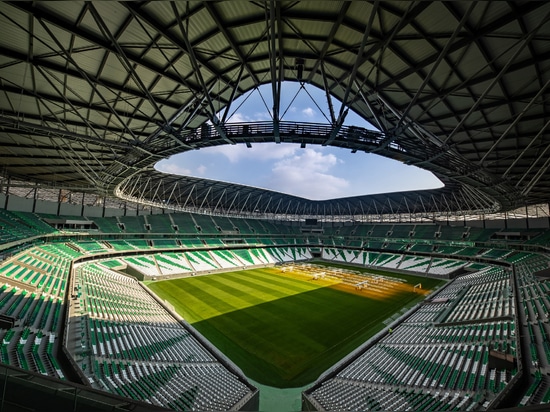