Pale timber partitions were used to transform a 180-year-old barn in Spain into an office space for and by studio Nordest Arquitectura.

The Catalonian architecture studio converted the stone barn, which sits in a square by the old walls of the medieval town of Palau-Sator in Girona.

Its exact construction date is unknown, but the earliest record of the building dates from 1838. Up until 2016 the barn was a working agricultural building, occupied by cattle and used to store hay.

Having outgrown its old office, Nordest Arquitectura took over the barn, which had already been converted once into holiday apartments.

"None of the interventions done before in the building kept or respected its original character and heritage," said Nordest Arquitectura.

"Our intervention does the opposite. We try to respect all the original building elements, showing them off to the maximum possible and accepting the modified parts during the life of the building, keep the ones that are useful and deleting the ones that can’t be useful for the new use of the building."

As an architects' studio, the barn's ground floor is now occupied by the public-facing parts of the practice. A tall, arched glass-and-timber door opens to a reception space.

On the right, a meeting room is housed in a closed-off volume formed by glass walls in wooden frames. A multi-use area sits directly across from the front door.

A cross-shaped corridor runs between this room, the bathroom and a kitchen. The fourth corner of the plan is occupied by a semi-open office, separated by wooden partition shelves.

Upstairs, the entire floor is an open-plan office with walls lined by more wooden shelves. Stairs continue to a small storage room under the eaves of the gently sloping roof.

Nordest Arquitectura chose the same pale timber for all the built-in furniture as they used for the walls. The same wood was used for the front door, although the exterior was blackened by burning to make it blend in with the old facade.

The original stone was kept where it was on show, and the ceilings plastered in white to bounce light through the space.

Reddish ceramic tiles similar to those already in the building were used for the staircase, which has a simple rope balustrade.

The joints where the new floors meet existing elements, such as a brickwork column, have been made highly visible as a nod to the barn's original state.

"We wanted to enhance the presence and the original essence of the building, because the new materials simply overlie the old materials, they never touch each other," said the studio.

Nordest Arquitectura was founded in Girona by Jordi Reimbau and Miquel Rusca. 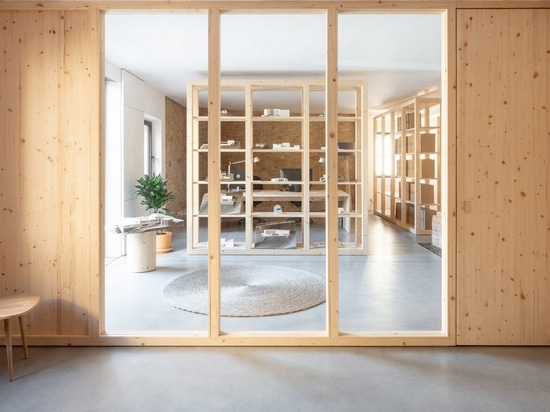 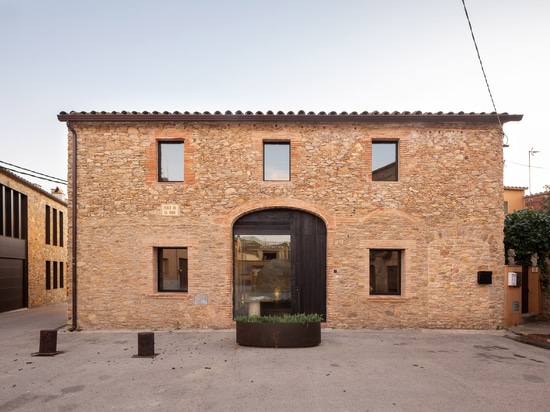 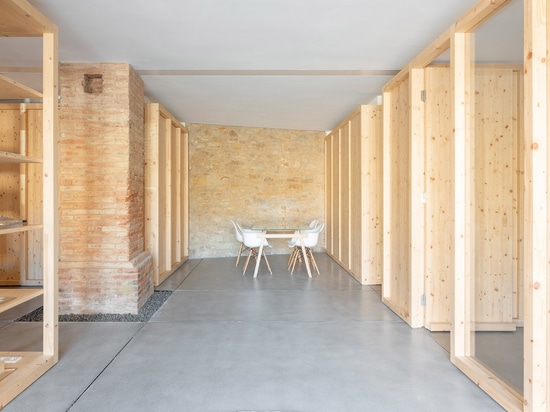 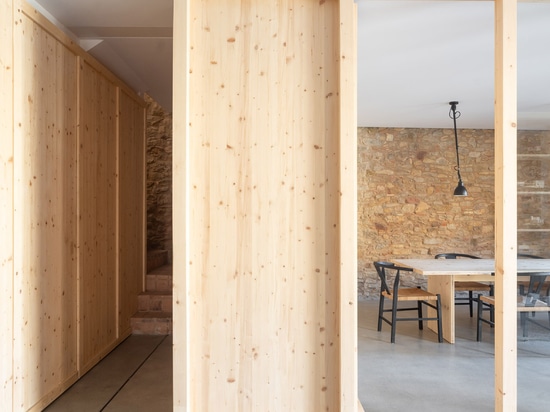 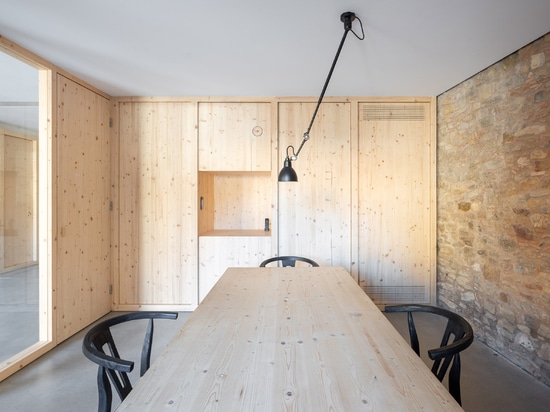