Design student Eliza Hague has created a concept for inflatable greenhouses made from shellac-coated bamboo paper to help residents of Jaipur, India, grow their own food.

The University of Westminster student has developed a low-cost paper-like material from bamboo pulp as a sustainable and local alternative to the polyethylene plastic sheeting typically used for polytunnels.

Hague hopes that her project could encourage communities in the city of Jaipur to grow their own food in favour of a more self-sufficient, plant-based diet, which would ease the growing demand for "destructive" meat-based farming.

"Meat consumption globally is ever increasing, especially in countries that are experiencing rapid increases in wealth such as India," said Hague.

"Despite its population consisting of 337 million vegetarians, 71 per cent of people living in India have a meat-based diet."

As the designer explained, the amount of land required to farm meat is far more than that needed to produce vegetarian food, with even less space is required for greenhouse-grown crops.

"If everyone on earth had this diet, we would need at least two planet earths to feed us all," she added.

There is also an incentive from the Indian government for those working in agriculture to use greenhouses instead of open land to grow crops to increase reliability of harvest and income, said Hague.

The most popular greenhouse covering material in India, however, is polyethylene sheeting, which needs replacing annually and thus results in a large amount of plastic waste.

Drawn to its cheap, lightweight and translucent properties, Hague begun experimenting with different forms of paper as an appropriate cladding for greenhouses.

She landed on the sustainably sourced and locally manufactured material of bamboo to make the paper. She covered it in a coating made from shellac – a natural resin extracted trees – to make it more durable and weather-resistant.

The designer then secured multiple sheets of the bamboo paper together and folded it like origami to create hollow forms.

These beams can be collapsed and transported flat to the selected site where they can then be inflated with air to form the main structure of the greenhouses, before being clad in a flat form of the same material.

Smaller versions of the main origami modules would act as infill beams to hold the structure up. Alternatively, bamboo sticks could be used to provide further reinforcement.

Black solar balloons would sit between the infill beams and the cladding to act as hinges for "fin-like" sections of the bamboo paper. These would expand and contract in reaction to the heat of the sun, creating an opening in the greenhouse facade for ventilation.

Hague envisions rows of these bamboo-paper greenhouses being connected to shared houses constructed from soil, which has a high thermal mass, providing shelter from Jaipur's extreme temperatures.

These would be shared by multiple families and would provide each family member with enough food to be self-sufficient, creating communal "greenhouse villages" in the city's more rural and isolated areas.

As each individual requires 40 metres-squared of greenhouse space to grow enough food to maintain self-sufficiency, the designer has created different potential typologies based on two-person, three-person and four-person homes. 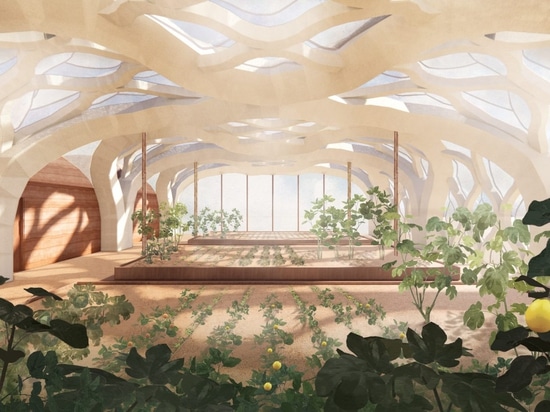 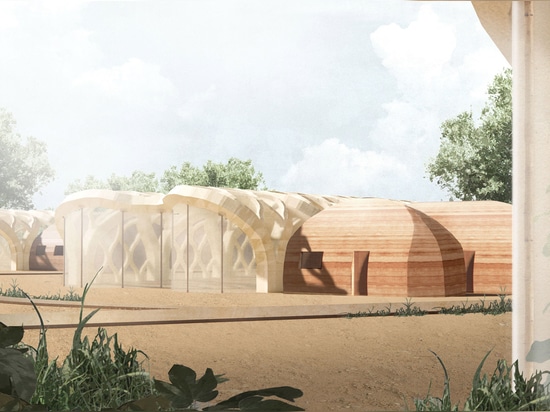 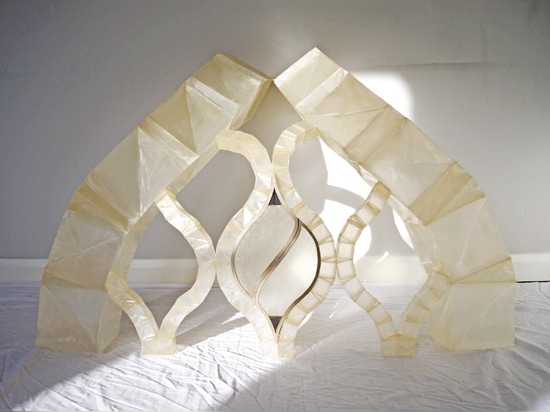 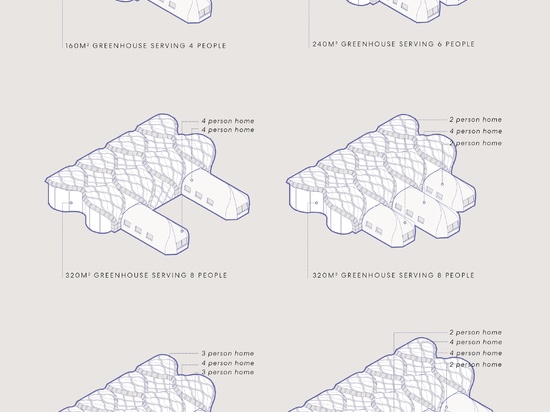 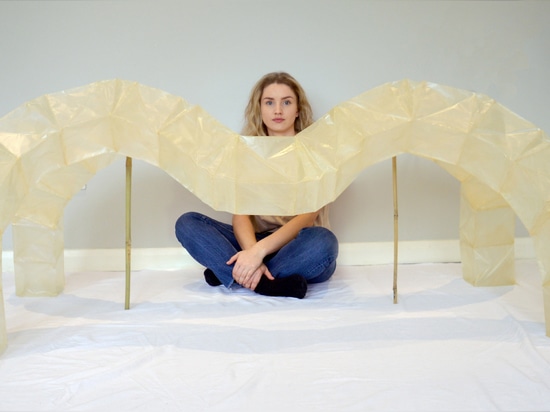