Carrying out an architectural intervention on a building and its historic surroundings inevitably implies taking a stance on the intervention upon its historic heritage as the impact it will have on its environment.

Córdoba Congress Centre (Palacio de Congresos de Córdoba) is set deep in the heart of the Jewish quarter, a few steps from the mosque-cathedral. It occupies the 16th-century San Sebastián hospital, built by Hernán Ruíz. Adapting the old building to its new use required a strategy that could add a new layer to a structure that has undergone many changes during its long existence.This had to be done in a minimally invasive way, with small interventions that would eliminate additions to the original fabric and highlight hidden elements. The aim was to create a cozy and welcoming atmosphere while satisfying the technical needs of an original and flexible congress space. A modern space in harmony with the historic premises it occupies.

The complex is articulated around a series of patios, following the local tradition. After the Mudéjar patio, the second patio is the centre of the new repurposed spaces. This patio, plastered in white and covered by light ribs that outline the sky, is conceived as a neutral waiting space, a place of transit. It serves as entrance to the main meeting hall of the congress centre. A third patio closes the sequence of open and built spaces. It is a traditional courtyard, cool and lush with vegetation, offering a view of the triple arches of the rampart of the old Moorish palace.

The meeting room has been entirely renovated. A new technical floor eliminates the former architectural barriers. It covers various technical elements and contains a mechanism to hide some seats under it. A window in the back wall of the stage opens onto the renovated ramparts, bringing into the room a sense of the history an uniqueness of the venue.

Acoustic panels form the white, straight and rigid walls of the room. They contrast with a more expressive ceiling. It runs along the room, light and wavy like a white sheet, forming the back wall and part of the floor and hiding several technical elements. The only interruption is the lighting over the stage.

This room allows great flexibility of use to satisfy the varied demands that are put on this kind of spaces. Some seats can be hidden under the floor, some other behind projection screens. A partition allows splitting the room under the amphitheatre. Finally, dimming systems create the ideal conditions for audiovisual media. 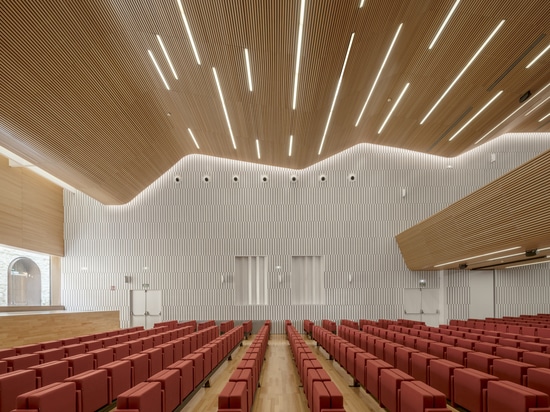 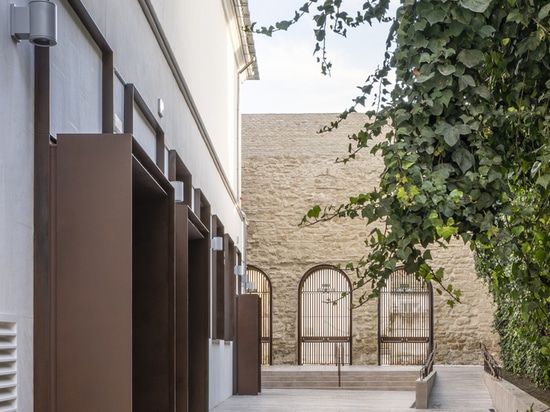 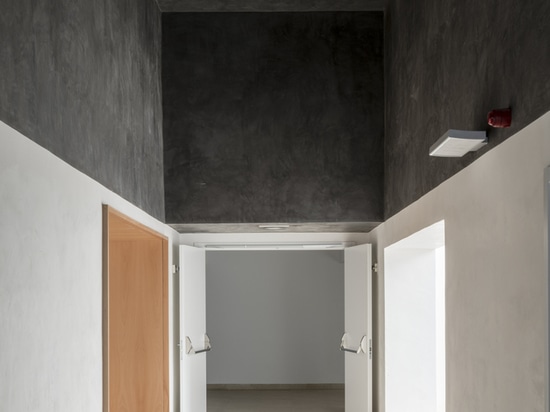 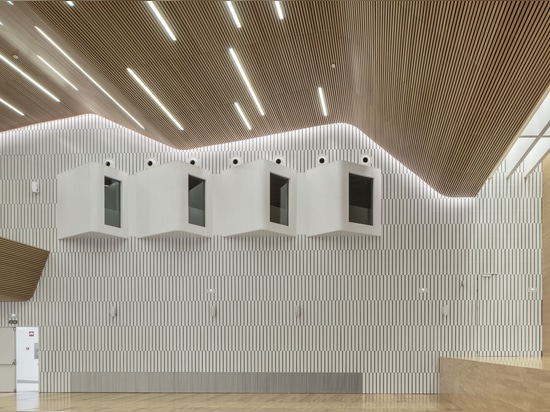 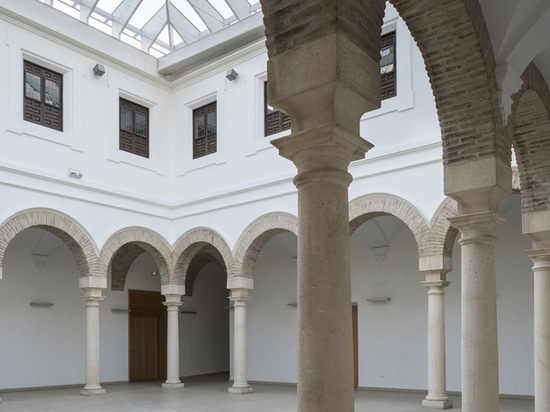