Situated in a dense housing complex in Srengseng, Jakarta; this 700 sqm site feels tighter despite its size.

This pushed the architect to create a workable solution for this family of 4. Client's first brief was to limit land usage for building as to provide maximum outdoor landscape capacity and the ease at which future development can be planned. The presence of indoor landscape was also deemed to be of a necessity, due to client's affinity towards plants and greenery in general.

The architecture concept emphasizes openness while taking into account the importance of privacy for this family. The house is divided into 3 levels with the first floor being used only as a service area. Living area was deliberately located to occupy the second and third floor in order to maximize privacy.

The house privacy is further maintained by the placement of several large windows that are strategically placed to face the side and back landscape, while the house front end only has three much smaller windows divided between second and third floors. A planter box, which is used as a sound buffer from the crowded surrounding, is placed directly in front of the window at the third floor.

The living area layout design revolves around an open dry garden area that maximizes direct sunlight into the house. Dry garden area is also used as the staircase placement. In the near future, a tall tree of 2 levels height is planned to be planted in the planter box placed in the middle of the dry garden, making it one of the numerous house features. The third floor has a void looking directly into the dry garden. White wall paint finish was selected because it helps to absorb and reflect daylight which then makes the rooms brighter and reduces the use of lighting during daytime.

The facade is composed of several orchestrated boxes with combination of wood and stone to blend the house to the lust landscape surrounding it. The wood feel is achieved by using fiber-cement panel and galvanized steel screen attached to a black painted wall. The use of wood and natural stones from local suppliers was chosen to evoke calmness and serenity needed as an escape from the bustling surrounding. 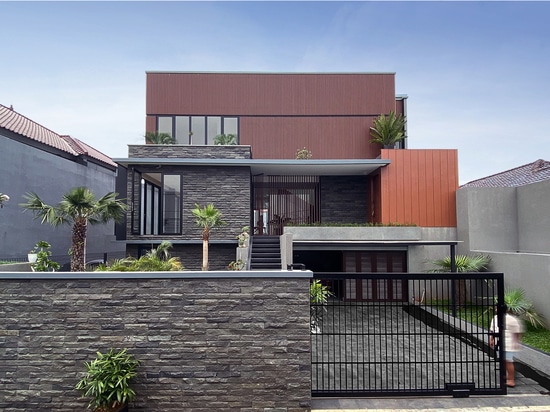 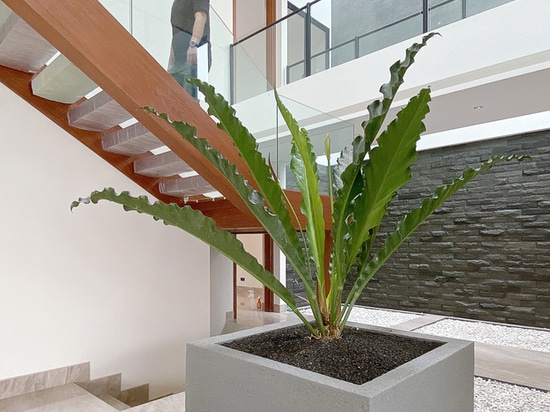 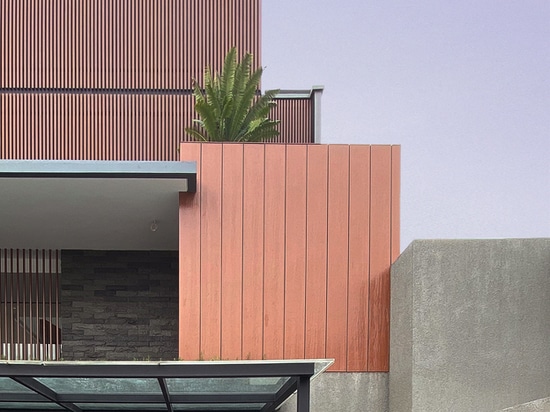 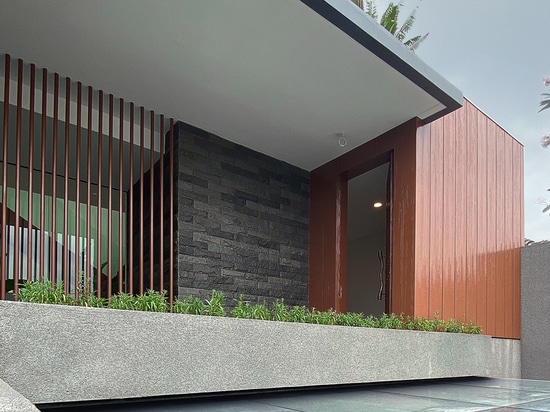 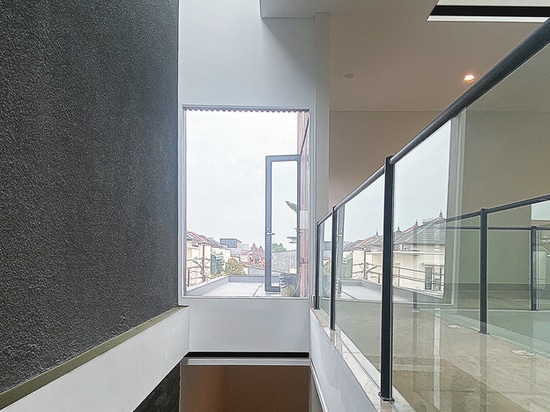