Constitution Park is located in the cultural centre of downtown Kunshan, home to the metropolitan government buildings and plaza as well as the science museum and city park.

The park is designed to offer a spatial experience of the history and spirit of the Chinese constitution and its relevance to Kunshan and its citizens. Our task was to retrofit an existing park to take on new cultural and imaginative significance in the city.

Core elements of the park reflect the role of the constitution in the lives of the citizens. Since constitutions are dynamic and live, the design of Constitution Park adopts a sequence of narrative spaces, elucidating the history, the present and the ceremonial process that binds officials to their duties. We did not want the park to be a museum: to simply offer artefacts of the constitution. Instead, we wanted it to offer spaces for reflection and embody the temporal process of history and law. The final product is energetic, interactive and distinct.

To reach this courtyard, one must journey across the Constitution Bridge or the “constitution cornerstone,” walking through a winding alley that represents the seven constitutional changes that have occurred since 1954. A water channel extends from the meditation courtyard to the ceremonial glade, which symbolizes the spirit of the constitution moving between reflection and ritual. The ceremonial glade also provides an arena for ceremonies and where government officials can take their oaths.Fountains bring an active energy into the space and the design offers visitors spaces to relax, socialize or play. When the sun shines, inspirational phrases are projected onto the paving through the arches that flank the water channel. As the sun travels across the sky, the phrases move across the ground, reflecting the movement of time and thought.

The ceremonial glade is sheltered from the world outside the park by a large mound and dense trees, which facilitates the solemn and reflective mood of the park. The design of the park, incorporating history, spirit and oath, reflects the “eternal circle” at the core of Chinese traditional culture, which represents unity, harmony and integrity. Concentric rings built into the mounds provide seating where family and friends can watch oaths being taken.

The Oath Plaza serves as the main multifunctional space of the park. The plaza offers an arena for events such as assemblies, speeches, oath-swearing ceremonies, or entertainment. Elevated terrain surrounds the circular space, which can serve to create a solemn atmosphere in important activities or a dynamic enclosed space for visitors to mingle. 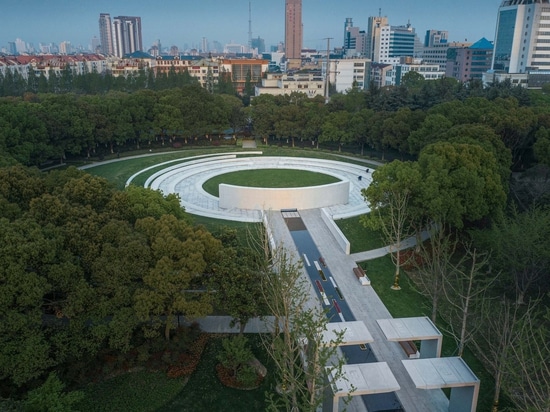 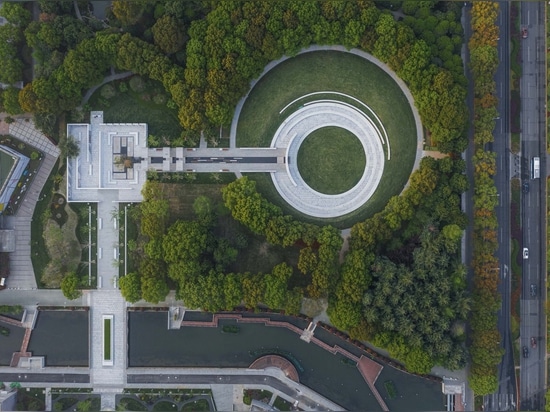 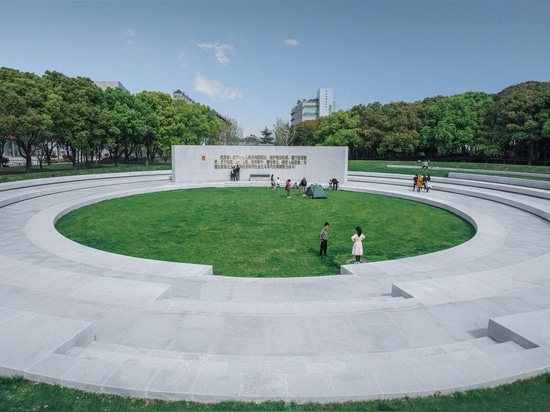 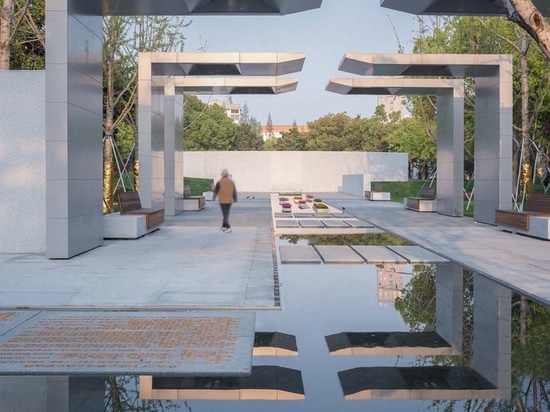 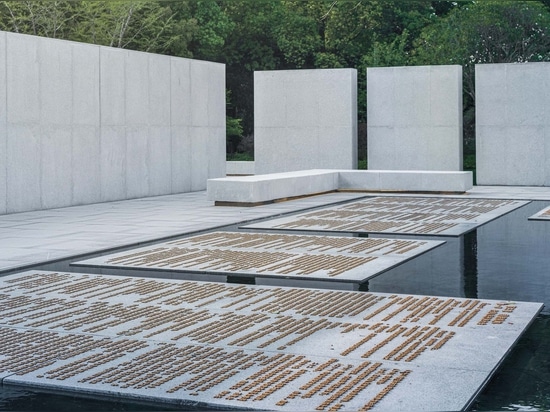