There’s a lot going on in this ultra-compact transformable apartment, designed for a globe-roaming couple and located onboard a large residential yacht. Michael K. Chen Architecture has dubbed the apartment the ‘Pied-à-Mer’, and the design playfully references mid-20th century ocean liners, one of the obsessions of the early Modernists. There’s also a streak of high-tech, with a love of craft, technology and bespoke elements running right through the space.

Chen’s studio specialises in small, multi-functional spaces. ‘It’s a very particular kind of project,’ Chen admits from New York, ‘these elements are mostly for fun but they also help us prototype hardware, etc.’ Building such an exquisitely crafted structure on board a boat presented certain challenges. ‘We could move things around quite a bit, which was surprising to me, but there were definitely restrictions on things like flammable materials,’ says Chen of the 600 square foot space (which is actually two combined units). Having a wooden floor, for example, meant the walls had to be made from aluminium and fibreglass.

The plan is minimal and fully reconfigurable, with both master and guest bed folding down from the walls when needed to maximise the space during the day. When not required, the guest bed transforms into a banquette, with a fold down table that turns it into a dining area. The master bed can also be tucked away, but when open it forms part of an impressive suite, complete with bathroom and dressing room. It is also positioned to make the most of the sea views, day and night.

The cantilevered beds, from the Austrian company Ladenstein, are counterweighted to make them easy to operate, while the bronze and aluminium table is a bespoke element manufactured in NY by MKCA’s collaborators Rush Design. In addition to custom elements, furniture includes Jaime Hayon’s Vuelta sofa and pieces by Faye Toogood, Michael Anastassiades and Konstantin Grcic, along with art works by Ed Ruscha and Phillip Low.

The central spine of this nautical apartment contains a modest galley kitchen (most dining is done elsewhere), as well as a sliding partition that subdivides the temporary guest space off from the master suite. From the entrance, the view is directed towards the sea, with functions concealed within the aluminium ribbing that clads the central volumes, while concealed LED lighting makes these walls appear to float, ‘I find that our general approach, particularly in small spaces is to try to say yes to as many requests as possible and then look for ways to incorporate them by reducing the visual noise,’ says Chen, ‘here you only really want to see the ocean.’

The bulk of the new fit-out was prefabricated in a yacht builder’s workshop in Austria and then transported to Spain, where it was installed during the vessel’s annual dry dock maintenance. ‘It was a bit of a learning curve, but our contractors were familiar with the ship, and we’re learning a lot about building on board,’ says Chen, Other things the architects had to consider were the pitch and roll of a ship at sea. ‘The expectation is that you’re going to be tossed around,’ he explains, and the fittings and fixtures have to have a certain resilience as a result.

While compact but luxurious apartments are one of Chen’s specialisms, his studio is working on a Manhattan apartment building, as well as a community hospital building in Bushwick. ‘We’ve also started a non-profit to do pro bono design work for small businesses,’ he says. The organisation, Design Advocates, builds on MKCA’s project for a library in a women’s shelter in the Bronx. ‘It was such a meaningful and positive experience,’ Chen says, and the organisation now has around 50 firms all seeking to designing spaces for social change. These ideas might seem a long way from roaming the oceans of the world, but they point to Chen’s myriad influences and belief in the power of design. 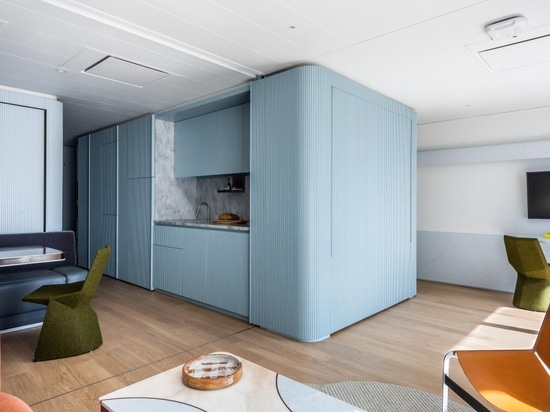 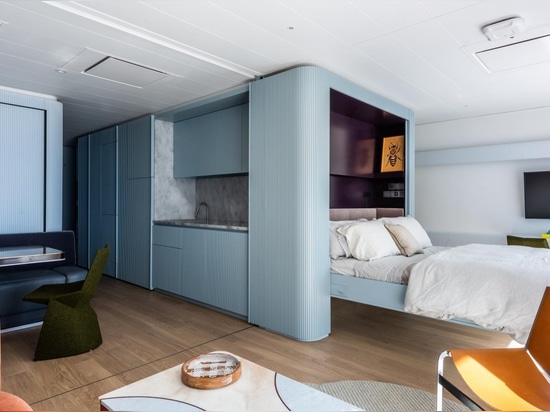 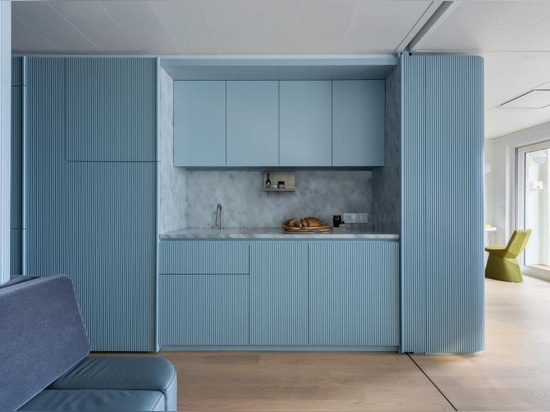 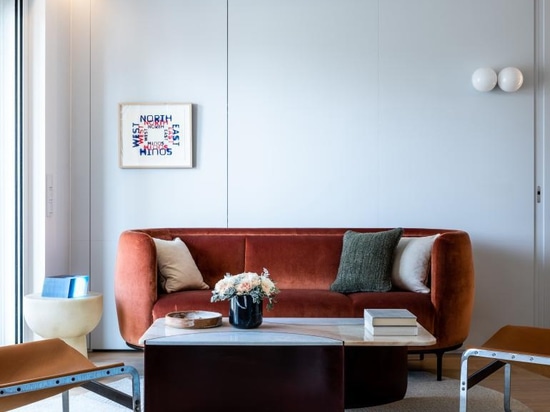 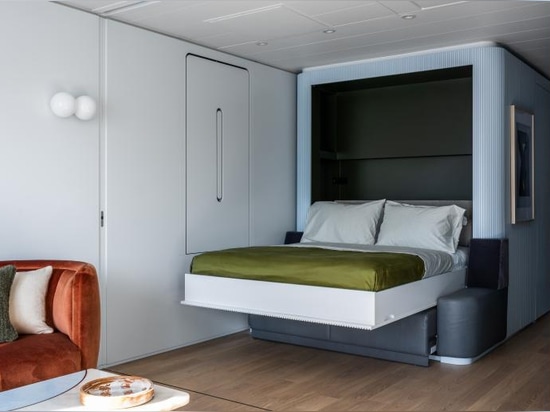