As Tokyo tentitively begins to ease lockdown restrictions, we look ahead to this futuristic office Warp Studio, which combines home comforts with a state-of-the-art workspace

Not too long ago, the typical Japanese office template featured a boring regulation-issue layout of central staff pool ringed by window offices for the top brass. The light was unflatteringly fluorescent and the mood consistently dystopian. Hats off then to Mitsui Fudosan for breaking the mould with its new office, which was completed before lockdown started in the capital city, earlier this year.

Set on the ninth floor of Grand Tokyo South tower in Marunouchi, the 295 sq m space is a departure from the norm in both form and function, a defiant attempt by the real estate company – a specialist in office buildings, retail properties, resorts and residences – to enable synergistic work on several projects by groups of people working together at the same time.

For project designer and Tokyo-based studio, I IN, the goal was to create the sense of sharing a single space, not least that cosy feeling of comfort, as if you were in your own home, rather than an office, discussing load bearings and perspectives.

The solution was erase the numerous meeting rooms of the original floorplan to create a large living room-like zone which is anchored by a central mosh pit lined with deeply set sofas. The solidity of customised desks and dining tables are contrasted by pillars finished in soft plaster, and colour-graded glass panels that add dream-like texture.

If from certain angles, there is a cinematic feel about the office, it’s not accidental. The idea of ‘future’ was a key concept, albeit imagined as a time in the near future, rather than Star Trek-distant. Even the internal name of the new office, Warp Studio, is a subtle sci-fi nod, specifically to ideas that deviate from the common.

The result, say I IN’s lead architects Yohei Terui and Hiromu Yuyama, is a space where people can really relax, even in an office setting. ‘The client wanted the staff to let down their personal barriers and build true collegial relationships. By rebuilding light channels, shape, materials and the way people spend their time at work, the whole office became a comfortable space, while presenting a new view of the future.’ 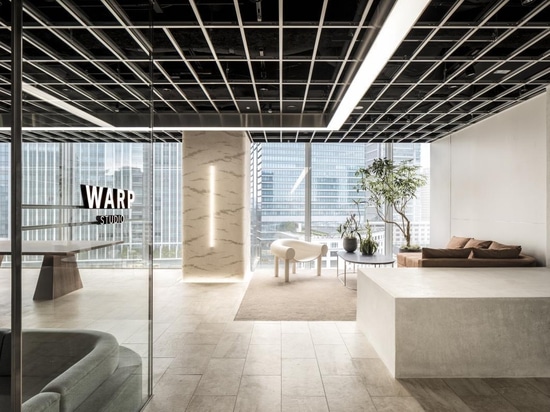 The project’s designers conceived the interior as a single, comfortable space with a residential nod 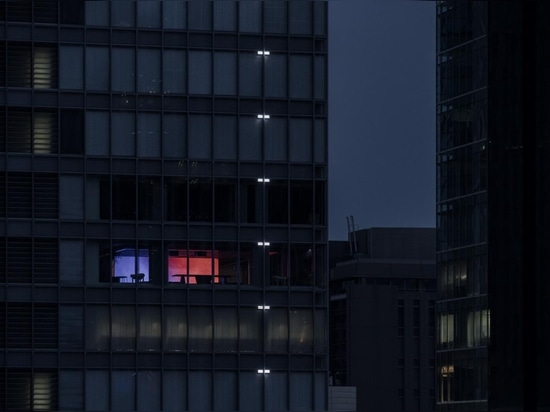 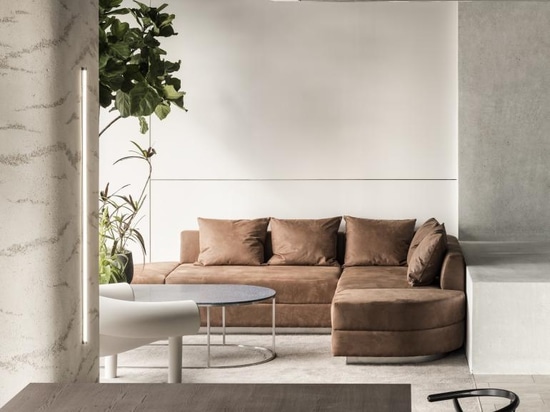 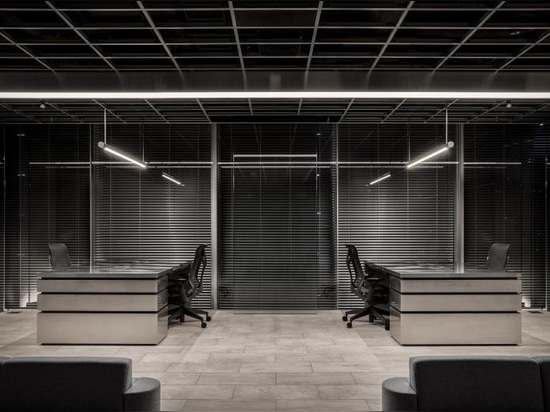