Renovation of a school which is an addition to an existing arts academy on the northern edge of Maastricht's.

This school is an addition to an existing arts academy on the northern edge of Maastricht’s city center. Originally conceived to combine the architecture, fashion, fine arts, industrial, and graphic design programs of study and their respective studios; it is comprised of two buildings connected to one another via an enclosed footbridge, which is elevated three stories amongst the surrounding mature trees. The school is situated within a dense cluster of structures that camouflage it from direct view when passing by; it is exposed to the city yet hidden within it.

The school’s exterior is draped in a glass-brick veil that shields interior inhabitants from the city during the day by providing a layer of visual protection, so that students remain concentrated during study. This school therefore directs the focus of its inhabitants inward. This same glass-brick veil simultaneously reveals the interior inhabitants at night, as their silhouettes cast shadows onto its skin. A café, library, and large auditorium define all non-studio spaces, and communal areas encourage informal dialogue amongst professors and students.

A series of ramps traverse the portion of the school that adjoins the existing arts academy; they provide access to the school’s library and auditorium, the latter of which is located in the lower level. These ramps eventually lead users to the uppermost level, where they are presented with an enclosed footbridge that spans the school’s two components. The bridge routes users through the surrounding treetops, and its floor and ceiling are finished in glass block, so that its concrete walls carry its structural load.

Once the bridge is traversed, the working studios of the artistically inclined students become visible, dispersed throughout three floors. All furnishings within the café–including the oversized circular table that seats 12 in order to encourage communal discussions–were custom designed for the space. Cocooning students and professors from city life while simultaneously affording them direct access to it; this school is a workshop for artists. 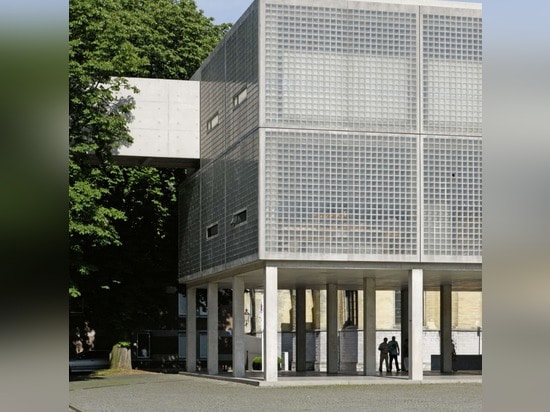 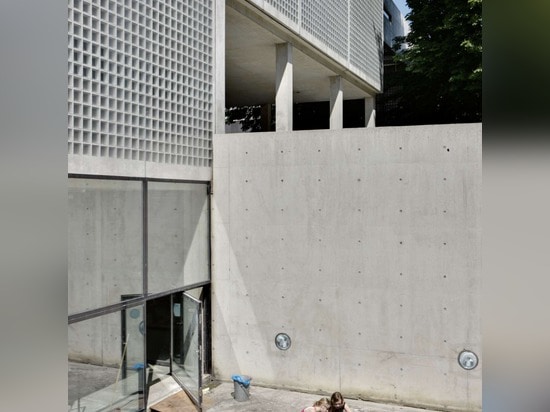 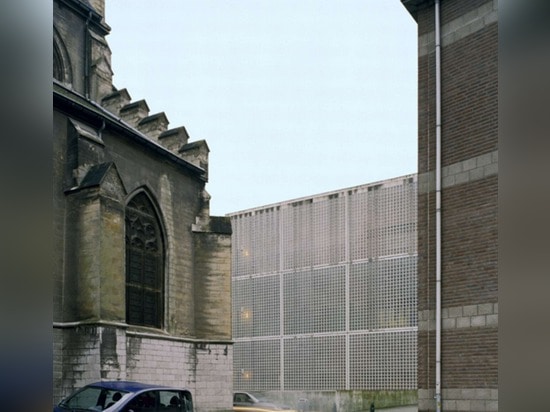 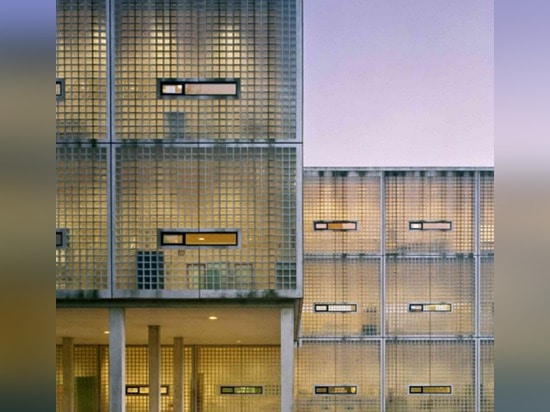 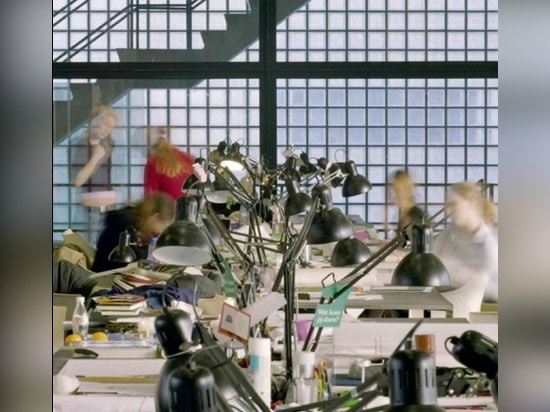