*The word “ChaharGah” in Farsi is a combination of two words: “Chahar” that means “four”, and “Gah” which has two meanings; “Time/Period” and at the same time “Place/Location”. We translate “Gah” as “Sequence”, so project description and design process are described in “four” “sequences” as follows.

Sequence 1: The mountainous location of "Mosha", as a "garden-city" in the foothill of Damavand — which has pleasant summers but cold and harsh winters — formed our initial design idea, and led us to an integrated/ homogeneous metal cover; a material which has been used in the indigenous architecture of the region for many years. In the east elevation, the cover has been opened from the heart of the house to the side garden's long poplar trees, while the west elevation is completely closed to protect it from the rain and the western seasonal wind and storm.

Sequence 2: Based on our design program, the roof ridge, in the prototypical form of the local sloping roofs, has been moved from its central symmetrical axis to a diagonal position making the south-southeastern distant landscape as well as the northern highlands mountains more visible. At the same time, the diagonal ridge has been curved inwards to divide and create various spaces inside.

Sequence 3: According to the project requirements and the program, we’ve designed the house in two independent spaces: the first space, the ground floor, which is closely connected to the southern orchard-to-be, needed by the family as their recreational and sports space; and another space, the duplex at the top, which connects the interior to the surrounding landscape, and has been designed as the main space for relaxation, cooking and living, while the void over the living area helps the space to be extended up to the inward curve of the high roof.

Sequence 4: Finally, and in other words, the dialogue between the shell and the core of the building leads to a compromise in the form of a hyperbolic geometry, which is manifested in the interrelationship between the core and the integrated and continuous shell. As a result, it places the house in line with the plot of the orchard in a north-south direction. Moreover, the transparency of the south façade allows the light and beauty of the nearby field to be drawn in; summer green field and winter snowscapes. And at the same time on the east and west sides, it restrains the forces of nature. 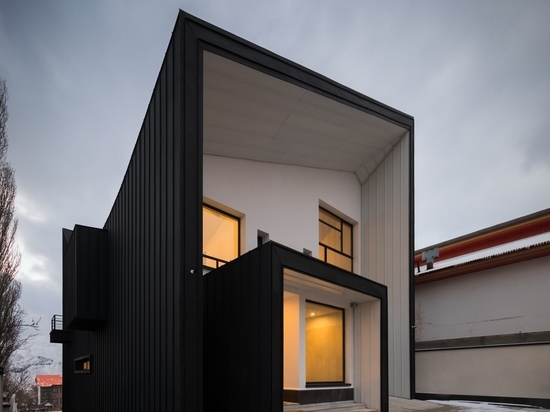 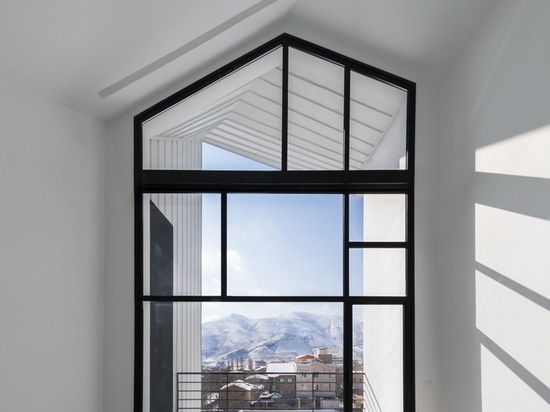 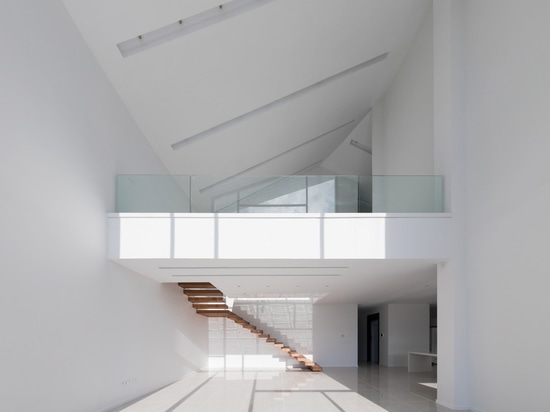 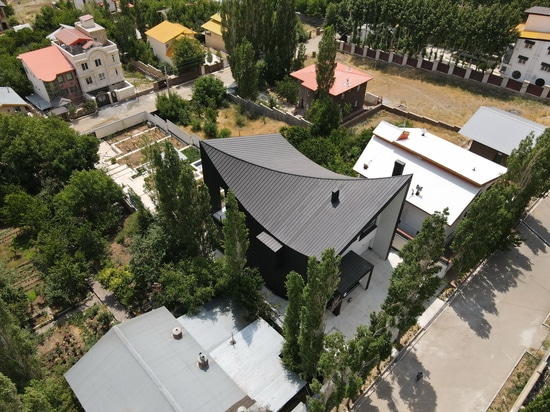 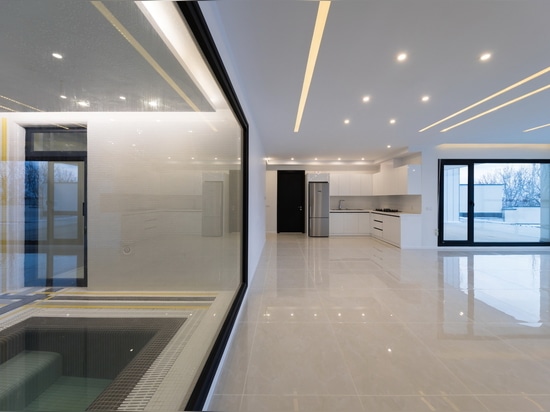 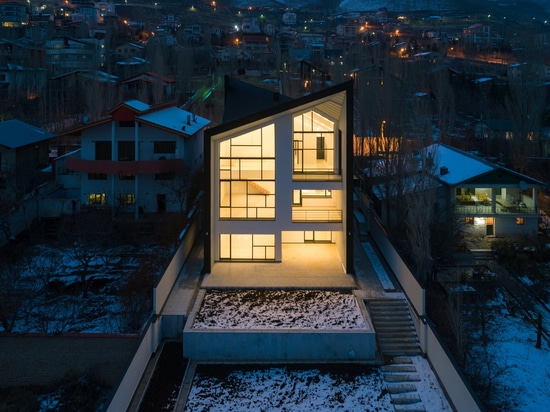