Dutch architecture studio MVRDV has been commissioned to design new office and retail building Glass Mural, which will incorporate work by artists DENIAL and Sheefy McFly

MVRDV has been commissioned to create a new office and retail building in Detroit’s Eastern Market. Titled Glass Mural, the structure is conceived as a celebration of its historic area – the largest public farmers market in the United States. The colourful scheme will also incorporate murals by artists DENIAL and Sheefy McFly.

‘Over the last 20 years The Eastern Market has become the epicenter of the creative community in Detroit,’ says MVRVD’s Winy Maas. ‘The gritty "industrial" neighbourhood has become filled with public murals, thanks to the annual Murals in the Market festival, which was recently named by the Smithsonian as one of the five most important public art festivals in the world.’

Responding to this, the building’s printed glass facade skin embraces the area’s vibrancy and art by taking the existing mural by DENIAL, found on the old brick building on site, and visually preserving it on this new ‘canvas’ made of glass, stretched around all four sides of the building. This has been welcomed by the artist.

‘I feel that the physical integration of the original public artwork into the glass architecture of the building is about the permanent preservation of an idea for the future to experience, as public art is more often than not, an ephemeral form of art,’ says DENIAL. ‘To incorporate the artwork and history of the building into the new imagination of the structure is a beautiful homage to a true epoch of change in the Eastern Market district and for Detroit. I really think it will serve as an inspiration to people and it really mirrors the unique characteristics of the market, which is exactly why I fell in love with that area of Detroit. I am extremely fortunate to have champions behind me who believe in the ideas my work speaks to.’

Glass Mural, sat at the intersection of Russell and Division Street, will span 3716 sq m and three floors, as a stack of three translucent glass boxes; one will showcase DENIAL’s piece, the other will feature a ‘flat façade finish’ to provide an opportunity for different artists to use it over time, and the third one will depict a newly commissioned mural by Sheefy McFly, one of the city’s emerging artists. Balancing coloured areas with clear ones will ensure the businesses inside get openings and plenty of natural light.

‘I feel as if I’m seeing my artwork in a form I never would’ve imagined,’ says McFly. ‘To be apart of a project that will be the first of its kind in my hometown as well as the world is a honour. The Glass Mural will open my mind more into architecture, making beautiful conceptual spaces that can change the way people view buildings.’

Navigating this relationship between art and architecture was a welcome challenge for MVRDV, who looked at their stacked box design as an empty canvases for artwork. Past, present and future blend into the project. ‘With this building we want to enhance the identity of the Eastern Market,’ concludes Maas. ‘We want to preserve art and memory and at the same time add something new, in the spirit of the neighborhood, in a way that is playful and unexpected. We want to embrace the history, the present, and the future of the Eastern Market. Furthermore, we want to involve people and bring the community together.’

As a further step towards embedding the project into its city and neighbourhood, the appointed contractors are L.S. Brinker Company, a Detroit-based minority-owned construction management business. 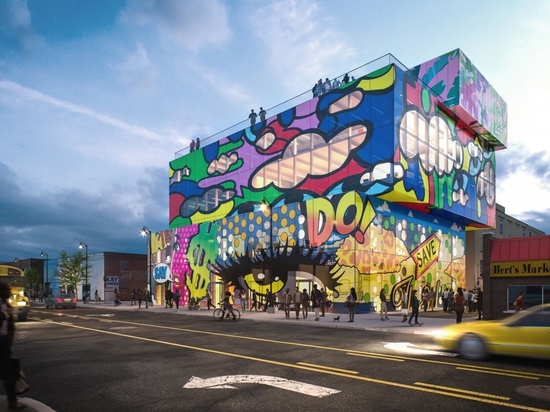 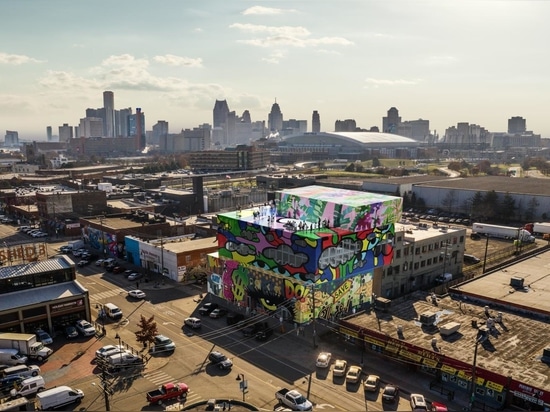 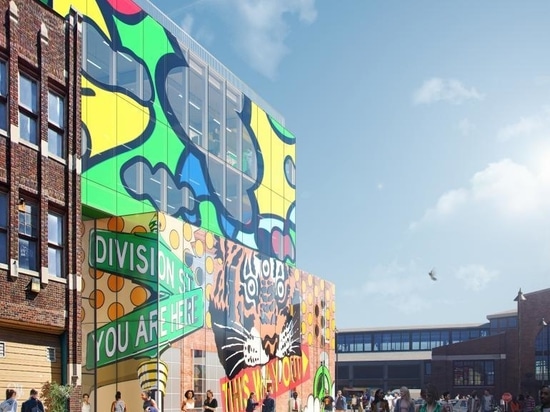 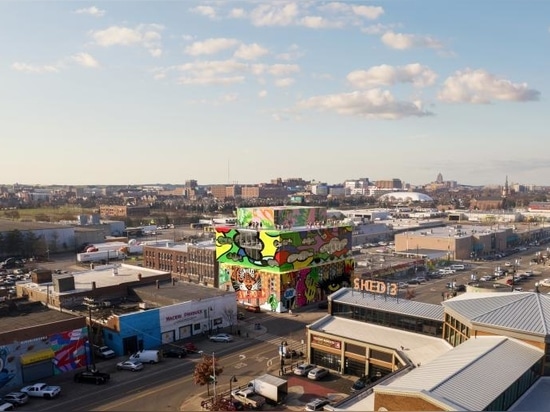 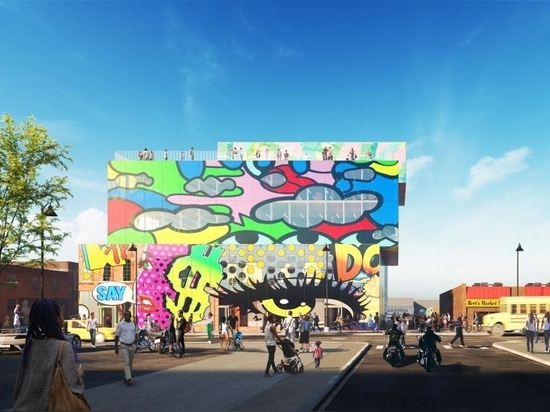