Planned for a site in the new Ecocité district of Grenoble in France, the residential complex has been developed over the past eight years alongside Bouygues construction.

The ABC concept strives to meet high aspirations of sustainability. A stands for autonomous. The project targets water and energy self-sufficiency and optimized waste management. By mixing renewable energy production, energy storage, and controlled consumption, Valode & Pistre proposes a mode of living that is better integrated into the natural environment from which it draws the necessary resources to function, such as water and heat.

B is for building. The ABC concept proposes to incorporate a certain amount of standardization in order to build quicker while still maintaining a high level of quality. C is for citizens. ABC goes beyond a purely technical approach; an essential element is to involve residents throughout the design and build process, allowing them to get to grips with the specific features and innovations of the project.

The project involves creating a built complex capable of capturing maximum solar energy while becoming an integral part of the architecture of Grenoble’s new Eco district. the morphology of the buildings is designed to fit into the site. The concept is topped with angled photovoltaic roofs, which echo the shape of the surrounding mountains.

The scheme provides residents with bicycle parking, a large communal hall and vegetable gardens. Large technical rooms are planned for storing resources, rainwater will be recycled for drinking, and innovative recycling showers will limit water consumption even further. Each resident will be able to monitor and control their own consumption. And over five years, they will also be able to monitor the performance of the entire complex. 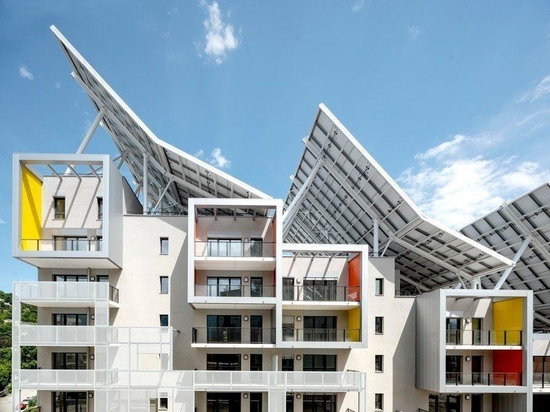 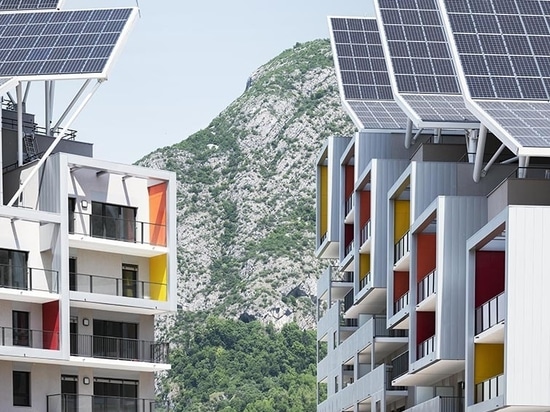 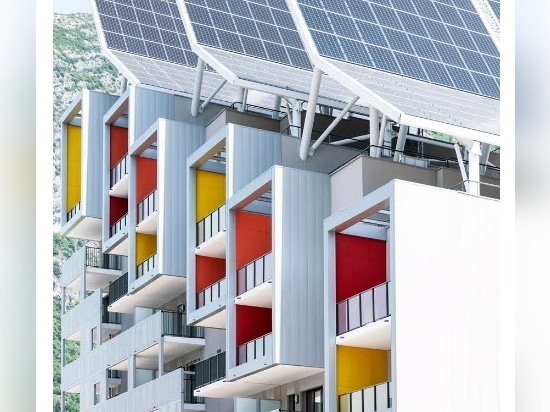 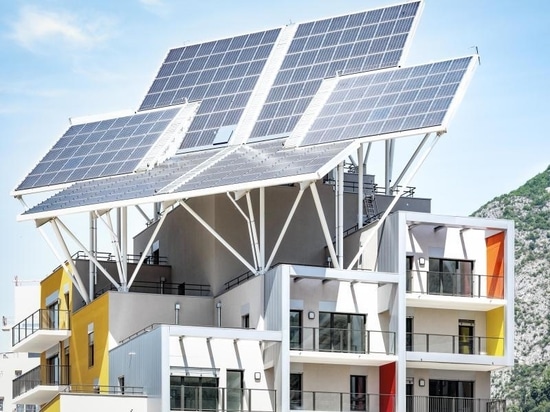 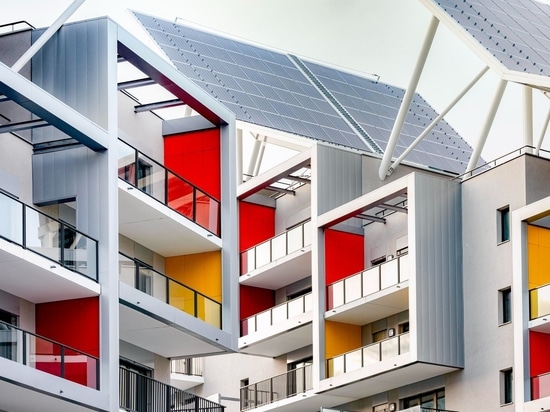