This office building is situated in the shipyard at the entrance of the bay on the south-east coast of the Marmara Sea.

Ships and cargo boats from all over the world come to this shipyard, they are repaired, maintained, and they continue on their way. Steel material, paint, blasting process, and also the sound of metal are the reality of shipyards. The context of the area affected the design of the building. The design progressed with the answers sought for the question of how the ship construction, ship elements, and the use of materials can become a structural element for the fixed building.

The mass is divided into two pieces and is articulated through circulation, services, and wet areas. In this articulation with a single-direction staircase, floors can be entered by scattering from the landings, and the staircase emerges after the 3rd floor and reaches the cafeteria on the top floor, which provides a whole view of the shipyard like a captain's bridge. The transparent facade of the building faces the seaside, ships, and workshops. The interior consists of flexible and portable components. Coating wasn't used unless required indoors. This construction and the structural concept has also been used in the interior design.

Although it has an office program with its structural setup and facade language, which is formed by directional sunshade elements or by pulling the facade inside, it refers to the industrial buildings, cranes, and lifts around it due to its location. When designing the building one of the important criteria and intentions is the idea of bare aesthetics that contains nothing that the industry doesn't use.

The building was designed and built as steel construction. There is no basement floor. It rises on its border. With a shallow foundation technology on the ground floor, all bearing elements raise rationally and structure finalizes itself. The longitudinal pieces of the structure provide mass stability by sliding in a smooth geometry. There is no better place for the idea of a finite structure that is pulled into place like a cargo boat, attached and ready to go when necessary. 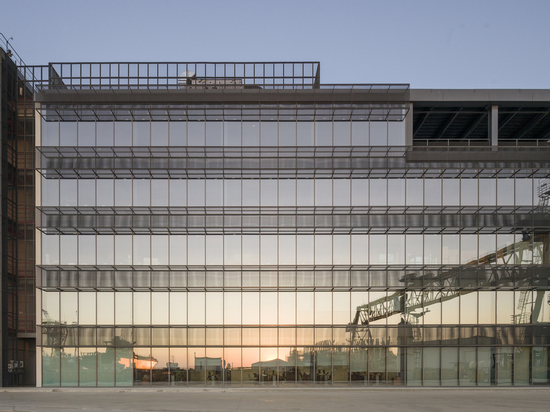 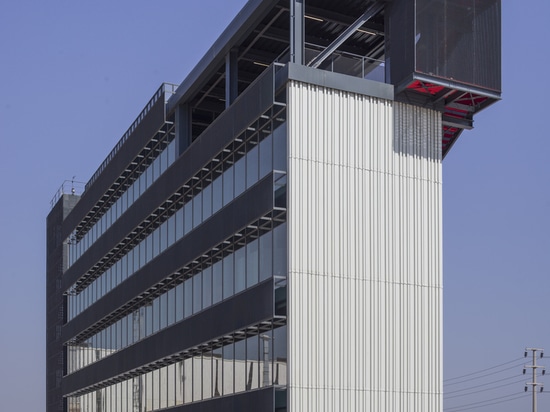 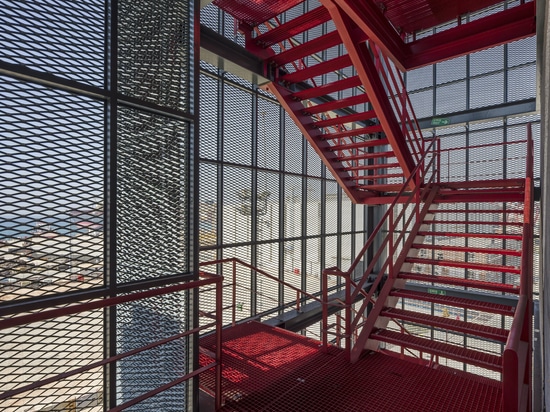 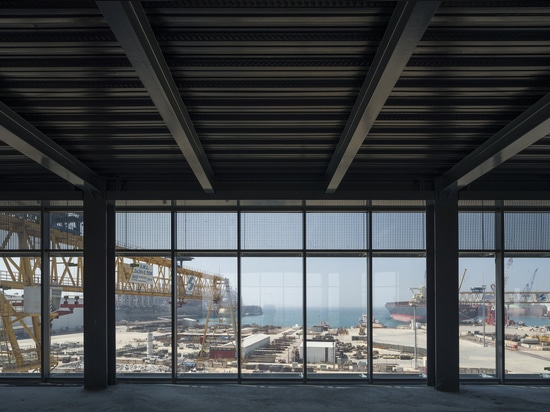 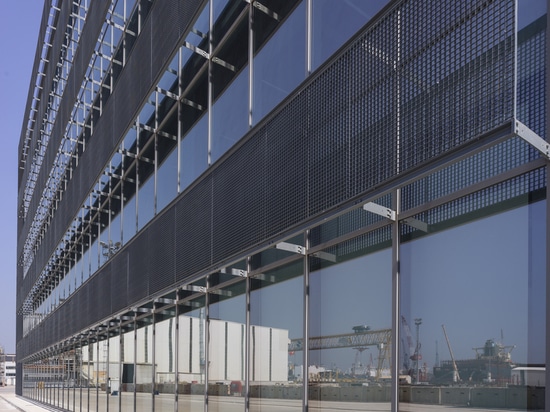 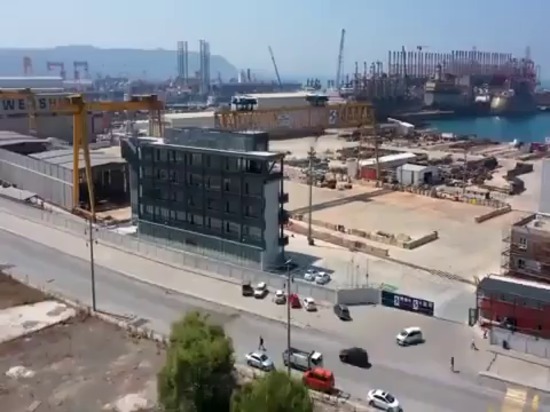