Saudi Arabia’s capital will soon be home to yet another striking and sculptural architecture landmark: the Olaya Metro Station.

Designed by Gerber Architekten, the dune-inspired transit hub will be topped by a palm tree-lined landscape and go 30 meters underground to accommodate retail and two subway lines. Slated for completion in 2018, the palm tree-covered transit hub has just entered the excavation stage and is hot on the heels of yet another dune-inspired metro station, Zaha Hadid’s King Abdullah Financial District Metro Station in Riyadh.

The new Olaya Metro Station design is part of the country’s plan to redevelop Riyadh’s metro system. Gerber Architekten won the bid for the design in a 2012 competition. Inspired by the Arabian desert landscape, the architects created an undulating “minimalist dune” glass-enclosed structure that “establishes a dialogue between tradition and future.”

The oasis-like building is topped with a large rooftop park planted with palm trees in a grid formation. The park will also accommodate numerous water features and gathering spaces. Below the undulating green roof is the large open-plan meeting area wrapped in floor-to-ceiling glass. Natural light floods the first floor and penetrates the underground levels that comprise a shopping mall, a multilevel car park, and two subway lines. 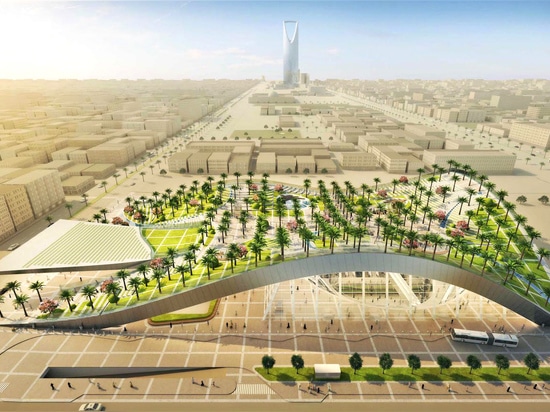 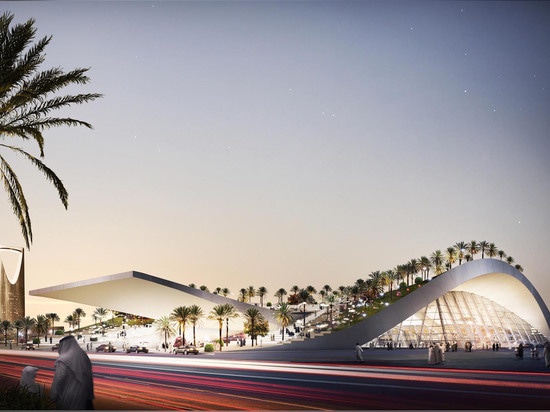 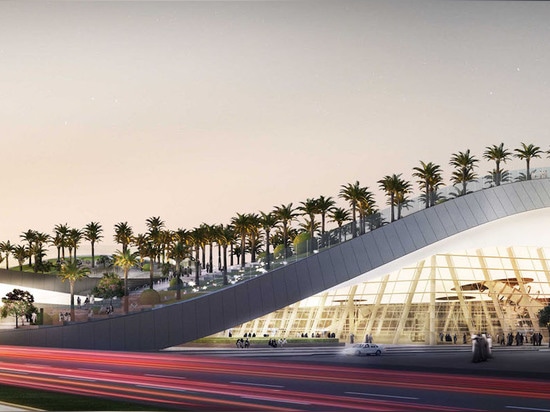 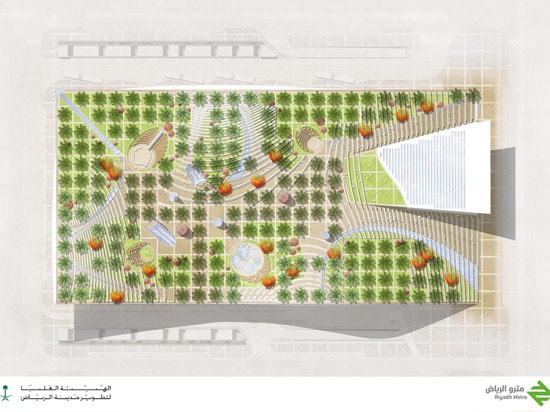 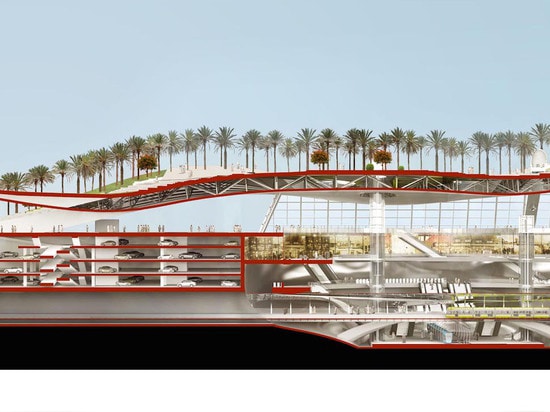 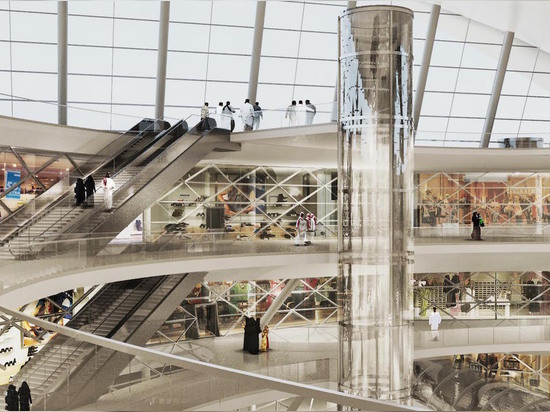