World's tallest Passivhaus building set to be built in Canada

UK studio WKK Architects has revealed visuals of the undulating 1075 Nelson Street skyscraper in Vancouver, which is set to become the world's tallest Passivhaus building.

It is being developed by WKK Architects with IBI Group for Henson Developments with the goal of demonstrating that contemporary, high-rise architecture can be built more sustainably and achieve rigorous Passivhaus standards.

Passivhaus is an international energy performance standard that helps to dramatically reduce space heating and cooling requirements in a building, as well as its carbon emissions.

"Vancouver is already known to be one of the nicest places to live in the world," explained Tom Wright, co-founder of WKK Architects. "The city's leadership also has high aspirations to make it the most sustainable city on earth," he continued.

"We believe that the new tower will become the litmus test for high-rise developments for cities around the world, and as such we expect great interest in the project during its construction and later occupation."

Once complete, it will take the title of world's tallest Passivhaus building from the Bolueta tower – the 28-story residential high-rise in Bilbao, Spain, which measures 88 metres in height.

1075 Nelson Street will be distinguished by its billowing form wrapped by metallic horizontal bands and, on the main facade, two vertical strips of wavey green cladding.

The tower's distinctive form has been developed to evoke a shoot growing up from its concrete surroundings and challenge the perception that energy-efficient buildings have to have basic, boxy forms.

"It symbolises a fresh start and renewed hope that there is a way forward towards a sustainable future where architecturally interesting buildings are still viable," said Wright.

To achieve Passivhaus standard, its exterior will be made airtight using 40 per cent high-performance triple glazing and 60 per cent super-insulated wall. This keeps heat loss through the building's skin to a minimum and ensures very little heating is required.

It will also utilise two low-energy heat recovery ventilation systems that will deliver fresh air to all of the apartments while preventing unpleasant draughts and maintaining its airtight shell.

The same system will reclaim heat energy from the exhausted stale air, and reuse it to heat incoming fresh air.

Details of 1075 Nelson Street's interior design is yet to be disclosed, though it is expected the 480 residential units will include 102 social housing units, 50 rental units and 328 condo units.

Construction dates are yet to be disclosed, but plans were approved by Vancouver City Council at a public hearing in June 2020. 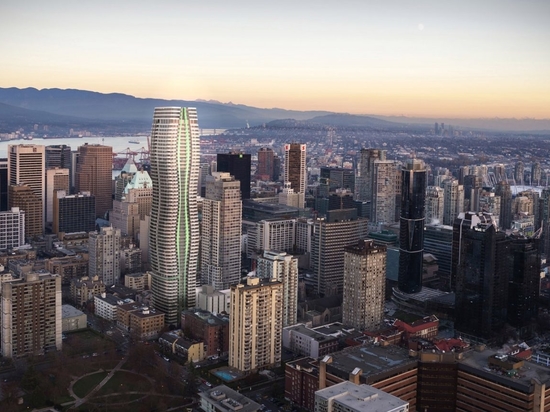 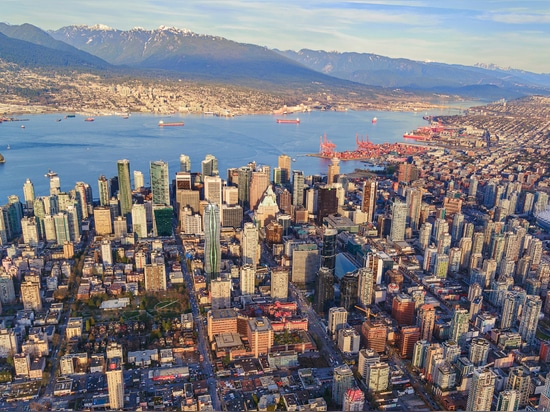 1075 Nelson Street will be built in Vancouver's West End 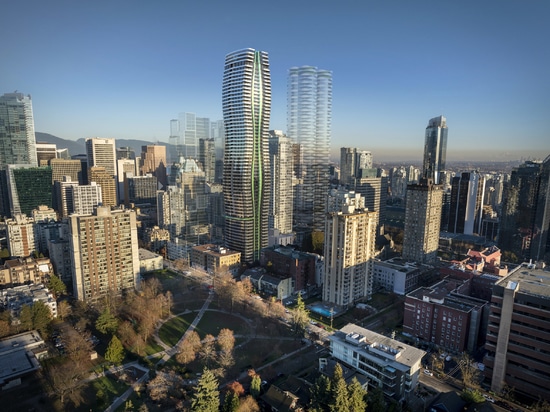 It will have a distinctive undulating form 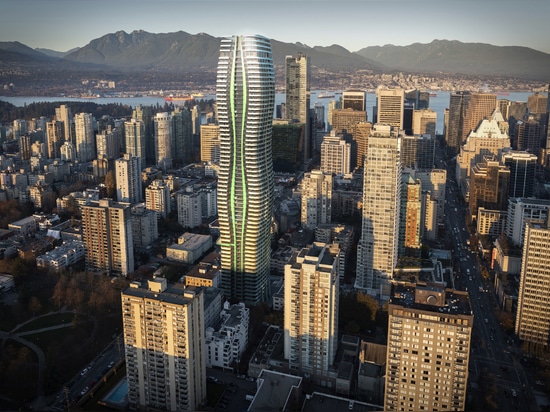 The tower will have an airtight exterior to ensure energy efficiency 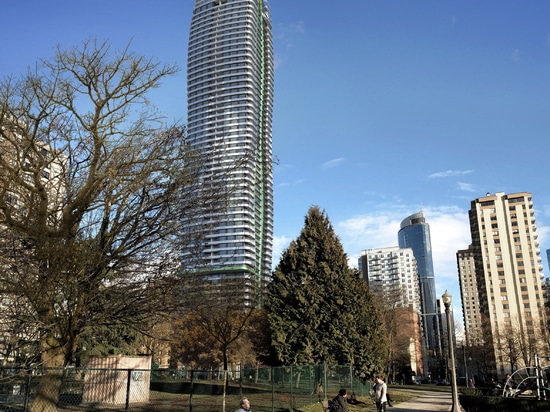 Its distinctive form is intended to evoke a shoot