The co-working space can be found along Rue du Quatre-Septembre in Paris' second arrondissement, joining two other branches of The Bureau in the capital's eighth arrondissement.

This new location is set inside a Hausmann building that dates back to the 19th century, but when it came to devising the interiors, Franklin Azzi Architecture had a more modern point of reference – mid-century homes created by American architect Frank Lloyd Wright.

"Those houses are manifestos because Frank Lloyd Wright broke free from unnecessary partitions to reveal open areas largely bathed in light, which was very innovative for the beginning of the 20th century," the practice's eponymous founder, Franklin Azzi, told Dezeen.

"For me, they are timeless works that reflect a real desire for integration into their environment through horizontality."

In keeping with Llyod Wright's architecture, The Bureau's ground level has been made to have a largely open layout.

The floor plan is interrupted by just one oak-lined partition, which is inbuilt with deep-set bookshelves and private booths where members can escape to take calls or do more focused work.

Adjacently lies an expansive workroom that features a long communal desk. Dangling above is a chandelier composed of glass spheres and silver-metal spokes.

Towards the front of the room is a concierge desk, which can be screened off by floor-to-ceiling green curtains if necessary.

The Bureau's in-house restaurant, called The Comptoir, has been created in a corner of the ground floor. A grey seating banquette winds around the wall, accompanied by brass-edged tables and wooden dining chairs.

Surrounding surfaces, including the structural columns and part of the ceiling, have been lined with slim mirrored panels.

Just in front of the restaurant is a striking, 70s-style decor feature – a sunken conversation pit complete with a plush, deep-green sofa and carpeting to match.

"In terms of inspiration, I position myself as an assembler, picking uninhibitedly from different periods and several registers," explained Azzi.

"We immersed ourselves in the 1970s world of American offices, as well as the colours and material codes infused with Oscar Niemeyer's work to create a unique hybrid identity for The Bureau."

Here, as well as downstairs, are a number of furnishings and ornaments sourced by French decorators The Socialite Family.

Photography is by Valerio Geraci. 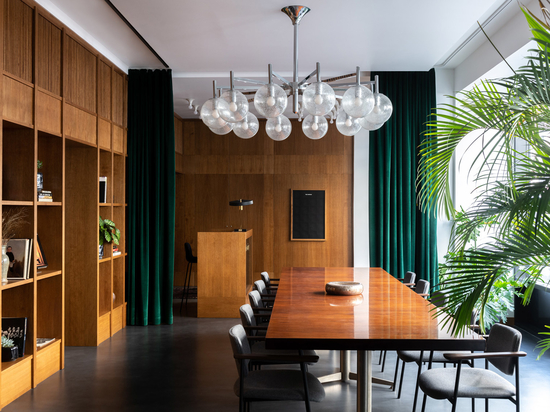 one of the building's communal work areas 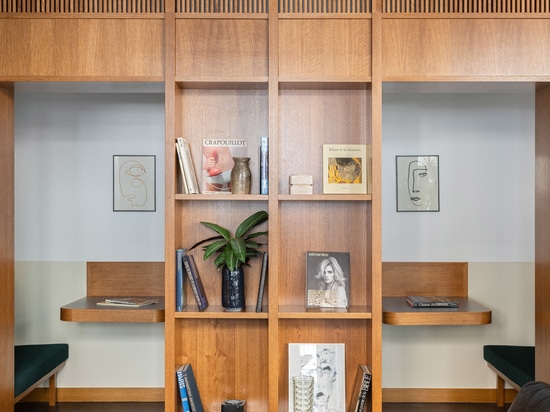 An oak partition is inbuilt with private work booths 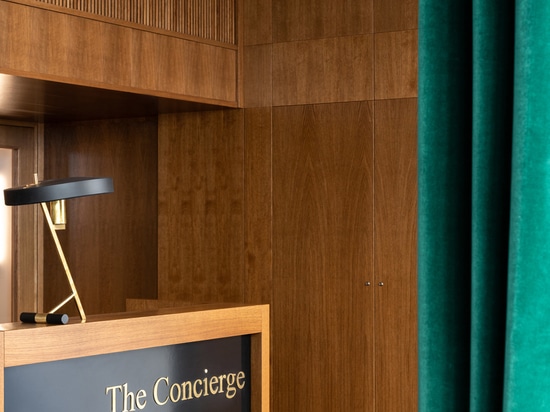 The concierge desk can be screened off by heavy green curtains 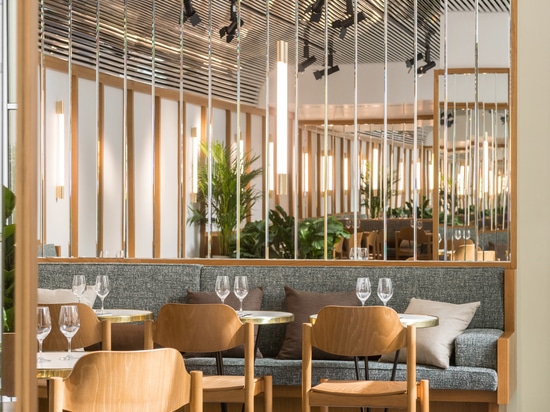 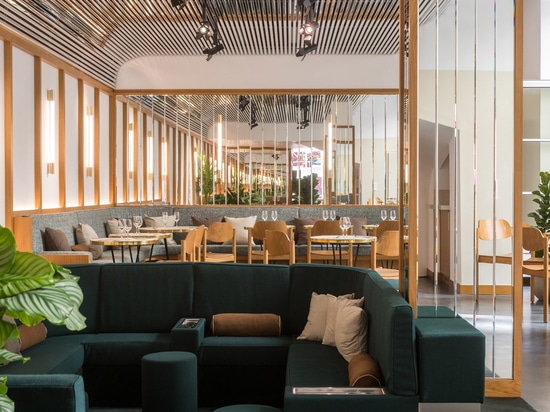 A sunken conversation pit lies in front of the restaurant 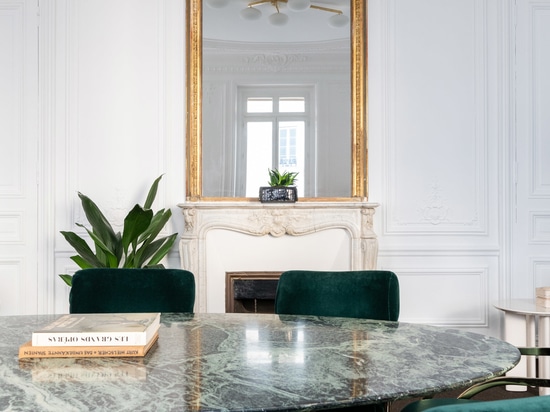