Studio 10 has remodeled a suburban residence in China, for a private client who wishes to add some contemporary and whimsical taste to the house that has been accommodating him and his family for more than a decade.

Hidden within the lush landscape, the italian style building generates a parallel universe, reminiscent of the Tuscany countryside. Due to stringent statuary restrictions on exterior renovation, the architects focused on reshaping the interior space as well as reinforcing its connection with the outdoor surroundings.

Studio 10 approached the design by turning to the historical archetypes of countryside villas for inspiration: in the palladian villas, perspective and depth are often reinforced to facilitate interactions between the interior and the outdoor vistas. As a contemporary interpretation, the architects have added horizontal and vertical openings to reinforce both the depth and superimposing of spaces, connecting them with lines of the surrounding views. Furthermore, arched window openings have been added on the exterior walls, acting as a framing medium of the landscape for the spectators inside.

In the original building, there were various rooms and spaces, mostly separated and isolated, only connected through doors. The intervention restructured the space so that the foyer serves as the juncture of the communal spaces, views, and flows, with all rooms organized around it. Furthermore, Studio 10 has reduced the classical components of the pre-existing structure to abstract blocks, proportions, and symbols, before re-introducing them into the newly designed interior.

The addition of the arch between the foyer and tearoom softly redefines the two spaces. When occupants observe the woods outside of the tearoom windows, the arch serves both as a frame and an architectural reference for viewers, while also concealing the powder room door. The kitchen and breakfast room were merged to form a larger space, while the added four paired arch openings generate a closed circulation and visual loop to interconnect the public spaces of living and dining.

Studio 10 has also renovated the basement swimming pool. As the first floor is elevated, the basement is situated at the same level with the rear garden with the pool extending into it through a series of arched glass windows. To some extent, this area reminds of a loggia, which is quite common in palladian villas. An addition of vaulted dropped ceiling merges with the wall seamlessly, guiding views towards the sculptural formations, as well as the distant countryside views. 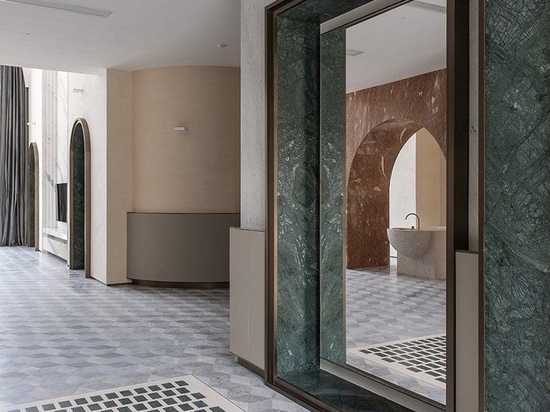 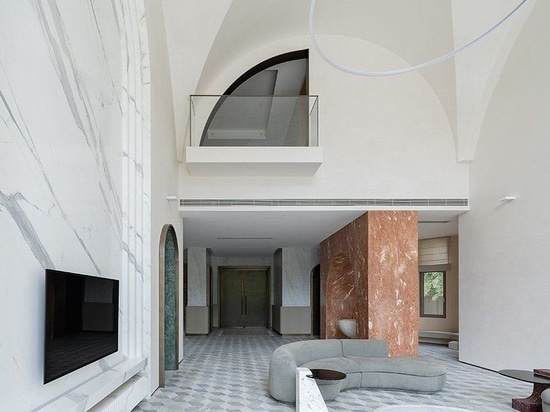 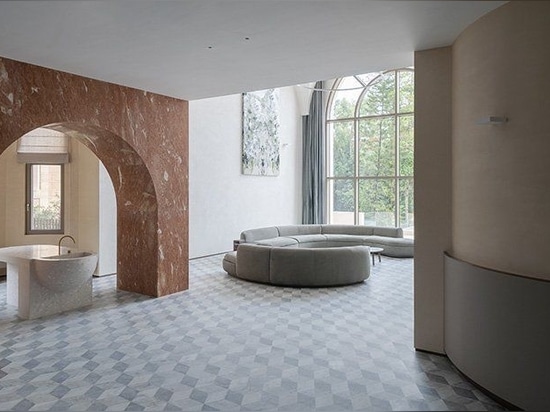 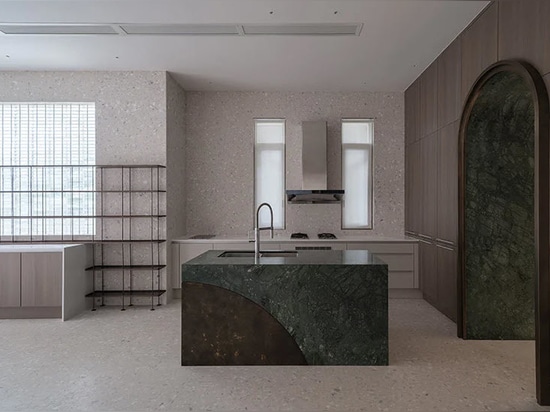 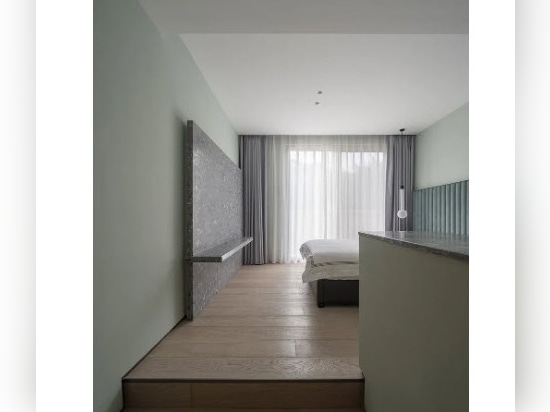 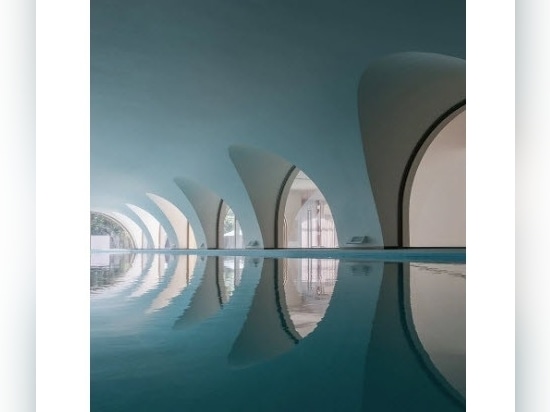