Inside the newly designed London home of chef Jason Atherton

Warm, flowing interiors and a focus on the kitchen define chef Jason Atherton’s new home in London by Rosendale Design

London-based interdisciplinary studio Rosendale Design is an expert in creating award-winning, chef-led, fine dining restaurant and hospitality interiors, with spaces such as King’s Social, Roux at Parliament Square and Bryn at Somerset House under its belt. So when the practice was invited by celebrated chef Jason Atherton to refresh his private London home, the project must have felt like both an exciting new challenge, and slightly familiar territory. Especially as the brief – perhaps unsurprisingly – placed a focus on the kitchen area.

‘As Jason does spend a significant time at home, he wanted a kitchen to be proud of and feel at home in and where him and his family can relax and bond together in,’ says Rosendale Design founder Dale Atkinson. ‘He knew that at some point there would be the possibility of presenting from his home kitchen so we were all mindful that it would be filmed at one time or another. But most important for him was a space that he could cook and be with everyone.’

Seeking to balance London’s often grey weather, the team worked on a warm material and colour palette, including dark stained oak (for the cabinets) and Rainforest brown marble (for the worktop and splashback). A luxury commercial cooking suite by Italian brand Marrone features at the kitchen’s heart (the floor structure even had to be reinforced to support the extra weight).

A curved booth at the end of the kitchen provides a cosy communal dining area. A set of existing glazed doors were replaced with updated, double-glazed ones that open the full width of the kitchen onto the terrace. This way, the food preparation areas are directly connected to the greenery and light outside.

Beyond the kitchen, the design team also opened up the ground level to allow for a flowing interior, perfect for entertaining. It also created a cinema, games room and a wine cellar in the basement. Walk-in wardrobes for Jason and his wife, Irha, were also installed upstairs, by the master bedroom.

‘The three words mentioned early on [in the design process] were: timeless, refined, and warming,’ says Atkinson. ‘But most importantly it needed to be a family home, not just a show home.’ 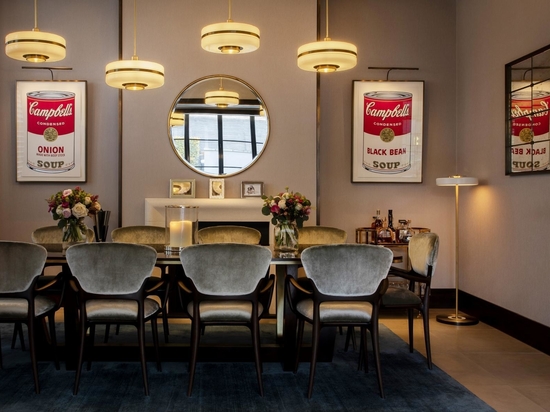 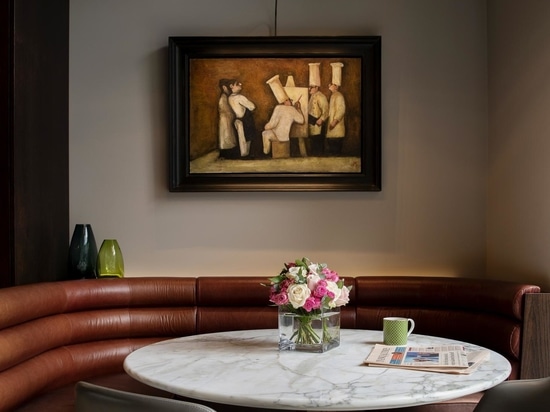 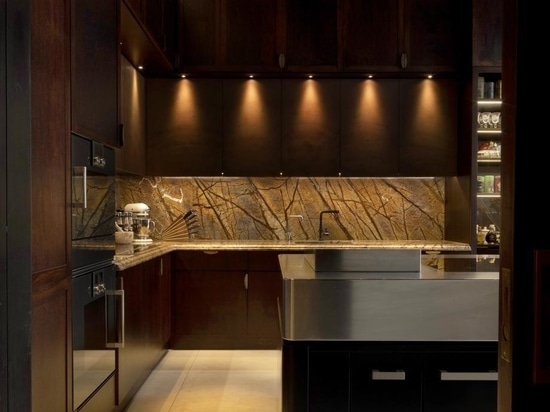 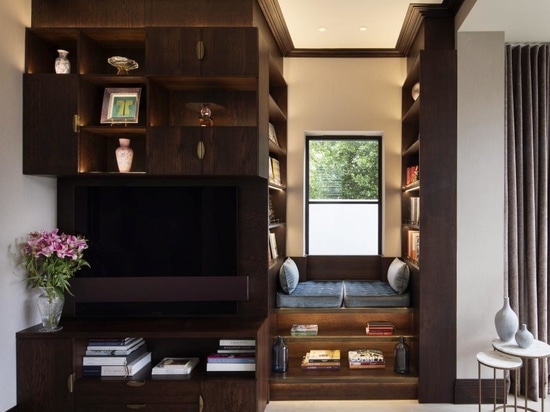 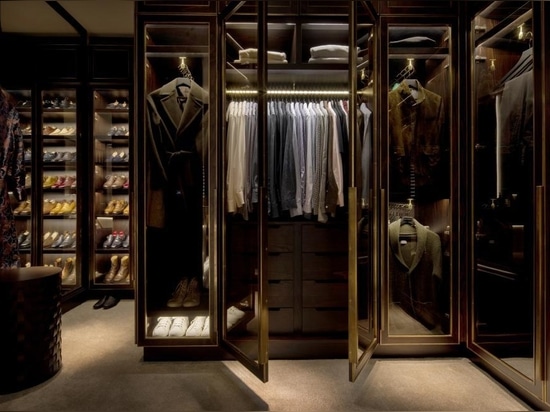 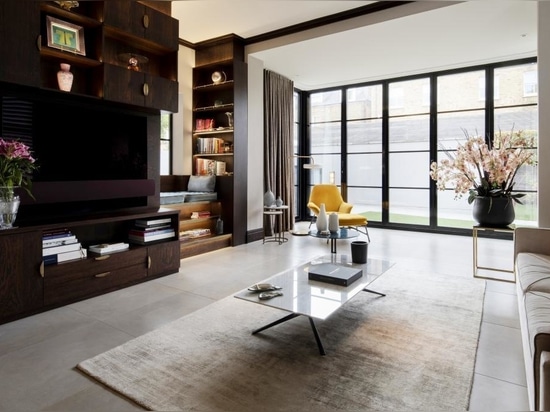